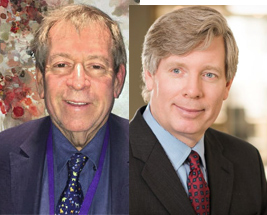 At first blush the U.S. shopping list for NAFTA renegotiation seems like more of the same – indeed, most of the items have been on the front or back burner for years.

Buying into talk of ‘tweaks’ is dangerous and it appears the Federal Government brains trust/war room appears to be becoming downright skeptical about the mixed messaging from Washington and the Southern White House at Mar a Lago.  Late last week, National Post columnist John Ivison reported on a Memorandum to Cabinet (usually confidential) which mused about tweaking the Eagle’s Tail feathers – by applying a strong dose of the Americans’ own medicine.  It’s about time.

Canada and the U.S. are each other’s largest steel suppliers. The “Buy American Improvement Act of 2017”, sponsored by the Congressional Steel Caucus, could, if passed, be very disruptive to the Canadian steel industry.  Though any tit for tat response by Canada would certainly attract attention in Washington, the Trudeau government should give it careful consideration before taking us down that twisted and bumpy path. It is not too early, however, to start the messaging about what the effect such actions by Canada could have on US businesses and consumers.

It is time for Canadian stakeholders to do their research in the cold hard light of day – recognizing that everything is on the table.  In a renegotiation of NAFTA, they should recognize that they are at risk of becoming bargaining chips.  Canada’s Chief Trade Negotiator, Steve Verheul, has launched what will be an on-going consultation process with stakeholder groups.  Verheul, a straight shooter not prone to painting rosy pictures, will use these consultations to assemble Canada’s list of grievances with current U.S. trade practices.  He will not go into the NAFTA re-negotiations unarmed.

As the U.S. engages in aggressive use of trade remedy investigations in order to close its border to imports, foreign products that once headed into the US could be diverted to Canada, the closest market with similar needs and requirements.  And, the large volumes diverted from entering the much bigger U.S. market will have much greater impact on the smaller Canadian market.  This de-stabilizing scenario extends to products well beyond the currently-targeted steel and aluminum.

Last week, interim U.S. Trade Representative Stephen Vaughn conveyed the Trump Administration’s opening positon in a letter to Congress.  The members of the House of Representatives and the third of the Senators who will be facing elections in 2018 will soon have a different focus.  Congress could kill some of the more extreme positions – but could also make others worse.  Recently, when U.S. Trade Representative-nominee Robert Lighthizer appeared before the Senate Finance Committee, members spent a lot more time focusing on problems with Canada than with Mexico.  Daring to be different does not fly in the U.S. Senate.

Dispute Settlement, Chapter 19 of NAFTA, has been under attack since it was included in the 1987 Canada-United States Free Trade Agreement. The U.S Lumber Coalition never embraced it and now desperately wants  the chapter killed.  Who would want dispute settlement where the judges are trade practitioners and tend to be more interventionist than the Court of International Trade or for that matter, Canada’s Federal Court of Appeal?

Canada bought and paid dearly for this independent dispute settlement mechanism.  It has been important to softwood lumber exporters and could also be important to Canada’s supercalendered paper exporters.  Chapter 19 is a discipline on U.S. behavior based on the application of its own rules.  It is clear from the U.S. agenda that the rules and balanced agreements that were so carefully negotiated are disposable as soon as U.S. interests lose disputes.

The U.S. lumber coalition has strong support from at least 25 Senators.  The notion of eliminating Chapter 19 does not seem to have many opponents in Congress.  In the past, the Administration would defend the integrity of its trade agreements.  Under Trump, that world has exploded – now zero-based review and demolition have replaced aggressive trade diplomacy.

Canada has been lumped in with Mexico in the Department of Commerce’s study of the causes of the U.S. trade deficit.  But, the numbers suggest that Canada is not part of the problem; in 2015, US exports to Canada ($280B) and imports from Canada ($295B) were nearly in balance.  And, roughly 40% of those US imports were in the oil and gas sector ($70B) and vehicles ($55B, due to the highly-integrated market).  Despite the lack of supporting evidence, Acting USTR Stephen Vaughn claims the case for beginning with Canada and Mexico is compelling.

Canada and Mexico can agree with the U.S. that NAFTA needs some updating.  The ten additional trading countries who were part of the Trans-Pacific Partnership negotiations — which in many ways was a modernized NAFTA — watched, shocked and appalled while President Trump trashed the TPP.  Washington’s new strategy is to approach each former TPP trade partner bilaterally, on the assumption that is the best way for the U.S. to maximize its leverage.  Also, Trump believes that this approach will keep other countries from benefiting from the big bang which was supposed to be the TPP.

Ambassador Vaughn’s list may appear routine and mundane but, as always, the devil is in the details and, so far, the details suggest just how much change the Trump administration wants in the NAFTA rebalancing. The issues on the list are wide open; potentially a serious overhaul. Definitely not detailing or tweaking.  Everyone is expected to give, while the U.S takes.

Inside US Trade reports that Commerce Secretary Wilbur Ross has explained that his department’s quick-and-dirty 90 day analysis of the reasons the US has trade deficits with its major trading partners will consider the following factors:

Canada should do well on an objective analysis of its bilateral trade with the U.S., but how will Washington deal with any failing grades on our report card, when bad behaviour and cheating are in the eyes of the beholder.   Normally, allegations of cheating and inappropriate behavior would be addressed through WTO dispute settlement processes. But, Ambassador Lighthizer doesn’t trust WTO dispute settlement mechanisms.

Forget about improvements in technology, productivity gains and innovation as reasonable explanations for changes in trade flows.  To the Trump Administration, these are simply bothersome facts which will get in the way of the desired conclusions.

Donald Trump’s frequent complaints about the inadequacies, mistakes and incompetence of past U.S. negotiators is baseless campaign rhetoric which should have died after the primaries.  Over the years, American trade negotiators have been tough, knowledgeable and well-respected by their international counterparts; they were certainly never regarded as lightweights and there aren’t many countries who ever emerged from a negotiation with the U.S. thinking they had gotten the better of the Americans.

The Trump Administration’s insistence on the need for re-negotiation of NAFTA is bad news for the rules-based international trading system.  To have any credibility, there must be an important degree of permanence to a trade agreement.  Its life should be measured in decades, not presidencies; politically-motivated moves to rebalance deals to favour the U.S. will only serve to make potential trading partners more reluctant to put in the years of effort and political angst required to achieve an agreement.

The WTO and bilateral or regional trade agreements are meant to provide secure and guaranteed market access through contractually bound concessions and objective rules of behavior.  The standard is not – I am going to take my football and go home – and build a wall in the bargain.

Canada has already agreed to revisit NAFTA.  But, of course, we didn’t really have a choice.   Canada’s objective now must be to ensure that what transpires is a genuine negotiation, not simply a dictating of new terms by Washington.  President Trump’s agenda for improving the North American economy is too focused on improving the U.S. economy.  There is a real risk that benefits to Canada (or Mexico), if any, will be accidental, not part of a design.

With Donald Trump in the White house, there is a very real risk that Canadian companies and jobs will be lured (or cajoled) across the border (as Electrolux and Caterpillar were).  And, tight Buy American rules will only encourage more Canadian-based businesses to establish or re-locate south of the border, or fill orders from their U.S. plants instead of from Canada.

It is important – and reassuring – that the Trudeau Government is gearing up to defend Canada’s interests.  But, while we should be prepared with our own offensive list to use when appropriate, Canada’s negotiators should not be too willing or eager to engage.  The Trump negotiating style is grinding.  It is far better to turn the tables and force the U.S. to be the demandeur; Canada should be responsive and we should pace ourselves.  Canada should insist that the U.S. tell us specifically what they would like changed in NAFTA and how much they are prepared to pay.  It is all about leverage and we best not waste ours.

Canada bought and paid dearly for NAFTA, years ago.  If the U.S. wants to change the deal it must understand there is a price.  Though many of the changes to NAFTA sought by the Trump Administration were already addressed during the Trans-Pacific Partnership (TPP) negotiations, the U.S. cannot be allowed to pick the bits of the TPP it likes while devaluing and negating the concessions and gains that Canada and other TPP countries worked so hard to achieve in the seven years of arduous multilateral negotiations.

James Anderson, a partner in National Newswatch, has served as a senior advisor to a Minister of International Trade.  As Principal Advisor with Public Affairs Advisors, he provides clients with government relations and strategic communications advice on a broad range of issues.