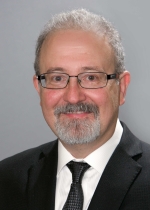 In their letter of welcome to new CRTC Chair Ian Scott, Ministers Melanie Joly and Navdeep Bains wrote that the government’s objectives are to improve the quality, coverage and price of telecommunications services. This echoed remarks from Minister Bains earlier this year at The Canadian Telecom Summit.

There is a difficult tension in these objectives, seeking increased investment while maintaining, if not improving affordability. The Ministers wrote “All Canadians and Canadian businesses deserve high quality telecommunications services at affordable prices.”

It is a delicate balance. Quality and coverage require significant levels of capital investment, especially in a country like Canada.

How do we define and measure “affordable”? We all want lower prices for everything, but the modifier “high quality” makes low prices more of a challenge. That is why we should be careful not to equate “affordable” with rock bottom prices.

A number of recent speeches and announcements from the government have claimed Canadians pay more for entry-level cell service compared to residents of the US and the UK. There have historically been problems with the way the OECD and CRTC has collected communications pricing information. For example, the CRTC does not include flanker brands (such as Virgin, Koodo or Fido), or examine pre-paid plans, precisely the kinds of services that would be the most attractive choices by lower income consumers. Both OECD and CRTC do not account for the difference in the quality of networks nor for the difference in density of population for these comparisons. Further, the information collected is typically outdated by the time it is published and tough to verify.

A recent report by Wall Communications submitted to the CRTC observed that “an inherent problem in defining affordability is the need to invoke some benchmark for which there is no objective definition.” Canada’s Public Interest Advocacy Centre has suggested communications services are affordable when they make up no more than 4% to 6% of a household’s income.

The Wall report found “The lowest priced Smartphone service that is widely available across Canada constitutes roughly 1% or less of the low income cut-off.” Further, measured as a percentage of low income level, Canadian entry level prices for a voice, text and data plan is similar to Germany, Italy and Australia, and almost half the level of the US, where entry level voice, text and data plans cost 2% of American low income levels. So, while Canadian prices may not be the lowest, entry level plans are affordable when compared to our peers, consistent with a report from The Economist Intelligence Unit ranking Canada number 1 in communications services affordability.

What about coverage and quality?

A February 2017 report from the GSMA found that Canada had the highest spectrum cost measured on a per capita basis, roughly $350 (US) per person, as compared to $200 per person in the US and about $50 per person in the UK. Recent reports have shown that Canada led all G-7 countries in capital spending per subscriber. Measured as a percentage of revenue, Canadian capital spending was top in the G-7 and fourth in the OECD. All of that investment has been paying off, providing high quality network wireless coverage to most Canadians. In announcing the latest spectrum policy consultation, the government acknowledged that Canada’s networks rank second among G7 countries for average wireless connection speeds and 98% of Canadians have access to LTE wireless technology.

Canada is now setting the rules for the next multi-billion dollar auction of spectrum and the country has launched a consultation on what its spectrum policy should look like for the next 5 years. At the same time, the wireless industry is preparing for what has been called a “generational investment” in the latest 5G technology.

Lower prices won’t ensure Canadians have access to affordable options no matter where they live. Regulations, spectrum policy and auction rules have to preserve the delicate balance that enables mobile service affordability while encouraging investment in high quality networks that are available from coast to coast to coast.

In naming him as one of Canada’s top 10 technology bloggers in April 2008, itWorld Canada wrote: “No one does a better job of exploring, interpreting or criticizing telecommunications policy in Canada. Period.”