The government needs a new approach to income tax reform 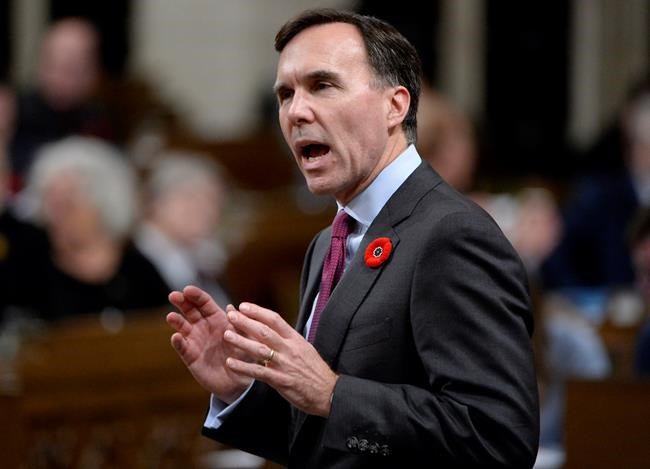 What a mess the Finance Minister, the Finance Department, the Prime Minister’s Office, and the Privy Council Office created, over the past few weeks, in their attempt to reform the taxation of Canadian Controlled Private Corporations (CCPC).

Giving away a 1.5 percentage point in the small business rate, when no one was asking for it, only served to widen the gap between public and private corporations, and increase the disparity between earning income in a CCPC as opposed to employment income (while that was never a relevant point of comparison, it nevertheless was the one they used). The proposed adjustments to passive income earnings in a CCPC are virtually incapable of either being complied with or administered.

The net result of all this is a Finance Minister with very little credibility (only made worse by the Finance Minister’s cynicism about using a blind trust for his financial assets), and a Finance Department with diminished authority, both within and outside government. Inevitably this means a weakened government.

So what is the prospect for income tax reform? No one would be surprised if the Finance Minister simply washed his hands of it. After all, the Minister was not served well by both his political and bureaucratic advisers. They provided him with inadequate analysis, incorrect policy advice, a ridiculous communications strategy, and most importantly, with a process doomed to failure.

Given this why do anything? The reason is simple. The current income tax system is a major obstacle to strengthening long-run economic growth. Without reform it would be difficult for the government to implement its policy agenda and the Finance Minister knows this.

Unfortunately, the government’s piece meal approach to tax reform, without extensive input from the groups affected, or from tax professionals who work with the tax system on a daily basis was doomed to fail. If income tax reform is to have any chance of success it must address all the parts of the Income Tax Act (ITA) simultaneously, in order to understand and make the policy trade-offs that would inevitably have to be made.

The Finance Minister must adopt an approach that is open and transparent, with involvement of all stakeholders from the very beginning. This means that tax reform cannot be done “inside” the Finance Department. What is required is an independent tax reform commission, like the Carter Commission, with a specific mandate provided by the government. The Tax Reform Commission (TRC) could be assisted by the Finance Department, but the TRC would seek input from all stakeholders. 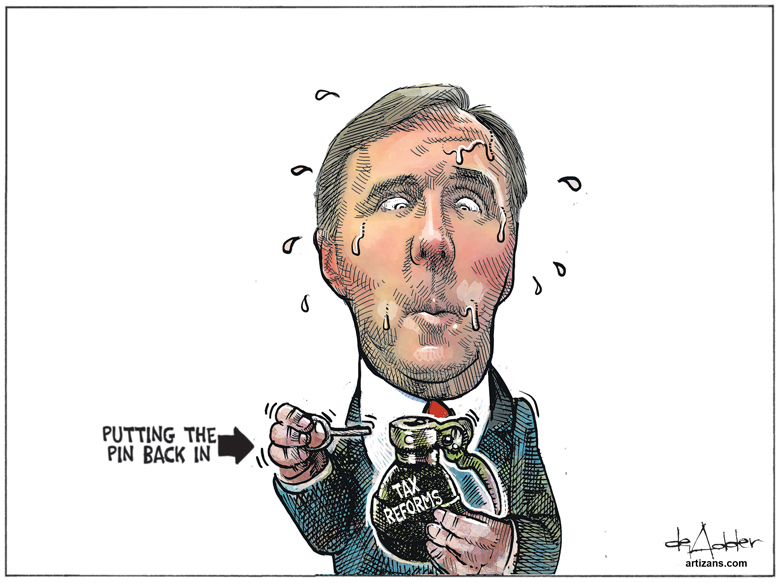 Realistically, successful income tax reform will take months or most likely years. Tax reform will impact all Canadians and they will need to understand it if they are to accept it. This will require considerable input from the Prime Minister, the Finance Minister, the Cabinet and the government.

Tax Reform won’t be easy. The ITA now contains some 3,500 pages and it is this steadily increasing complexity that concerns the professional tax community – lawyers, accountants, tax administrators, policy makers and the Courts that must interpret the tax law.

When you review the evolution of the ITA, what you find is an exhaustive and intricate system of special rules reacting to all sorts of circumstances that were not prevalent in 1917, let alone even 5 years ago.

The age of the global economy and the increasing pace of information exchange has forced a sense of urgency on policy makers to introduce ever-changing rules and regulations in an effort to respond to particular circumstances, or at least to control their economic results and their impact on the treasury. This growing complexity arises from the simple fact the tax system is used to serve at least four conflicting purposes.

First, for years governments have used the ITA to carry out economic and social policies in addition to raising revenue. The current ITA includes literally hundreds of special tax rules designed for very specific groups and purposes. Some of the better known include: RRSPs and pension plans to encourage taxpayers to provide for their retirement; the Canada Child Benefit, to support lower-income families; and RESPS, to encourage saving for post-secondary education; pension splitting to help seniors, to name only a few.

Without these and scores of other special rules, the tax system would be much simpler, but this would require that the government stop trying to “socially engineer” many aspects of individual behaviour.

Not surprisingly, each special tax rule has its constituency that has grown used to seeing the tax system as the delivery vehicle for the indirect government spending that benefits it. Removing special tax rules and benefits, especially those that have been in place for a long period of time, and have a strong political constituency, will require a major commitment in time, resources, and most importantly political will. Some could still be retained but delivered through program spending, thereby making the measure more transparent and subject to increased scrutiny by Parliament.

What makes it even more difficult is that there is no agreed upon definition of fairness. Tax fairness means different things to different people and the views of economists and tax experts with respect to tax fairness are not relevant.

Third, governments want the tax system to provide taxpayers with a reasonable degree of certainty. Complex transactions result in complex tax law, if taxpayers and their professional advisors are to be given the certainty they require to complete multi-million dollar transactions.

Tax advisers want more certainty and more detail in the law so that they can better counsel their clients. On the government side, legislative drafters are understandably wary of vague language and general propositions, given how the courts usually interpret tax legislation.

Finally, governments want the tax system is to provide predictable revenue for the government. This overriding goal often makes new tax rules necessary. For example, the collapse of the manufacturers’ sale tax in the 1980s was one reason for the creation of the GST. As well, the need for government revenue led to the introduction of the capital tax on large corporations, when deficits were large and governments aimed to eliminate them. Taxes on banks and special high-income surcharges are other examples.

Although the income tax system has clearly evolved incrementally over the years, its key structural elements and core underlying assumptions have not been re-considered for at least 20 years and, in some cases, for almost 40 years. During this time, however, there have been significant changes in society and the economy.

These changes include, for example: the increase in non-standard employment (self-employment, temporary and part-time); a rapidly aging population; growing income inequality; increasing pressure on the competitiveness of our tax regime vis-à-vis other jurisdictions; the changing concept of “family”; the emergence of the internet as a means to provide services to anyone, anywhere in the world. Despite all these changes, no evaluation has been done to confirm whether the basic structures, or targeted measures, fairly reflect these realities.

The Standing Committee on Finance, in its pre-Budget 2005 consultations report, and in subsequent reports, recommended that the federal government undertake a comprehensive review of the personal taxation system in Canada. Nothing, however, was done. If anything, the tax system became more complex with the addition of many new special tax benefits, the most important being the splitting of pension income.

Reform of the ITA cannot simply be about “helping the middle class”. Reform of the ITA should focus on potential improvements in efficiency, fairness, simplicity and sustainability, taking into account changes in society and the economy.

A tax reform commission would need to address a wide range of critical issues. What is the appropriate tax base? How much progressivity is reasonable? Are high marginal effective tax rates hurting Canada’s productivity and growth? What is the appropriate tax unit? How should saving/investment be taxed? How can our personal and corporate income tax systems be competitive with that in the U.S.? Are there alternative ways to define “income” for income-tested tax benefits? Can the tax burden be shifted from personal income tax (PIT) and if so, to where (e.g., the GST)? What needs to be done to establish a fair and effective tax administration? Are tax expenditures adequately evaluated on a value-for-money basis and on an on-going basis similar to program spending?

The corporate income tax (CIT) system is very sophisticated system that combines a number of essential elements that have undergone significant change over the past 30 years aimed at making the corporate tax system competitive internationally. While the CIT system has undergone numerous updates over time to maintain international competiveness, the newly released tax proposals in the U.S.A., as well as the prospect of NAFTA being abandoned, requires a major review of the CIT system to ensure our ability to compete. This should be part of the mandate for the Tax Reform Commission.

C. Scott Clark is currently President of C. S. Clark Consulting. Prior to that he served as Deputy Minister of Finance under Paul Martin. Peter Devries was Director of Fiscal Policy in the Department of Finance and adviser to the Deputy Minister. Len Farber has been a senior advisor at Norton Rose Fulbright since 2006. Prior to that was General Director, Tax Policy Branch, Department of Finance.