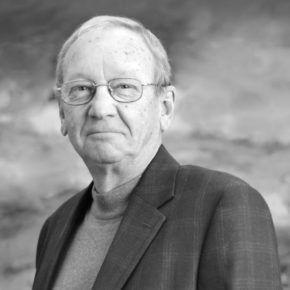 Tax reform is risky for any Canadian government.  When it targets personal or business income tax deductions, it can become downright dangerous.

Over time, as these provisions get “baked into” the system, broad classes of taxpayers organize and structure their financial affairs around them to access the tax benefits.  The people and companies who use them do not see these as “loopholes” or “tax dodges,” but simply as good business—making use of tax benefits “that were created by the government for people like me,” so what could be wrong with that?  Predictably, strong and potentially vociferous constituencies grow up in support of these benefits, remaining invisible until tax reform arrives on the scene.

In the wake of the recent difficulties encountered by the government with its small business tax reform proposals, C. Scott Clark, Peter T. Devries and Len Farber recently called for a full review of the taxation system in Canada.  They noted that the Income Tax Act now comprises some 3,500 pages, is so complex that it presents a barrier to economic growth, and that its “key structural elements and core underlying assumptions” have not been seriously looked at for years.

It’s all a familiar refrain.  These arguments also echo the suggestions of many tax experts during the recent controversy, namely that instead of a piece-meal approach to one aspect of the system, the proposed changes should have been proceeded by a broader review of taxation.

All of this sounds very rational and common sense, but Canada does not exactly have a stellar history of success when it comes to tax reform.

The grand-daddy of Canadian tax reforms was Kenneth Carter’s Royal Commission on Tax Reform in the 1960s.  Launched by John Diefenbaker in 1962, its report was received by Lester Pearson in 1966, and responded to by the Trudeau government through a White Paper and then its 1971 Budget.

Carter took the comprehensive approach. His six exhaustive volumes suggested simplicity, fairness and balance as guiding principles, underpinned by one key recommendation: “a buck is a buck is a buck,” meaning that on both the personal and corporate sides, the basis of income tax should be all income, regardless of its source.

While Carter’s thoughtful recommendations ultimately established the basis of today’s integrated approach to personal and corporate taxation, his more detailed proposals foundered.  After years of study, finance minister Edgar Benson in 1971 largely abandoned the reduction of tax benefits, due to vociferous opposition and lobbying from oil and mining companies and small business groups. The interests of the 10 per cent conquered the interests of the 50 per cent.

Allan MacEachen’s 1981 budget took a different approach.  In an uncharacteristic departure from an otherwise stellar career, he launched a sneak attack with no advance context or warning, proposing to end or tighten no less than 163 “selective (tax) write-offs, exemptions and deferrals.” In fairness, he also offered a quid pro quo—lower overall income tax rates for 5.8 million Canadians.

MacEachen’s budget proposed taking down scores of tax provisions around which millions of Canadians had built their economic lives:

The Progressive Conservative opposition sent out a young Ontario MP named Perrin Beatty to tap into the groundswell of anger.  He held public meetings across the country, and the result was an outpouring of rage.  Mr. MacEachen did not help his case when he held a background media briefing over a lavish lunch at an upscale Ottawa hotel.  The media ate his food and drank his wine, then went out and skewered him for it. Within a month of the budget, the government caved and withdrew many of the proposals.  Mr. MacEachen survived to produce one more budget and was then moved to External Affairs.

The third modern example of tax reform was the most successful.  Prime Minister Brian Mulroney and finance minister Michael Wilson departed from the Carter and MacEachen approaches by laying out extensive groundwork for tax reform in their initial budgets and through specific consultations post-1984.

As a result, the 86-page White Paper on Tax Reform released by Wilson in June of 1987 contained no surprises because of the government’s previous work on consensus-building.  It proposed changes based on four key principles: fairness and equity, increased incentives to work and invest, the removal of obstacles to growth and job creation and responsible fiscal management.

In addressing the inequities that had arisen in the corporate tax system, the White Paper contained some eye-popping statistics about how corporate taxation had become skewed and inequitable:

As the White Paper concluded, “the problems with our tax system…are increasingly undermining the foundation of equity on which a well functioning tax system must rest.”

As a result, base broadening for both the corporate and personal taxation sides was a major part of the Wilson reforms.  On personal taxation, the White Paper proposed the closure or reduction of many tax deductions and the conversion of others into credits, but also would collapse the existing ten personal brackets down to three, with reduced rates for each of the new brackets.

The Mulroney-Wilson approach worked.  On the personal side, the government got the balance right between lowering or eliminating deductions or converting them into tax credits, and consolidating brackets and lowering tax rates across the board, which went down for most taxpayers.  On the corporate side, the government took the time to do its research, marshal its arguments and make the case for restoring greater horizontal equity to the system.  The changes proposed in the White Paper were largely implemented.

There are several lessons for current and future governments to be taken from these three tax reform experiences.

Carter took the traditional approach, bringing huge expertise and experience to the task.  While his commission resulted in an integrated approach to personal and corporate tax systems that was much-needed, his proposed closure of personal deductions as a trade-off for lowering the rate were largely abandoned.  And the entire process was glacial, taking nine years from start to finish!

MacEachen’s attempt was an unalloyed disaster.  By failing to prepare the way for reform through previous budgets, proposals for discussion and consultations, and springing his proposals as a sneak attack with no context, he touched off a firestorm that could not be ignored or put out, and the government was forced to retreat.

The success of the Wilson reforms was clearly due to the careful and deliberate preparatory work that preceded it—Mr. Wilson took the time to set it up and get it right.  It’s also useful to note that in comparison to the two other failed attempts at tax reform, Wilson’s were probably the most modest in scope.

Perhaps the message is that in tax reform, as in other things in life, sometimes modesty is the best route to success.

There’s another important lesson to note from these three experiences: tax reform winners are almost always silent, while losers can be counted on to howl and mobilize!

Geoff Norquay is a Principal with the Earnscliffe Strategy Group.  He was previously a senior advisor to Prime Minister Brian Mulroney and Director of Communications for Stephen Harper, Leader of the Official Opposition.