National Security is not at stake in NAFTA negotiations, it’s just give and take 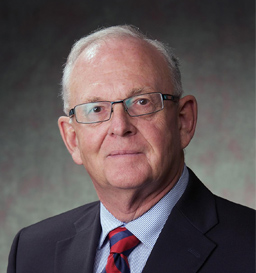 Is Canada a national security threat to the United States?  President Donald Trump’s administration says it is.  In June, it invoked a seldom used national security provision in the 1962 Trade Expansion Act to impose tariffs of 25 percent on steel and 10 percent on aluminum imported from Canada, contending that rising imports could endanger the defence industry’s capacity to meet American military needs.  When an incredulous Prime Minister Justin Trudeau questioned how Canada could be considered a security threat, Trump offhandedly replied, “Didn’t you guys burn down the White House?”  In fact, it was British troops who torched the White House in 1814.  Canada didn’t exist until 1867.

The notion that Canada poses a national security threat to the United States is nonsensical.  In fact, the two countries have a long-standing security relationship.  It began to take shape in the 1930s when President Franklin Roosevelt promised to defend Canada and Prime Minister Mackenzie King pledged that Canada would not become a liability to the United States.  In 1940, after World War II got under way, they created the Ogdensburg Agreement, which acknowledged that the two countries are a single strategic unit, and established a permanent board to study and make recommendations on defence.  Recognizing that economic cooperation is the corollary of military collaboration, they extended their defence partnership into the economic sphere via the 1941 Hyde Park Declaration, which provided for the coordinated production of defence supplies.

Faced with the emergent Soviet threat, in 1949 Canada and the United States extended the security community concept to Western Europe through NATO.  Eight years later they created the North American Air (now Aerospace) Defence Command, an integrated command structure to defend against possible bomber and missile attacks.  This was followed by the Defence Production Sharing Agreement to further cooperation between the two countries’ defence industries.

Trade between Canada and the United States grew steadily from the wartime into the postwar period.  Each side became critical to the other’s prosperity although the relationship was and remains lopsided.  In 1965, they created the auto pact which established free trade between the two countries’ auto industries, leading to the integration of the sector.  Overall integration of the two economies widened and deepened under the Canada-U.S, Free Trade Agreement in 1989, and with Mexico, the North American Free Trade Agreement in 1994.  Today, Canada and the United States constitute the world’s second largest trade relationship after the United States and China.  The United States maintains a small surplus in its overall goods and services trade with Canada.

The Trump administration has justified its tariffs on steel and aluminum on national security grounds because it doesn’t have an economic case.  There is no evidence that steel and aluminum from Canada have harmed the American economy or that Canada has become a back door for their transhipment to the United States. The United States enjoys a favourable balance in its steel trade with Canada, which is the leading buyer of steel from that country.  Canada is also a secure supplier of steel and aluminum to the American defence industry.  Auto manufacturing remains closely integrated.

Trump is suspicious of free trade agreements like NAFTA, which, he claims, are responsible for the loss of jobs and investment in the United States.  This reflects the views of his core supporters who view trade deals as harmful.  Trump has allowed that he uses tariffs and the threat of tariffs to force other countries to make concessions in trade negotiations.  Commerce secretary Wilbur Ross has admitted that this is the case with NAFTA.

Trump’s position on NAFTA has changed dramatically since the early days of his presidency when Trump said the agreement required only updating as far as Canada was concerned.  Mexico was the real problem.  Canada tried to make nice with Washington in the early going while engaging American free trade advocates and politicians to help soften the administration’s demands.  But the administration’s tone has become more strident as negotiations have worn on.  According to Ross, Washington is seeking concessions from Canada and Mexico while offering nothing in return.

Trump sprang the steel and aluminum tariffs, amounting to $16.6 billion, on Canada, Mexico, China, and the EU, and threatened to add autos to the list.  Trudeau’s government had little choice but to join the others in responding to the steel and aluminum levies, imposing a package of retaliatory tariffs of equal value targeted at politically sensitive industries and leaders of the president’s Republican Party in Congress.  It also joined the other countries in contesting the legality of the tariffs at the World Trade Organization.  The United States has filed a complaint of its own contending that the measures are justified.  The national security rationale has never been tested in the WTO and the outcome is uncertain.

Washington and Ottawa could continue their tit-for–tat responses, but both sides would suffer.  With 75 percent of Canada’s exports going to the United States versus only 15 percent of U.S. exports heading to Canada, Canada would have more to lose.

Three-way NAFTA negotiations, on hold since May, are expected to resume this month.  Among the main US demands are a five-year “sunset clause” that would end the agreement unless all three parties agree to extend it (opposed by Canada, Mexico, and businesses in all three countries) and the abolition of the pact’s dispute settlement provisions that help check arbitrary trade actions (which neither Canada nor Mexico is willing to negotiate).

Canada’s supply management system for dairy products has emerged as a serious obstacle.  The system regulates their production, guarantees minimum prices for producers, and severely restricts foreign competition through tariff rate quotas.  Trump describes his administration’s steel and aluminum tariffs as a response to the policy.  “Canada has treated our agricultural business and farmers very poorly for a long period of time,” he says.  “They must open their markets and take down their trade barriers.”

It may seem surprising that the administration has singled out dairy, which makes up about 0.1 percent of Canada-U.S. trade, as a critical issue in NAFTA negotiations.  The answer lies in politics rather than economics.  Michigan, Pennsylvania and Wisconsin are among the leading dairy producing states in the United States.  They supported Democratic candidates in the last several presidential elections, but helped to put Trump over the top in the 2016 by thin margins, largely on the strength of rural votes.  Recent polls suggest that Trump’s support has slipped in all three states.  He cannot afford to lose those votes.

Some observers argue that having publicly pledged to protect supply management, Trudeau cannot be seen to be backing down in the face of Trump’s pressures.  But there are good reasons to relax the policy.  Barrie McKenna observes that, “Supply management has been an issue in every major international trade negotiation going back decades, forcing Canada to play defence instead of aggressively pursuing new export opportunities, particularly in agriculture.”  Critics contend that it also leads to high consumer prices at home.  Trudeau has signalled a willingness to make changes to the system.  Dairy quotas for foreign suppliers have already been raised in the new Canada-EU Comprehensive Economic and Trade Agreement and the yet to be ratified Trans Pacific Partnership accord.

It is crucial that NAFTA negotiations be successfully concluded to preserve the intricate patterns of trade and investment that have developed under the pact and which are vital to Canada’s prosperity.  This does not mean capitulation, but simply a willingness to negotiate without sacrificing real interests.  Even so, there is nothing to prevent Trump from launching more trade actions.

Meanwhile, Ottawa needs to make its case to U.S. economic interests and politicians.  Free traders and businesses harmed by retaliatory tariffs are speaking out against the president’s measures.  But for now at least, many legislators are unwilling to openly challenge Trump’s actions.  This reflects the sentiment of the president’s voters who seem willing to endure short term pain with the expectation that the concessions Trump has promised to win from Canada and other countries will lead to economic improvements.  But their attitude, and that of their politicians, will likely change if the stalemate continues.

In addition, Ottawa should seek out other trading partners in order to reduce the country’s dependence on the United States.  This not only involves pursuing new relationships but also ensuring that Canada has the necessary infrastructure to exploit available market opportunities.  For example, completion of the Trans Mountain pipeline would help to access energy markets in China and India and break the U.S. monopoly price for oil sands exports.  Ottawa also needs to work closely with its trade partners to ensure that deals reached strengthen the rules-based multilateral trading system on which Canada as a trade dependent middle power ultimately relies.

Donald Barry is a professor emeritus of political science at the University of Calgary.  He has written widely on Canadian foreign policy, including Canada-U.S. relations.