Canada-Saudi Dispute Shows Kingdom’s Belief in its own Invincibility 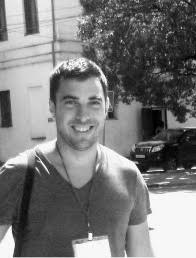 The ongoing diplomatic dustup between Canada and Saudi Arabia has raised eyebrows around the world, and for good reason. Engaged in rampant war crimes in Yemen and grappling in an extended showdown with Iran, Qatar, and other neighbors, Saudi Arabia has been emboldened far beyond anything in recent memory. Canada’s rote messages of concern over Saudi human rights violations might have passed unnoticed before the kingdom decided to go on a diplomatic rage-tour and make an example of the Great White North – withdrawing their ambassador, kicking out Canadian ambassador Dennis Horak, freezing trade and investment, and announcing plans to send Saudi students attending university in Canada home or to other universities abroad.

The Saudi message and purpose is clear: to make an example of Canada and warn other do-gooder nations to back off on criticizing the kingdom’s domestic policy. As the largest purchaser of weapons in the world and with its massive oil reserves, the kingdom simply wants to “create some fear.” Frankly, their strategy is working. King Salman and his son, Crown Prince Mohammed bin Salman, intend to fully display what they believe to be an invincible hand. Backed by the US, the UK, and other Western powers, as well as indirectly by Israel, the Saudi kingdom enjoys the ability and diplomatic cover to fly into a frenzy when it so wishes to a degree unlike almost any other nation. And it intends to do just that.

In recent history, Canada has maintained a typically cozy relationship with Saudi Arabia, putting through a major sale of heavy armored vehicles in 2015, for example. Heedless of the escalating tensions between Shia and Sunni Muslims and Saudi Arabia and Iran, Canada has pursued a similar tack to its Western counterparts, enabling Saudi Arabia’s military strength and overlooking its many incompatibilities with Western concepts of human rights.

Bin Salman, widely seen as the kingdom’s most influential and powerful royal, has been widely touted in Western media as a reformer, even being praised bizarrely in The New York Times as heralding Saudi Arabia’s “Arab Spring” by Thomas Friedman. Letting women drive, then locking up more than a dozen of the activists who protested to try to achieve these and similar landmark rulings, as well as the continuing imprisonment of blogger Raif Badawi (whose wife and children are now Canadian citizens) are just two examples of the kingdom’s duplicity. The Saudis want positive Western media coverage on reforms, but also want to crack down on those who spark such reforms for “destabilizing” their country. It was this hypocrisy that sparked Canada’s initial tweet of concern.

But Saudi Arabia doesn’t care if Canada really had any teeth behind its worries or demand that the kingdom enact the “immediate” release of political prisoners: it’s the perfect opportunity to show that meddlers – Ottawa, and anyone else who would want to follow their example – should keep their mouths shut. The kingdom even tweeted out an outrageous photo of an airplane flying toward Toronto with a warning about not sticking one’s nose where it doesn’t belong—and yet the shocking warning prompted tepid concern, at best, from Canada’s allies. Can you imagine the firestorm in the international community if Iran sent out a similarly veiled threat to Canada? The Kingdom of Saudi Arabia knows it has a blank check, or at least it believes so. From the war in Yemen to the blockade in Qatar, they are backed up by their wealth and array of powerful allies, not to mention their own very strong special forces capability.

Canada has enough at stake with Saudi Arabia to cause worry, although it hasn’t retracted the contentious comments. Just as one example, Alberta’s grain sector stands to jeopardize $132 million in exports to Saudi Arabia. But the real purpose of this Saudi smack down is to use Canada as an example. Bin Salman’s recent global tour to push a positive, shiny image of Saudi Arabia was met with lavish receptions and obsequious approval at every turn by Western corporations and media outlets. Trump held up a large printout of all the weapons the US was selling the kingdom at a White House press conference with bin Salman. The Saudi message is none too subtle: play ball with us and you will be rewarded; try to be the hero and you’ll be economically and diplomatically isolated.

Of course, Saudi Arabia, like many nations in the Middle East, is no stranger to diplomatic flare-ups. It has a history of clashing with many of its neighbors and a consistent record of ruthlessly quashing internal religious or political dissent. The Saudi modus operandi is simple: economically and politically isolate a foe until it bends to your will and learns its place. After all, that’s what they are aiming to do to Qatar, following a series of inflammatory statements – attributed to the Qatari emir – that later turned out to be generated by hackers.

As the Saudi-led blockade against Qatar drags on, however, if anything it is doing more to damage Riyadh’s reputation than that of Doha, which continues to weather the pressure while garnering the sympathy of those who view its neighbor as little more than a bully. Riyadh’s campaign against its neighbor has likewise put its Western allies into a highly difficult position, given the fact that they maintain relations with both countries: the US, for instance, maintains its largest Middle East military base in Qatar and would enjoy nothing more than to see an end to the dispute.

It’s clear that Riyadh’s volatile pattern of behavior towards its neighbors and allies is doing little in favor of its own interests. And given the cards they hold – wealth, strategic alliances, a powerful role in Middle East politics – Saudi Arabia may well believe that it has carte blanche to drag out this dispute into a long stalemate.  But just like its own oil reserves, international tolerance for the Crown Prince’s whims will eventually run out too. And at that point, the kingdom may well be wishing it had kept more cordial ties with its once-friend in the North.

Paul Brian is a freelance journalist who focuses on breaking news, geopolitics, culture and religion. He has reported for BBC, Reuters, and Foreign Policy, and contributed to The Hill, The American Conservative, The Week, The Federalist, and others. You can follow him on Twitter @paulrbrian or visit his website www.paulrbrian.com.