Andrew Scheer has reportedly set up a Conservative “war room” to correct inaccurate media reports. It’s a worrying sign that the coming election will be more about populism and spin than facts and ideas. It may also be a sign that the Conservatives think their own climate change plan needs a war room – and some populism – to help them spin the science.

Scheer himself is the source of these speculations. In an open letter to the Toronto Sun he states: “Never have taxpayers and everyday Canadians more needed someone who will stand up to this government, the media and the privileged elite on their behalf.”

The message is clear: he’s calling for a Canadian version of Donald Trump’s “culture war,” with the carbon tax as ground zero, rather than immigration.

The rationale is also clear: People hate taxes and the Conservatives believe this one exposes the Liberals as jaded establishment figures who must be brought down.

Except, the carbon tax may not be the slam-dunk Conservatives think it is. Only a month ago, the anti-carbon tax coalition looked like a juggernaut rolling across the country. Then the Liberals announced their climate tax rebate and the media is suddenly buzzing with speculation.

There’s a sense the government may have turned the tables on the coalition by finding a way to make pocketbook politics work for the carbon tax – and the environment.

If the buzz continues, it’s very bad news for Scheer. The Conservatives’ own climate change plan will be released shortly, and it calls for a tough balancing act. It must meet Canada’s targets in the Paris Accord, but without making ordinary Canadians pay the cost.

Of course, there are alternatives to a carbon tax, such as a cap and trade system, but they all cost money and these costs normally get passed along to consumers (Canadians). That’s not an option here. It would look too much like the Liberals’ carbon tax.

That leaves a big question mark hanging over Scheer’s plan. How will he get real emission reductions without asking Canadians to pay some of the cost? 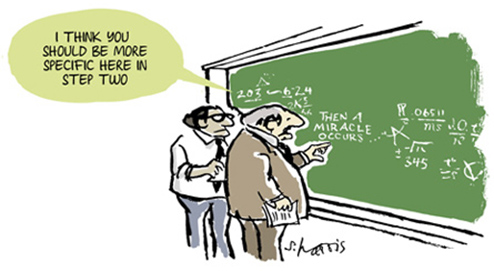 Scheer did drop an intriguing hint last week. He suggested that his plan will focus on reducing global emissions rather than domestic ones. While no one is sure what this means, it left me wondering whether he might be trying to muddy the waters even further to help him spin key parts of the plan.

Consider the issue of cost: Canadian companies have relationships with firms all over the world, and they often do business in scores of countries. In this environment, it would not be hard for a Canadian firm to disguise the costs of its emission reductions as, say, production costs and then pass them back to Canadians. In a global context, this might be very difficult to prove, and it would leave the war room free to argue that industry, not Canadians, was footing the bill.

This is just one way that Scheer’s “global” context could be a device for spin. There are others. But the point is that an acceptable plan must have transparent methods for assessing who pays for what; and how much carbon dioxide Canadian companies are emitting.

If Scheer’s plan uses a global backdrop to cloak critical information in a fog of statistics and economic jargon, this should be called out – and it likely will be.

Conservatives may not like it, but there is an alternative approach on the table – one that economists seem to take seriously – and we can assume Scheer’s plan will be contrasted with it, scrutinized, and reported on, and that may have him feeling a wee bit uncomfortable.

This would certainly explain the war room, which, from this viewpoint, is much more than a fact checker; it is a preemptive strike – a mechanism that will allow Conservatives to meet criticism with an aggressive counterpunch. And that’s where populism comes in.

Populism does not try to win debates through argument and evidence; it is about swaying people’s emotions, often through fear and anger; and it is about undermining debate by denying facts and discrediting people who present a different view, such as journalists. And it’s already starting.

Last week, for example, Conservative MP Pierre Poilievre accused Bloomberg’s Josh Wingrove of being a “Liberal reporter” because he tweeted about a news release that supported the carbon tax. Poilievre went on to ridicule the Business Council of Canada for issuing the news release. His message is clear: “Either you’re with us, or you’re against us.”

As for the scientific community, should the Conservatives find themselves off-side with it, they too can expect to be attacked and denigrated by the likes of Poilievre. “Privileged elites” appears to be the moniker of choice, whether you’re a scientist or a CEO with a chauffer.

In sum, there are good reasons to doubt that the war room’s real job is to correct mistakes. On the contrary, in creating it, Scheer has planted a wedge at the centre of the campaign. If the carbon tax debate gets too rough, he can use it to polarize Canadians by attacking the media, business leaders, the scientific community, and, of course, his political opponents.

Some think the ballot question for 2019 should be about climate change because, they say, it is the issue of our times. Maybe. Or maybe there’s an even bigger issue out there that Canadians need to confront: our commitment to the truth.