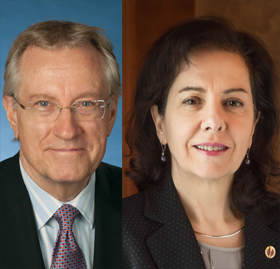 The Department of Justice conducted a survey earlier this year and discovered that over half of Canadians (52 per cent) have little familiarity with what’s known as “Restorative Justice” despite its use in our criminal justice system for over forty years.

So what is Restorative Justice exactly? And can it provide better justice for victims, offenders and society as a whole? The research says yes.

Restorative Justice focuses more on the rehabilitation of the offender of a crime, and reconciliation with the victims, and less on punishment. It focuses on repairing harm, the potential for healing in victims, meaningful accountability of offenders and preventing further crime.

It is a voluntary process for both the victim and the offender. Typically, the offender is required to acknowledge or accept responsibility for their actions in order to access the program.

Restorative Justice can take many forms and varies widely from community to community, but it can include mediation programs and restitutions agreements, including community service, financial compensation and service to the victim. Research shows Restorative Justice tends to be more efficient and cost-effective than the traditional justice system. And it reduces repeat offences.

There are currently almost 500 different such programs running in communities across the country, primarily for youth offenders.

We recently held a Senate Open Caucus forum on the issue and experts from across the country emphasized the need for Canada to further explore Restorative Justice.

Chantell Barker, the Justice Development Coordinator at the Southern Chiefs’ Organization, which represents 34 southern First Nation communities in Manitoba, told the forum that Restorative Justice is more in line with traditional Indigenous models of justice that have an emphasis on healing the root causes and the restoring of harmony, allowing an offender to learn from their mistakes and to make amends for their behaviour.

When Ryan Beardy spoke, the room sat in quiet attention.

Eighteen months ago, Beardy was released from prison on parole. Prior to that, he had spent the last two decades in and out of the prison system, spending several years behind bars. Now he’s a second-year University student studying political science and conflict resolution and sits on many non-profit Boards, is a student mentor and a father.

How did he turn his life around? He credits Restorative Justice.

“Restorative Justice practices changed my life,” Beardy said. “I didn’t want to keep going back to prison and I didn’t want to create any more victims. I wanted to change.”

So he asked to participate in a therapeutic program, to learn from elders, to connect with his culture; he learned to reject past negative values and belief systems and to begin the journey of healing his mental, physical, emotional and spiritual health.

The forum also learned that victims can express their suffering directly to offenders (often through videos), feel heard and work through their fears and begin the process of reclaiming their lives.

So what needs to happen now to make Restorative Justice approaches more effective across Canada?

We need a national framework for implementing Restorative Justice, in partnership with the provinces.

We need to support Restorative Justice programs beyond individual success stories to system-wide approaches, including, as Dr. Llewellyn stated, “legislative changes to support increased use and access” and adequate funding that involves government and community collaboration.

We also need to educate Canadians about Restorative Justice options, particularly those stakeholders working in the justice system and community organizations.

And it’s time, as Johanne Vallée, Ambassador for the Centre de services de justice réparatrice said, to bring the humanity back to our criminal justice system. Restorative Justice is the positive path forward.

Senator Art Eggleton has recently retired from the Canadian Senate. He was past Chair of the Standing Committee on Social Affairs, Science and Technology and was Co-Chair of the Open Caucus discussion on Restorative Justice.

Senator Saint-Germain is Deputy Facilitator of the Independent Senators Group. She was appointed to the Senate in 2016, after two terms as the Québec Ombudsman and a distinguished career in the public administration.