What would happen if Alberta tried to separate? 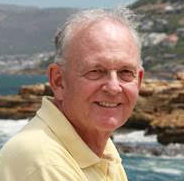 Talk of separation is in the air in Alberta, triggered by the plight of the province’s beleaguered oil sands industry. The focus of the angst is the alleged indifference of Prime Minister Justin Trudeau’s federal government to the industry’s circumstances, especially the failure to proceed with the Trans Mountain pipeline expansion to the British Columbia coast that would diversify exports beyond the United States and help relieve the huge price differential undercutting the value of the resource.

Columnist Don Braid claims it is “an honest-to-goodness fact” that Trudeau wants to wind down fossil fuel production. Investor Brett Wilson believes Alberta is “being pushed out of Confederation,” and declares, “Current coffee shop polling is running 99 per cent in favour of getting out of Canada.” Freedom Conservative Party leader Derek Fildebrandt says his party will make “equality or independence” a focus of its platform for the next provincial election. Jack Mintz, former director of the University of Calgary’s School of Public Policy, asserts that Alberta’s succession from Canada would be easier to justify than the UK’s attempt to exit the European Union, given ”the existential threat to the province’s prosperity.”

It is true that Trudeau’s ultimate aim is to phase out fossil fuels. But that was also the professed goal of his predecessor, Stephen Harper, who joined other G7 members in 2015 in committing to halt use of non-renewable energy by the end of the century. Trudeau sees natural resource development as a way to fund a gradual shift to a low-carbon economy. His government has spent $4.5 billion to buy the Trans-Mountain expansion from Kinder Morgan, the previous owner. The current delay in proceeding with the project was brought about by the Federal Court of Appeal, which ruled that indigenous communities had not been adequately consulted and the National Energy Board had failed to consider the impact on west coast tanker traffic. The federal government and the Board are playing catch-up on both fronts. Ottawa is also offering the oil industry $1.6 billion in short-term assistance.

There is scant evidence that Albertans want to separate from Canada. Public opinion surveys put support for independence at 25 per cent – about the same as it has been in recent years. Still, Mintz seems to think the idea makes sense, “Whatever negatives Alberta would face are easily swamped by the positives that would come with separation.” An independent Alberta, he says, could choose its own policies on oil and gas, the environment, taxes, health care and pensions, and pursue its own trade relations with the rest of Canada and the United States “as it sees fit.” He allows that “hard borders” and Canadian trade barriers “would be a cost,” and that negotiating Alberta’s share of the national debt “would be contentious.” But Alberta would have a cushion in the form of a repatriated $20 billion in taxes it sends to Ottawa each year over and above what Ottawa spends in Alberta.

Mintz leaves a host of subjects off the list, including such critical matters as diplomacy, security and defence. Tristin Hopper points out that an independent Alberta would no longer have access to “free trade agreements, treaties, alliances and membership in international organizations such as the World Trade Organization…and the United Nations” in which Canada participates. “In a nightmare scenario,” Hopper adds, “Alberta would celebrate its first independence day without trade agreements of any kind.”

How would succession take place and how would an independent Alberta fare in a world of sovereign states?

Domestically, any referendum on independence would be subject to the terms of the Clarity Act, adopted in the wake of the failed 1995 Quebec referendum, which requires an unambiguous question and clear majority support, followed by negotiations with the federal government and the other provinces. Bargaining would be tough and complicated. The new responsibilities an independent Alberta would be required to take on would increase the size and scope of government activity. Its public sector costs, already the highest in Canada, would grow even higher.

Although relations have generally been positive there is no reason to assume Americans would welcome an independent Alberta. As two Quebec referenda demonstrated, they have an inherent bias against succession based on their civil war experience and have repeatedly expressed their preference for a united Canada. This stance has been reinforced and magnified by the 9/11 terrorist attacks on the United States which have made border security a virtual obsession, forcing Canada to invest heavily in security measures to ensure the uninterrupted flow of trade and transit between the two countries. An independent Alberta would have to make similar investments.

A sovereign Alberta would not automatically accede to NAFTA or other Canada-US arrangements to which Canada is a party. It would be forced to enter into its own negotiations with the United States, the results of which would not be assured. For example, would Montana cattle producers and their political allies press for a ban on Canadian beef as they did in an attempt to capture the US market for themselves following Alberta’s mad cow disease scare? How would an independent Alberta fare in the ongoing softwood lumber dispute between the two countries, the United States being Alberta’s biggest customer?

It is hard to see how achieving independence would make pipeline approvals easier. Though opposed by British Columbia, Trans Mountain has the support of the federal government and survived other court challenges before the setback in the Federal Court of Appeal. Absent that support and recourse to the courts, British Columbia’s leverage would likely grow.

Neither Canada nor Alberta has any role in the US pipeline approval process in which Washington sanctions international pipelines and state regulators authorize routes. Enbridge’s Line 3 replacement pipeline, from Alberta to Wisconsin, is currently under siege in Minnesota where the state’s Department of Commerce has joined environmental groups and native communities in challenging the Public Utilities Commission’s endorsement in the courts. The Keystone XL pipeline project, from Alberta to the US Gulf Coast, was approved by the Trump administration in 2017. But it is on hold in Montana where a federal judge has blocked the project pending further environmental review. An independent Alberta would not change a thing.

Albertans’ frustration with the lack of pipeline access is understandable. Alberta introduced strong environmental measures and won the previous British Columbia government’s support for Trans Mountain, only to have the current government oppose it while pursuing new energy projects of its own. The premier of Quebec, whose province is the main beneficiary of Canada’s equalization program (to which Alberta is a major contributor) adds insult to injury, commenting that he’s not “ashamed at all of refusing dirty energy.” Ottawa’s attempts to balance competing provincial interests with those of the energy industry, environmentalists and indigenous communities have often been inept. But even though the process is messy, the odds are that Trans Mountain will be approved. Working within Canada will yield bigger payoffs than going it alone.

Donald Barry is a professor emeritus of political science at the University of Calgary. He has written widely on Canadian foreign policy.