Killing TransMountain Pipeline expansion could be Trudeau’s path to victory 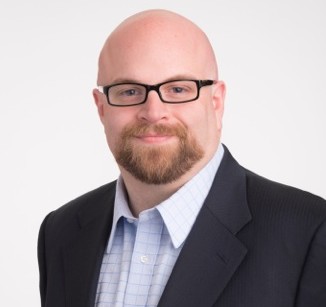 Justin Trudeau has been given a golden opportunity and we’re about to see if he has the killer instinct necessary to seize it.

Alberta just turfed out the NDP and elected Jason Kenney. While I can think of a dozen reasons why that was a terrible plan, the fact that it should almost certainly spell the end of the TransMountain Pipeline expansion project (TMX) is today’s focus.

Having lived in Alberta for just over a year before the election, I’ve just started to get a feel for the place. As a good friend from Nova Scotia says, progress happens one funeral at a time, and Alberta clearly still has a few burials to endure before the progressive agenda put forward by outgoing-Premier Rachel Notley commands majority support.

Many Albertans seem to remain impervious to the steady march of time. Many cling to a cowboy culture that can feel like an artificial import. Some openly espouse views that are understood to be racist, misogynist or homophobic outside, which is true anywhere but, as this election showed repeatedly, it seems a little more mainstream here.

But most importantly, a majority clearly believe the dead dinosaurs (i.e., oil and gas) under their province are theirs by divine right. As a result they therefore deeply resent any interference by that far away place only ever mentioned with a derisive eye roll: Ottawa.

And therein lies the rub: as much as some of the province’s politicians may wish it were otherwise, Alberta is not a Republic. Even more critically, Alberta is landlocked, trapped by prairies and mountains to either side. There is no way to get Alberta’s hydrocarbons to market without going through someone else’s territory: BC, the US, Central Canada – someone needs to play ball.

At present, almost all of Alberta’s oil flows to one buyer: the US. This is how pipelines have been built to date. And, as a direct result of only having one customer, Western Canadian Select (WCS) trades at a significant discount to West Texas Intermediate (WTI). The only way to change that is to get Alberta oil access to new markets. Hence the ongoing fracas over building new pipe to either of Canada’s coasts.

In the wake of the Alberta provincial election Darrell Bricker of IPSOS gave a speech to the RCMI handicapping the run up to the federal election this fall (see here). There’s a lot of useful thinking there but not a lot of crass politics. So let me help.

The nastiness of the upcoming campaign is a virtual certainty and there are other areas where Liberals need to significantly bolster their positions (i.e., the perception of their handling of the economy in the Ontario ‘burbs), but given the likely regional splits in this year’s upcoming election, why would Justin Trudeau stick to his promise to build TMX?

No, really! Now, I know that it is Canada’s long-term economic interests to build pipelines and I’m a supporter of the oil and gas industry. But that’s not the point.

As things stand, it is absolutely clear that Trudeau will not win any new seats in Alberta, Saskatchewan or Ontario (he won more seats in ON in 2015 than Doug Ford currently holds as Premier). He already holds all the seats (yes, all 32) in Atlantic Canada. That leaves exactly two places where he has either a physical possibility or a notional hope of picking up new seats: British Columbia and Quebec.

Now, he asked rhetorically, what do those two provinces have in common? A deep, abiding hatred of oil pipelines.

Yes, the national media would raise the hue and cry of the potential for a constitutional crisis or fanning the flames of western separatism, but the Liberals actually have a great argument here.

It was absolutely clear from both Trudeau and Notley that Alberta’s carbon tax was the quid pro quo for Trudeau’s commitment to a new or expanded pipeline. While lots of pundits (including Bricker) suggest that this so-called “grand bargain” is a millstone around Trudeau’s neck, it seems to me that it is in fact the solution to one of his biggest problems.

Why wouldn’t Trudeau proudly stand in Vancouver and tell British Columbians when Kenney axes the carbon tax that Alberta has broken its word and therefore he is not keeping his. Conveniently, Kenney has already said the deal is off during media rounds (here, for example).

So how should Trudeau respond? Don’t sell the pipeline (it was an expensive purchase and it currently turns a profit) but refuse to expand it until Alberta comes in line on climate change. Then go to Montreal and say the same thing about Energy East: it stays dead unless Alberta joins the global consensus on climate change.

Not only would this significantly help Trudeau’s Liberals hold progressive voters across the country from toying with the NDP, it would give them a definitive wedge issue with Conservatives in what will be their two most critical electoral regions. Stealing NDP seats in BC and Quebec are almost certainly the only chance Trudeau has for gains and/or replacement of seats he will likely lose elsewhere.

There is also the possibility (albeit remote, I think) that Kenney caves: Trudeau cancels the project, states why clearly and Kenney decides he has little choice but to keep the carbon tax.

That would also be a massive win for Trudeau. Not only would it neuter a potential threat in the form of Kenney, it would also be tantamount to an endorsement of Trudeau’s overall economic plans and a validation of his focus on climate change. As a result, remote may actually be a generous description of the likelihood of this outcome.

So, while this is far from the “sunny ways” approach Trudeau followed in 2015, were I providing the PM with advice, this is what I would be suggesting without hesitation.

But is Justin Trudeau prepared to do what is necessary in order to win his government a second term?

We’re about to find out.

Jamie Carroll is a former national director of the Liberal Party of Canada who now lives and works in Calgary. Jamie blogs at The Fool From the Hill, where this article first appeared.