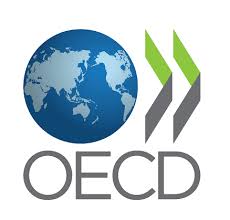 Ottawa—Canadian farmers receive less government support than producers in many other countries, says the latest report by the Organization for Economic Cooperation and Development. However, it remains critical of supply management in the dairy and poultry sector.

With the introduction of business risk management programs and shift of government support to research and innovation, Canada’s Producer Support Equivalents (PSE) is at “at 9 per cent of gross farm receipts in 2016-18, compared to 36 per cent in 1986-88 and 18 per cent in 2000-02. Canada’s PSE has been consistently below the OECD average over the period.”

The decline in PSE would be even greater but for supply management especially in the dairy, the OECD said. While it has long been critical of supply management because of the tariffs used to limit imports of dairy and poultry products, the OECD hasn’t acknowledged the high level of government support American and European dairy producers receive, which enables them to take lower prices from processors. Canadian dairy and poultry farmers aren’t eligible for many government financial supports.

In the report, the OECD said, “Lower levels of disaster payments in recent years and a shift of budgetary expenditures towards general service support (GGSE) to the sector have resulted in lower farm income support. Support to the agricultural innovation system and the inspection system each account for about 40% of the GSSE.

“Over time, there has been an increasing emphasis on general service support to the sector through programmes that target industry-led research and development, adoption of innovation in food and agriculture, and marketing initiatives,” it said.

Canada should institute stricter protocols and disciplines “to reduce potential pressure for additional support in situations where existing programmes suffice, stimulate the development of market-based tools, and encourage farmers to find better ways to manage risk at the farm level,” the report said.

Canadian farmers are also eligible for some funding under federal programs to reduce carbon emissions and that “has supported a number of agrifood-related projects with a focus on energy efficiency, soil health and carbon sequestration, manure management, and waste treatment and processing.

“In the future, the policy focus should continue to shift towards facilitating the adoption of innovation by targeting industry-led research and development, and marketing initiatives,” the report said. “This would contribute to the long-term objectives of improving the competitiveness and sustainability of the sector.”

Productivity growth “averaged 0.9 per cent per year between 2006 and 2015, below the world average,” the report said.  At 1.1 per cent per year, output growth was also below the world average, but was achieved with “reduced or minimal increased pressure on natural resources in most cases. Nitrogen surplus intensities have, however, risen significantly at the national level and are now close to the average for OECD countries, as are greenhouse gas (GHG) emissions, but the national phosphorus surplus intensity is well below the average for OECD countries.”

The federal and provincial governments support “research, development and adoption of clean technologies for the agrifood sector, specifically precision agriculture and agri-based bioproducts. The new Living Laboratories Initiative will facilitate knowledge transfer on sustainable farming practices using an integrated approach to agricultural research that brings farmers, scientists and other stakeholders together to co-develop, test and monitor new practices and technologies on farms,” the report said.

Animal welfare and public trust issues have become more important in Canada and the agrifood sector is in the process of establishing Plant and Animal health councils.