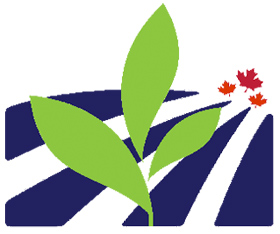 Farm groups remind the agriculture ministers of the actions they’ve called for in recent months.

Ottawa—As agriculture ministers gathered in Quebec City for their annual mid-summer policy meeting, they were keeping an eye on the two-day Canada-EU summit up the St. Lawrence River in Montreal.

Representatives of the AgGrowth Coalition travelled to Quebec City to remind the ministers of their earlier requests for changes to Business Risk Management (BRM) programs to help farmers cope with the vagaries of international trade and the weather.

At the same time, they monitored how the federal government pressed the EU on removal of trade barriers to Canadian food products starting with the notorious Italian ban on Canadian durum.

Farmers need “immediate improvements to BRM programming that can help manage risks beyond farmers’ control,” said Markus Haerle, chairman of the Coalition and president of Grain Farmers of Ontario.
Chris van de Heuvel, a vice-president of the Canadian Federation of Agriuclture, said the Coalition expects “governments from across Canada to stand up and support Canadian farmers so we can remain globally competitive in the face of challenging market and weather conditions.

Chairman Jeff Nielsen of Grain Growers of Canada said, “Market volatility and barriers in traditional markets are impacting farmers across the country. Farmers need a BRM suite of programs that is bankable and predictable to help manage these risks. And we need it put in place this year!”

The Coalition is seeking an immediate change to AgriStability to start covering losses starting at 85 per cent of historical reference margins with no Reference Margin Limits. It also action on livestock and horticulture crops which are not currently covered under AgriInsurance.

It’s also calling for BRM programs to be focussed on effectiveness rather than funding levels and the creation of an industry-government technical working group that allows farm groups to actively participate in BRM data and impact analysis.

In Montreal, Prime Minister Justin Trudeau was seeking support for full ratification of the Canada-Europe free trade deal as a step to further opening the European market to Canadian food products.

President Brain Innes of the Canadian Agri-Food Trade Alliance said his members remain optimistic about the deal’s potential. “Gaining improved access to the EU market was a core benefit of the deal for Canada and our members have been excited about the opportunities.

“Early results of the CETA remain mixed. While increases are recorded for some grain exports to the EU from eastern Canada, overall durum wheat exports into Italy, one of Canada’s top grain exports to the EU, have dropped by about 68 per cent from 920,000 tonnes in 2016 to under 300,000 tonnes in 2018. Canadian pork and beef exports increased respectively by 107 per cent and 113 per cent from 2017 to 2018. They appear to be impressive growth percentages but they are starting from a very small base and remain well short of the potential trade.”

“The consequences of these non-tariff barriers are real – they’re shutting out a significant portion of Canadian agri-food exports from the EU market,” Innes said. “Free trade agreements and rules-based trade need follow through to deliver on their promise. Agri-food exporters suffer when measures make trade difficult or commercially meaningless.”