The Laundromat: A call to Canada’s next government to get tough on tax havens 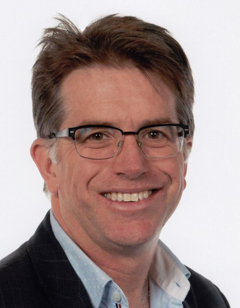 Hollywood’s retelling of the Panama Papers has come to Canada — just days before voters head to the polls in the first federal election since the international tax haven scandal.

Meryl Streep, Gary Oldman and Antonio Banderas star in The Laundromat, a dark comedy about the 2016 leaks that introduced ordinary citizens to the secret world of offshore tax havens. The International Consortium of Investigative Journalists (ICIJ) broke the Panama Papers story after more than 11 million files were leaked from the Panamanian law firm, Mossack Fonseca. Documents revealed billions in global wealth were hidden in offshore accounts and siphoned from public revenues.

The Laundromat is already embroiled in controversy with the real-life lawyers from the Panamanian firm suing Netflix to prevent the motion picture from airing. The film aired on Netflix October 18 and on the big screen in some independent theatres. The same week, thousands gathered at the annual meetings of the World Bank and IMF in Washington, where discussions included how to fix the international corporate tax system to reduce tax dodging.

Governments around the world lose over $600 billion in tax revenues each year to tax havens, according to the IIMF. In developed countries like Canada, where losses are pegged at $8 billion, it means less funding to improve services like healthcare or education. In poorer nations, it can be a matter of life or death.

Streep put it best at The Laundromat’s Venice Film Festival premiere last month when she said the film was a way of telling “a very, very dark joke that’s being played on all of us.”

Canada is no exception to that joke. The papers named 894 Canadians, including profitable corporations and powerful individuals. In April this year, the ICIJ reported that countries had collectively recouped over a billion in lost revenues as a result of the leaks. The UK had recovered $119 million, Australia $43 million, while even smaller regions such as Belgium had collected $6.5 million.

In Canada, 116 audits had been completed. Although the government assessed losses at $14.9 million in federal taxes and penalties, there has not been a single conviction. It’s true that pursuing complex offshore schemes requires significant resources and time, especially against wealthy individuals who can afford to draw out investigations, but other countries have made much more progress than Canada.

While it’s encouraging to see tax havens get top billing in Hollywood, what we need is action at home to crack down on the problem. An estimated $8 billion plus is lost by Canadian governments every year to offshore tax dodging – the equivalent of $500 per household.

A recent study from Statistics Canada found that one-fifth of foreign direct investment by Canadian corporations abroad may be fueled by tax avoidance. The Parliamentary Budget Officer recently estimated tax dodging could cost Canada as much as $25 billion a year.

An overwhelming majority of Canadians, including CRA employees with inside knowledge, now recognize corporations and the very rich have an easier time avoiding taxes, a survey confirmed last year.

Ahead of Monday’s election, Canadians should ask what their government has done — and what other parties are promising to do– to tackle tax havens.

A critical first step is boosting resources to audit, enforce and prosecute offshore tax dodging. The Liberals made some investments in this area following devastating cuts by the former Conservative government, but much more is needed.

We clearly need tougher penalties as well, not just for those who use tax havens but accounting firms and lawyers who promote offshore schemes. Canadian punishment pales compared to places like the US, where KPMG has paid millions in penalties, while they’ve been let off the hook over the Isle of Man tax dodging scheme here. Increasing transparency around these cases, including publishing out-of-court deals, would be an added deterrent.

The government can also strengthen laws by introducing an economic substance test. This would require large corporations to show they have genuine business activity in tax havens — beyond just lowering their taxes. More importantly, Canada should support significant reforms to the international corporate tax system being proposed by the G24 group of countries to substantially reduce tax dodging.

Actor Antonio Banderas, playing lawyer Ramon Fonseca, delivers a critical line in the film when he says the “simple truth in the world is, for someone to win, someone has to lose.” A few of the wealthiest have been winning big, while the billions in losses have been spread among the rest of us.

In the coming days, Canadians get to choose a more positive ending to the dark joke being played on all of us — one where everyone pays their fair share, and no one is left behind.

Toby Sanger is the executive director of Canadians for Tax Fairness.