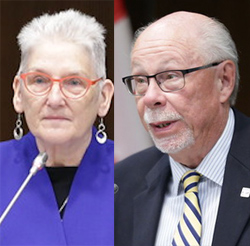 More than 200,000 Canadians this year – about 565 every day – will hear three dreaded words from their doctor: “You have cancer.”

In fact, half of us can expect to hear those words at some point in our lives. For one in four of us, it will be the cause of our death. Despite that grim toll, the potential membership of the Canadian Cancer Survivor Network keeps rising. There are likely more than a million Canadians alive today with or recovered from cancer.

As a result, cancer care from our public health systems matters to Canadians, perhaps more than any other issue in healthcare. Federal politicians should keep this in mind as they prepare to make the the new minority parliament work.

The state of cancer care in Canada is a vital issue to consider because about nine out of every 10 cancer cases affect Canadians who are 50 years of age and older. Additionally, because more and more older Canadians want to remain not only healthy and active, but also in the workforce, providing cancer care that allows the greatest number to achieve a return to productive health should be a priority.

Cancer care was the subject of a recent member survey conducted by the Canadian Association of Retired Persons (CARP), Canada’s largest advocacy group for older Canadians, which was commissioned by Merck Canada.
Of the nearly 4,000 respondents, 90 per cent agreed that cancer screening and cancer care should be their public health system’s top priority.

Even more, 91 per cent, agreed that their health system needs to make new investments so it can be better prepared to treat cancer. Those numbers are approaching unanimity.

Why Canadians feel so strongly about these matters can be determined from their answers to other survey questions about their experience with cancer and our healthcare system. The combination of the ageing of the population and rising rates of cancer means our health system must expect, and be ready for, a greatly increased load of cancer cases – an increase of 80% by 2030 compared to 2005 levels, according to the Canadian Cancer Society.

However, only one in five in the survey think the system is ready to deal with this onslaught while more than half say it’s not.
In fact, it’s already struggling. Almost one in four survey respondents said the system’s problems result in patients not receiving optimal care. Less than half believe the public health system is well equipped and treats cancer efficiently.

These are problems the Canadian Cancer Survivor Network hears about on a regular basis from concerned Canadians. When it comes to cancer care in a country like Canada, having our health system “doing just alright” simply isn’t good enough.

One of the problems, access to new therapies, was summed up very well by Dr. Paul Wheatley-Price, President of Lung Cancer Canada and a Medical Oncologist at the Ottawa Hospital. He made this observation about Canadians with lung cancer: “While there are certain grounds for optimism in new treatments, we continue to fail patients on empathy and access. As science brings us new and effective treatments at rapid speeds, delays in access are leaving patients waiting to die.”

The most encouraging thing that can happen to someone when they receive a cancer diagnosis is a prompt start of treatment. However, the CARP survey showed that almost half of cancer treatments or surgery were started more than one month following the cancer diagnosis, with almost one in five not occurring until two months or more following diagnosis. Imagine the agony of that wait – knowing every day means your cancer might be spreading and diminishing your chances of treatment success.

The best thing a person receiving a cancer diagnosis can be given is hope. But they can only have hope if they believe the health system is prepared and willing to give them their best shot at survival and overcoming the disease.

Ensuring exceptional healthcare is one of the five key areas identified in CARP’s Faces of Canada’s Seniors national policy focused on making Canada the best place to age. Cancer care is a major component of that. It’s time for investments in cancer care to be made a priority for federal and provincial governments.

Jackie Manthorne is President and CEO of the Canadian Cancer Survivor Network. Rick Baker is President of the Ottawa Chapter of CARP, the Canadian Association of Retired Persons.
The views, opinions and analyses expressed in the articles on National Newswatch are those of the contributor(s) and do not necessarily reflect the views or opinions of the publishers.
Click here for more political news headlines
Tweets by @natnewswatch