The solution to Conservative vandalism 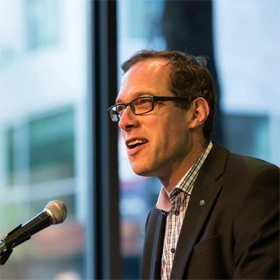 At a certain point, progressives really need to come to terms with the core truth of modern conservatism:  they just aren’t that conservative anymore.

Far from being “cautious of change”, as my on-line dictionary defines them, today’s conservatives revel in their role as disruptors.

Wherever you look around the world — from Brexit to border walls, from the Muslim ban to malicious attacks on women’s rights — the current conservative game plan is to upend the status quo wherever possible.  Not for them, the history of cautious innovation of Bill Davis or Peter Lougheed.

We know this from recent Canadian experience.  Jason Kenney has just completed a “summer of repeal”:  successfully wiping out many of Rachel Notley’s accomplishments in one fell swoop.  Not satisfied, he’s now playing footsie with outright Alberta separatism. In Ontario. Doug Ford continues to eliminate initiatives of previous governments as diverse as labour reforms, environmental protections and sex-ed curriculum.  In the recent federal election, Andrew Scheer promised that a repeal of the carbon tax would be his government’s first order of business.

Of course it’s not unusual for succeeding governments of varying political stripes to think differently about the issues of the day.  What is new, however, is the Conservative’s scorched-earth approach to public administration, which disdains building on what exists in favour of repeal, elimination and starting over entirely.  It’s their way or the highway.

As much as it pains me to say, Conservatives will continue to occasionally form government in this country.  In fact, they’ll do so more often than they should as a result of our flawed “First Past the Post” system, which allows parties to form majority governments with substantially less than fifty percent of the vote (a system Justin Trudeau pledged to fix, but didn’t).  Given this clear and present danger, anybody interested in enduring progress needs to bake the inevitable Conservative vandalism into their calculations.

From the recent Kenney and Ford experiences some lessons emerge in terms of what makes certain gains more robust than others.

The first is that a tangible connection to people’s daily lives is key.  Amongst their frenzy of repeal aimed at environmental policy and regulation, Doug Ford and his cronies have decided that the Greenbelt is untouchable.  One reason for this is doubtless that the Greenbelt is a physical place on the map, demarcated by numerous signs on the highway.  Ontarians have become accustomed to its presence and value it highly.  Similarly, in Alberta, Jason Kenney doesn’t dare attempt a full-blown repeal of the minimum wage, even if he hopes to chip away at it.

A second and related lesson is that policies that entrench rights in a universal manner are more enduring and far harder to undo. The Ford government doesn’t dare meddle with full-day kindergarten in the same way that it’s eliminating many other kinds of programmes. Why?  Because full-day kindergarten has become an integral part of our publicly-funded school system, available to all, and is now regarded by Ontario families as an essential service.

These lessons are every bit as applicable in a federal context.

Given the ease with which Ford eliminated Ontario’s partial, means-tested experiment with Pharmacare, the Trudeau Liberals would be doing Canadians a huge disservice to repeat this experience at the federal level.  The example of Medicare demonstrates better than anything the resilience of universal programs over small-scale reforms that are easily reversed after a single change of government.  We need universal Pharmacare now, not some piecemeal and underfunded half-measure.  In a recent Abacus poll for the Broadbent Institute, 78% of Canadians (and, interestingly, two-thirds of Conservative voters) support the federal government moving forward with universal, not partial, Pharmacare as a top priority.

With respect to climate change:  Carbon taxation, even when fully implemented, will be bickered over and — like all taxes, increased and decreased — by different governments over the next few decades.  Yes, we need to price carbon, but a massive green jobs creation program and rapid scale-up of permanent electric vehicle infrastructure would be impossible for even the most ardent climate-denier to demolish.

The federal Liberals just got re-elected in large measure because of their solemn commitment to Canadians that they are dedicated to stopping Conservative travesties.  It would be nice, for once, if they actually governed like this were the case.