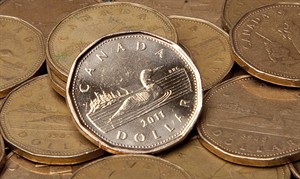 The Harvest from Hell is stressing farmers across the country.

Ottawa- Ontario and Alberta farm groups have fired off urgent appeals for government financial help for producers struggling with a weather-disrupted harvest made worse by the imposition of the federal carbon tax on fuel used to dry grain.

Grain Farmers of Ontario and a coalition of Alberta commodity groups sent their requests directly to Prime Minister Justin Trudeau because the issue is so critical to their members they couldn’t wait until an agriculture minister is named on Nov. 20. The Prime Minister’s Office redirected the requests to Agriculture Canada.

Spokeswoman Justine Lesage said the government knows “this season has been challenging for farmers across the country. We will continue to work together to ensure the success of all our farmers and people employed in the industry, through supporting farm businesses with the tools and the opportunities they need to grow, create jobs and drive our economy.”

A review of the Business Risk Management (BRM) programs will be undertaken early in the New Year “focused on competitiveness issues in trade exposed industries, such as agriculture.

President Marcus Hearle of Grain Farmers of Ontario, said, “Markets, prices and weather have combined to create a combination of stressors for farmers that some farms won’t be able to manage. Prices are depressed from the U.S.-China trade war, China’s refusal to buy soybeans, extreme weather events that created a difficult growing season and a harvest delayed across the province.”

The government should immediately revoke the carbon tax farmers are forced to pay when drying grain, he said. Farmers across the country can’t afford the extra cost “when markets and harvest conditions are so challenging.”

Paying the tax leaves farmers unable to invest in technologies that can combat climate change, he said.

Alberta crop groups have dubbed 2019 as the Harvest from Hell and they want “aggressive action from governments on serious economic hardships facing farmers.”

Heavy snow has trapped a big portion of the Prairie crop in the fields. On top of that ongoing, major trade disruptions still blocking farm exports into important global markets, the existing BRM programs are ill-equipped to mitigate these issues and the federal carbon tax will be imposed on Jan. 1.

“This is the kind of uncertainty that’s bigger than farm business cash flow, said Gary Standford, Chairman of the Alberta Wheat Commission. “The weight of these combined challenges starts to threaten farmers’ mental health.”

Keith Currie, Vice-President of the Canadian Federation of Agriculture, said, “While the concern regarding the need for an exemption of farm fuels for drying isn’t new, the difficult weather and challenging market conditions are putting significant financial stress on farms across Canada. In years with moisture during critical harvest periods, which some areas have certainly seen, the impacts of this tax on drying fuels can increase significantly.

“When coupled with the myriad of trade disruptions beyond producers’ control, an exemption on fuels for heating and drying presents an opportunity to help at least slightly reduce the overall financial challenges farmers are trying to manage their way through,” he said.

The Alberta groups want immediate adjustments to the AgriStability program to cover losses starting at 85 per cent of reference margins and to remove Reference Margin Limits in time for the 2020 harvest.