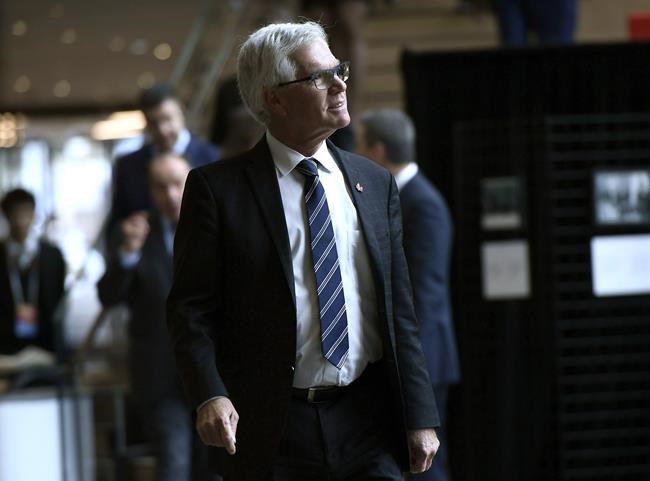 Ottawa—The Canadian Agri-Food Trade Alliance and other key business groups have called on the Canadian government to redouble its efforts to reform the World Trade Organization now that the United States has shut down its vital trade dispute referee function.

The Trump administration has continued the practice of previous presidents in blocking new and reappointments to the WTO’s Appellate Body causing it to run of members who can rule on trade disputes among countries. The U.S. feels the WTO don’t always favour its interests.

“We call on all WTO members to engage and intensify efforts to restore the full functionality of the Appellate Body,” said a joint statement from CAFTA, the Business Council of Canada, the Canadian Chamber of Commerce and Canadian Manufacturers & Exporters.

“For global traders and the workers and families they support, inaction is not an option. In the absence of a fully functioning dispute-settlement system, the WTO simply cannot do its job of protecting the rights of Canadian exporters and importers,” said the organizations, which collectively represent many thousands of companies across Canada, employing millions of Canadians.

The Appellate Body normally consists of seven members, of which three are required to hear any case. On December 10, the terms of two of the remaining three adjudicators are set to expire. The Appellate Body will therefore be unable to function, severely undermining the WTO’s dispute-settlement system.

In a statement issued after the business groups raised the issue, Mary Ng, Minister of Small Business, Export Promotion and International Trade, said the WTO dispute settlement system “is key to providing the stability businesses need for rules-based international trade.

“The WTO’s rules provide predictability to businesses, and help foster economic growth and prosperity as a result. By addressing the challenges businesses face in trading abroad, the WTO makes it easier for those businesses to thrive and create well-paying, middle-class jobs.”

“Through the Ottawa Group, Canada has been leading efforts among like-minded partners to preserve a rules-based settlement system until the full functions of the WTO Appellate Body can be restored,” she said. “The Canada-European Union interim bilateral agreement is just one example of Canadian leadership to preserve rules-based international trade.

“Canada will continue to work with all WTO members to resolve the Appellate Body impasse, to strengthen the dispute settlement system and to engage with other WTO members on interim appeal arbitration arrangements. We must modernize the WTO through meaningful reforms so it can continue to foster global trade and prosperity for generations to come.”

Under the leadership of then trade development minister Jim Carr, Canada launched with key allies a campaign in the fall of 2018 to reform the WTO. Despite many meetings, the issue remains unresolved.

“By reducing trade and investment barriers, establishing fair and predictable rules, and resolving disputes, the WTO enabled an enormous expansion in global trade and prosperity,” the Canadian groups said. “Countless jobs and industries in Canada and around the world depend on the preservation of a rules-based global trading system.”

Canada and its WTO reform allies want the WTO to become better at dealing with market-distorting measures such as industrial subsidies and global excess capacity in various sectors.

At the conclusion of last fall’s meeting in Ottawa, the members said “The current situation at the WTO is no longer sustainable. Our resolve for change must be matched with action; we will continue to fight protectionism and we are committed politically to moving forward urgently on transparency, dispute settlement and developing 21st Century trade rules at the WTO.”

Even other countries have complained about the WTO’s system for settling trade disputes, observers say. Cases take too long to resolve; the panel often overreaches in its rulings and the Geneva-based agency is ill equipped to deal with the challenge posed by the Chinese economy’s unconventional blend of capitalism and state control.