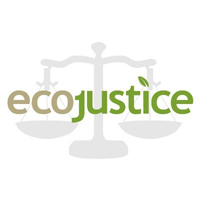 Ottawa-Federal Appeal Court Justice Richard Southcott has dismissed an application by environment groups challenging a 24 month phase out of certain uses of the neonicotinoid pesticide Thiamethoxam.

The groups represented by Eco-Justice claimed the Pesticide Management Review Agency (PMRA) went beyond its jurisdiction in granting the phase out period back in April when it should have immediately terminated those uses.

Southcott ruled that PMRA acted within its authority and imposed legal costs in the case to the applicants, which included the David Suzuki Foundation, Friends of the Earth Canada, Equiterre, and the Wilderness Committee.

Southcott said in a mid-December ruling he was “not convinced that the particular transition period length adopted by the PMRA represents a basis to challenge the reasonableness of a re-evaluation decision in the absence of an error in its assessment of acceptable risk.”

He concluded PMRA acted reasonably in setting the transition period, which set an acceptable risk for pollinators. “There is therefore no basis for the Court to interfere with the Decision.”

CropLife Canada said the Court’s ruling “is a win for modern, sustainable agriculture in Canada.” The case advanced by the environmental groups “demonstrates their lack of understanding of the scientific regulatory process and their disregard for Canada’s agricultural and food systems.”

The plaintiffs “have a long-standing history of opposing advances in modern agriculture. They are unhappy that the science continues to demonstrate the safety of pest control products and are now trying to use the courts to create an unworkable system that prevents farmers from using modern and effective pest control tools.”

The groups sought to handcuff “Canadian farmers by imposing immediate changes to use patterns for pesticides without consideration of the disruptions this would cause for businesses and farmers, and the impact it would have on the competitiveness of the agriculture industry in Canada. Some segments of the industry would have experienced immediate removal of tools from their toolbox for which they would have no alternatives.”

The court’s ruling confirms that the PMRA can continue to protect the health and safety of Canadians and the environment while at the same time recognizing the practical implications of changing what’s available to farmers to protect their crops.

Ecojustice said PMRA acted unlawfully in granting the two-year phase-out, which “is really an unlawful delay in implementing risk mitigation

measures the PMRA itself concluded are necessary to protect pollinators.”

It said that Thiamethoxam is toxic to bees and other pollinators. The organization had challenged the conditional registration of Thiamethoxam pesticides in Federal Court in November 2018 arguing the PMRA was lax in its oversight. The Court declined to hear the case.

Ecojustice said PMRA had already concluded the pesticide puts pollinators at risk. It appealed the decision because we are concerned that the PMRA isn’t living up to its responsibilities as a regulator.

PMRA said last April it would not impose significant new restrictions on the use of neonic insecticides clothianidin, imidacloprid and thiamethoxam beyond those announced previously. Permitting them for treatment of crop seeds and greenhouse vegetables “is not expected to pose unacceptable risks to bees and other pollinators.”