Labour shortages a current and future problem for agriculture 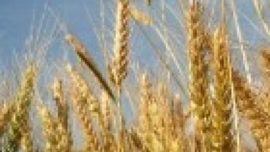 Ottawa—A shortage of workers could undermine the potential of significant future growth in demand for Canadian food products, says a new report from the Canadian Agriculture Human Resources Council (CAHRC).

Not only is the sector currently short 16,500 workers, about one-third of the current crop of farmers and workers will reach retirement age during the next 10 years, the report said. This comes as domestic and international demand for Canadian foods is growing.

The unfilled jobs cost the industry $2.9 billion in lost sales in 2018, the last year for which statistics are available. Currently 59,500 foreign workers are working on Canadian farms, which fills much but not all of the employee shortage in the sector, CAHRC said.

With the retirements, “the sector’s labour gap will nearly double over the next 10 years, reaching 123,000 people by 2029. This is equivalent to 32 per cent of labour demand for that year, or roughly one in every three jobs in the sector.

“Ontario will account for the majority of Canada’s agricultural labour gap in 2029, but Quebec, Alberta, British Columbia, and Saskatchewan will also have sizeable labour gaps,” the report said.

By commodities, horticulture will continue to experience significant labour gaps. However, grain and oilseed and beef producers “will experience the largest increases in their labour gaps, and account for much of the increase in the labour gap for the sector as a whole.”

On top of the labour shortages, the sector will have to cope with slowing productivity growth, the report said.

The agriculture sector faces unique issues attracting workers because it “has some of the largest seasonal fluctuations in employment of any major sector, and one of the longest work weeks, particularly during seasonal peaks,” the report said.

“Second, many agricultural operations are in rural areas where populations have shrunk. Third, many potential workers have negative perceptions about the sector, particularly around the physically demanding nature of the work and variable employment due to seasonal fluctuations.”

Finally, in a competitive commodity market, “employers are largely unable to raise wages to attract workers and pass the higher costs on to their customers,” the report said.

“While many other sectors face one or two of these labour challenges, no other sector faces all of them at once, and their cumulative effect on Canada’s agriculture sector has added to the difficulties agricultural employers face.”

Then there are the worker challenges each commodity group faces. Dairy and poultry farms face a shortage “of qualified workers with the right skill sets near their location.

“For producers of horticultural products, maintaining access to foreign workers is critical, given that they now account for more than two-fifths of the segment’s workforce,” the report said.

Red meat producers have seen a sizeable decline in suitable workers while the rural location of grain farm and aquaculture operations is a problem in recruiting workers that is exacerbated “by limited access to agriculture-specific employment programs that provide access to foreign workers.”

costs and increased turnover and “reduce the sector’s growth potential, as producers have to delay or cancel expansion plans due to a lack of labour,” the report said.

Ontario will be hardest hit by the shortages.

While foreign workers have been able to fill just over three-quarters of the agriculture labour gap especially for seasonal work, “it is unclear whether producers will be able to rely on foreign workers to the same extent in the years to come.”

To fill the labour gap with foreign workers would require all commodities to have equal access to them and “the creation of supportive programs to allow foreign workers to transition to Canadians citizenship,” the report said.

“Ultimately, foreign workers are only one element in a multi-faceted solution that must come together to address the sector’s considerable labour challenges robustly and sustainably. In addition to improved access to foreign workers and pathways to permanency, the industry recognizes the need to make further improvements in attracting more domestic workers by creating learning resources that promote agricultural careers, outlining potential career pathways, and dispelling misconceptions.

“We also need to enhance worker knowledge and skills through improved access to job training, find ways to align learning resources more closely with evolving workplace needs, and support best practices in human-resource management for all employers and managers across the sector.”