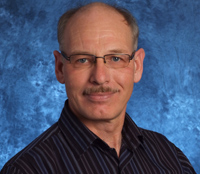 In recent weeks, national print media has laid bare the impact of the carbon tax on Prairie farmers. However, when it comes to this discussion of how climate change policy impacts our industry a fundamental, systemic, imbalance is too often missed. Simply put, farmers do their part daily on climate change and receive zero credit (financial or political) for it.

While a carbon tax is an efficient and effective tool for reducing greenhouse gas emissions, it fundamentally overlooks the role of the agriculture sector in capturing and sequestering carbon in soils. It’s this lack of acknowledgement that is helping to fuel much of the current urban-rural debate over the contribution of the agri-food sector to climate change, while leaving an important climate change policy tool un-used.

Canadian farmers are responsible for removing millions of tonnes of carbon from the atmosphere yearly. Not simply reducing carbon emissions, actually removing carbon from the atmosphere. Agriculture and Agri-food Canada has estimated that the adoption of zero tillage and other beneficial management practices has conservatively resulted in the storage of 7 million tonnes of CO2-eq in farmers’ fields annually since 1990[1].  In addition, farmers grow crops that use photosynthesis and are estimated to absorb approximately 70 to 90 million tonnes of CO2annually[2]. There are also farmers in Canada who go beyond these averages and deliberately change their practices to achieve zero or negative carbon production systems. These are all facts seldomly recognized by Canadian and international consumers and too often ignored in our current carbon policies.

Is it any wonder why so many farmers are frustrated with Canada’s climate change policy and political leaders when the farmers’ important contributions to the fight against climate change go unrecognized and uncompensated while their daily costs continue to rise?

As a matter of sound climate change policy, we must rebalance the current regime to tax emissions and reward carbon sequestration. To get this done the government could start with recognizing the minimal storage levels for various crops in various soil types and working towards reflecting this environmental service in prices received by farmers.

Climate change is a global problem and should also require Canada to take a global view. In any given year, Canada exports around 30 to 60 million tonnes of CO2 absorbed in crops that are consumed in other countries, yet the emissions from the consumption of these Canadian crops do not enter into importing countries’ emission accounting.

From an international perspective, Canada needs to take leadership to change the global carbon accounting system to reflect the huge amounts of carbon stored in crops and traded globally. This requires internationally agreed upon standards to include the value of carbon captured in the prices of all produce. Ultimately, this would provide farmers with incentives to further sequester carbon through innovative practices, and consumers with the correct price signals about their choices.