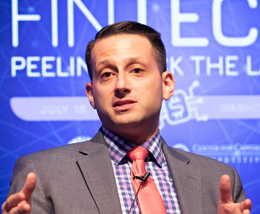 The era of open banking—where consumers and small businesses have full control of their financial data—is upon us.

The United Kingdom, Australia, and the European Union have led the way, but there is now work afoot in the United States to establish private sector working groups to begin to design voluntary open banking standards. But there is only so far these groups can take us. Lawmakers and regulators must regard these voluntary consortia as a conversation starter, not an end point.

On their own, these bodies will not deliver open banking. And the nature of private-sector led efforts, in which only some industry stakeholders participate, could mean both asymmetry of adoption and of consumer protection.  Policymakers will need to work together to update federal laws to create a system that requires financial institutions to establish interoperable direct data feeds that provide a method for fintech firms to access data on behalf of consumers or small businesses when they provide their consent. That means creating rules for accountability and liability to ensure the entity responsible for a data breach makes the consumer whole for any resulting financial loss given sufficient evidence of that third party’s responsibility. It also means creating rules to provide objective traceability in the ecosystem.

If implemented properly, open banking will preserve the security and stability of the financial system while empowering customers and accelerating opportunities for innovation. The issues outlined above are difficult ones, but, if properly formed and scoped, industry-led working groups can build the foundation policymakers need to unleash the promise of open banking for consumers and small businesses.

The critical areas of concern for these groups include scope, permissioning, accountability and liability, legal and regulatory structure, technology, governance, and oversight. To properly consider these topics, these standards bodies must have representation from all stakeholders in the financial services and fintech sectors. Lenders and consumer organizations must also be included, and representatives from each sector should be considered essential and co-equal. The groups also should include government representatives whose primary role should be to encourage participants to look beyond commercial interests and keep consumers’ interests at the center of the debate.

Where it is not possible to arrive at consensus, the working groups should provide to government stakeholders the need for and recommended shape of their intervention.

Underpinning all of this work, of course, is the need for Canadian lawmakers to grant consumers in their jurisdictions the legal right to leverage their own financial data through the financial provider of their choice. That right does not exist today, and its absence limits consumer choice in determining the products and services best suited to their individual financial situations. It also hinders competition, improved pricing, and innovation.

Because consumers have no legal right to share their data, the system today for permissioning data between financial institutions and fintechs is unbalanced and ineffective. Some Canadian financial institutions, for example, do not allow their customers the choice to give access to their own information to a third-party provider. Restrictions in customer account agreements make clear that consumers are violating the terms and conditions set forth by their bank by connecting their accounts to third-party tools. Additionally, there are minimal technological solutions offered by the less restrictive financial institutions to facilitate this sharing of information, which limits the ability of innovative new products to come to market.

This needs to change. With Finance Canada in the lead, Canadian policymakers must move quickly if they want their constituents to have the same access to financial technology tools citizens in other countries do. By endeavoring to create industry-led open banking working groups, the United States and Canada are inching their way toward the changes need to achieve that goal. Let’s hope we see more after these bodies are established and complete their work.

Steve Boms is a member of the board of directors of the Financial Data and Technology Association, which played a pivotal role in crafting the design and implementation of open banking standards in the United Kingdom and Europe, and is executive director of the organization’s North American chapter.
The views, opinions and analyses expressed in the articles on National Newswatch are those of the contributor(s) and do not necessarily reflect the views or opinions of the publishers.
Click here for more political news headlines
Tweets by @natnewswatch