The High Cost of Providing Wireless Service in Canada 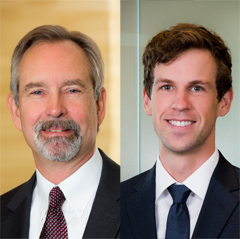 In Olympic competition, divers are evaluated on both the degree of difficulty of the dive and how well it was performed. Objective evaluation of wireless service is really no different—how difficult is it to provide service and what is the result? The difficulty in providing wireless service is largely reflected in the cost of providing the service, and its performance is measured in the speed and quality of the service, as well as price. The degree of difficulty in Canada is high, as Canadian wireless providers face significantly greater cost pressures than carriers in other countries on key network inputs and factors like climate and size of coverage area that impact costs. These cost pressures contribute to price disparities between Canada and other countries.

To better understand wireless service price differences between Canada and other countries, we examined the cost of providing wireless service in Canada against a group of Benchmark Countries (Japan, Germany, France, UK, Italy, and Australia). In principle, we know that there is a direct connection between the cost of delivering services and the price to obtain those services – put simply, if costs go up, so too do prices. Our analysis of the data suggests this principle holds true for Canadian telecoms. Where there are differences in the price of wireless service between Canada and the Benchmark Countries, there are also differences in the cost of providing that service.

What we found is that the cost of Primary Cost Drivers is higher in Canada compared to these countries. We also found that differences in a number of environmental factors contribute to higher wireless service costs in Canada.

Primary Cost Drivers have a direct impact on wireless service costs. They include variables like capital expenditures, and costs related to labour and the purchase of spectrum. Capital expenditures represent the cost of building and adding infrastructure to the wireless network. Labour costs represent costs of operating and maintaining the network, while spectrum costs represent the cost to license and use the government regulated radio waves through which information (e.g., calls, data) is transmitted over a wireless network.

Canadian wireless network capital expenditures per subscriber are 50 percent higher than the Benchmark Country average. These higher capital costs place upward pressure on the prices that consumers pay in Canada. Labor costs drive industry expenses, much like capital costs. In the case of mobile telecommunications, we expect higher labor costs to drive up retail plan prices. Across all industries, Canadian companies face over 10 percent higher labor costs than Benchmark Countries. Canadian spectrum prices are significantly higher than the average of the Benchmark Countries as well. In general, lower frequencies (the “coverage band”) provide extended coverage at lower cost as fewer base stations are required to achieve greater geographic coverage, whereas higher frequencies (the “capacity band”) are primarily used by mobile operators to cover urban and suburban areas where data traffic is dense and substantial network capacity is required. Canada has the most expensive spectrum among countries in the study. The capacity band is twice as expensive in Canada, while coverage spectrum is four times more expensive than the Benchmark Countries. For example, on Canada’s 2019 600 MHz auction alone, Canadian wireless operators spent $3.47 billion.

Operating environment cost impacts – including geography, population density, and climate – are due to characteristics of the service provider’s service territory that are outside the control of the service provider but affect the magnitude of primary cost drivers described above. For example, a smaller population size spread out over a large area is much more expensive to cover than a high population size in a small geographic area – it is simply more cost effective to connect downtown Tokyo than it is to cover rural Alberta. Other operating environment impacts include climactic variables (cold winters and humid summers), size of service area, and teledensity (the number of subscribers per square kilometre).

Extreme weather can result in both higher investment requirements and higher operating expenses. Global weather data suggests that Canadian cities experience more extreme temperatures than other locations in the study as Canada has three times as many average annual days below freezing than the average of the Benchmark Countries. Similarly, wireless companies in Canada experience nine times as much snowfall each year compared to wireless companies in the Benchmark Countries. This is significant to the extent that it drives both higher capital costs and higher labor and maintenance costs. Canada has a much larger land mass to cover with wireless service—three times the average of the Benchmark Countries. With greater land mass for its number of subscribers, we would expect this differential to result in higher costs. Except for Australia, Canadian companies serve the fewest number of customers per square kilometer of all countries in the study. This low teledensity metric places upward pressure on wireless prices in Canada. Even with Australia included in the benchmark average, and even with an adjustment made to account for unserved wilderness, Canada faces a teledensity metric 95 percent lower than the other countries in the study.

As a country, Canada presents a challenging and forbidding operating environment for wireless carriers— to return to our original metaphor, the dive has a high degree of difficulty. Simple comparisons of wireless prices across countries that fail to account for the cost differences in providing wireless service offer a distorted picture of the competitive landscape. This makes for bad economics and even worse public policy.

Mark Meitzen is a Senior Consultant with Christensen Associates with over 35 years of experience in the telecommunications industry. Dr. Meitzen received his Ph.D. from the University of Wisconsin-Madison and worked as a regulatory economist for Southwestern Bell Telephone Company prior to joining Christensen Associates.

Nick Crowley is an Economist with Christensen Associates, specializing in productivity analysis and utility regulation. Mr. Crowley has an M.S. in economics from the University of Wisconsin-Madison and formerly worked as an economist at the Federal Energy Regulatory Commission.

Christensen Associates has consulted with TELUS on the matter of wireless service costs.