What if physical distancing is not effective in COVID-19 containment? 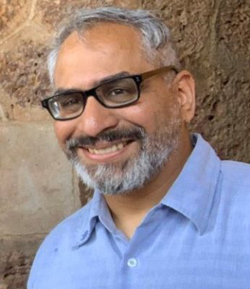 Learning from the community-centred response to Ebola in West Africa.

“Flattening the curve” efforts are meant to slow the surge in cases just enough that that capacity of our health care systems will not be exceeded.  However, as we now await the results of our individual efforts in physical distancing to flatten the curve, we are already facing shortages of necessary medical supplies, masks, and ventilators, while staff are facing exhaustion.  What can be done if physical distancing doesn’t work to halt community spread and our health care system cannot cope? What is “Plan B?”  Insights to these questions may be gained from the West African experience with Ebola in 2014.

At first, it may seem a bit far-fetched and even illogical to compare the two pandemics.  After all, Ebola does have different biological characteristics from COVID-19 – although the important parameter of the basic reproduction number or the number of individuals infected by a case, are in fact similar. Moreover, the culture and social conditions of West Africa are summarily dismissed by Westerners as being too different from the West.  For instance, this underlying sentiment may be inferred by the Quebec government’s refusal to take up the offer of assistance in the COVID response from Dr. Joanne Liu, the former international president of Doctors Without Borders who helped steer the Ebola response in West Africa based on 25 years of pandemic preparedness experience.  She was told that her services weren’t needed. Such characterizations of the pandemic circumstance miss the point. Putting aside Western hubris and getting down to the basics, in both pandemics we are dealing with the fundamental problem of community spread of an infectious disease amongst human beings.

The particulars of the infectious disease are not as relevant as would first be thought. Community spread ultimately requires a community-based response. That is, an approach that recognizes human interaction as front-and-centre to the response.  West Africa was able to combat an infectious disease with a dysfunctional health care system that was crippled by years of civil wars, political instability, and abject poverty.  They could not rely on their health care system to fight the disease. If COVID-19 exceeds the health care capacity of the West, we too will face a situation where we cannot rely on the health care system and will have to rely on some form of a community-response to care not only for ourselves, but for the vulnerable and the elderly in particular.

The Community-Based Strategy Initial attempts by the international community to contain the Ebola outbreaks were not successful because of a lack of sensitivity, receptiveness and respect to the cultural norms of West African life. In response to this failure, the community-based strategy pioneered by my research partner, Harvard-trained Liberian Dr. Mosoka Fallah – recognized as Time Magazine’s “Person of the Year” in 2014 for his role as an Ebola Fighter – was developed. This strategy involved adopting socially-based practices to combat community spread and mount medical treatment: mobilizing community groups and recruiting local leaders to train community members on the basics of outbreak response such as: improving hygiene by establishing neighbourhood hand-washing stations, aid in the distribution of cleaning and protective equipment to households, creating a system of surveillance based on  neighbourhood block watch models, learning how to safely transport sick family members to treatment units, and to establish a community infrastructure to care for those in quarantine including, the provision of food, water and medicine as well as elderly and child care and the washing of clothes.  Remarkably, community members were even trained to competently conduct case identification and contact tracing activities – the core activities of formal outbreak response that require a large amount of labour power. As such this particular capacity is often lacking in the North American pandemic response.

The large-scale Ebola outbreak ended within the astonishingly short span of time (within months) by adopting the community-based approach. It is not the specific actions that were taken that is key, rather it is the orientation that is important – an orientation based on a collective rather than individual approach to a public health problem that relied on a mix of social and scientific/public health strategies.  This may be a “hard sell” in the individualist-based West where we rely exclusively on technical fixes predicated upon a well-functioning health-care system or vaccination, rather than social fixes. But, in the absence of the former we must rely on the latter.

As resources and supplies become increasingly scarce, innovative practices will need to be adopted. West Africa did indeed face these resource-constrained circumstances yet they were able to swiftly contain the community spread.  In fact, they faced a worse situation with their decimated health care systems, but they succeeded – and they did so through local community engagement. Indeed, glimmers of this approach are already appearing. Prime Minister Trudeau recently announced an action very much in spirit with the community-based disease response. Via United Way Canada, $9million of funds are to be directed to local organizations to provide services to seniors, including: delivery of groceries, medications and other needed items and community outreach. He has further noted that everyone has “answered the call of duty” in the fight against COVID-19. While the emerging social media-driven “care-mongering” movement is likewise based on inculcating a spirit of community in providing help to the most vulnerable in these times – especially for those who have been neglected for so long, such as the elderly in long-term care institutions.

Community-based provisioning of health care and outbreak response represents an important practical “work-around” to an overburdened health care system. This may prove to be the most important lesson for the North American response to COVID-19.  Despite the heroic efforts of our front-line health care workers, we will not be able to beat the disease without a greater mobilization and involvement of the community – in the true sense of the word.