The Star leads the way to save journalism in Canada 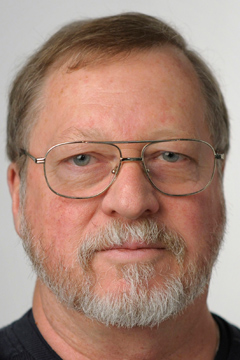 A major media organization in Canada is getting it right. The future of journalism – an essential service in the time of COVID-19 — is entirely digital and the new owners of The Toronto Star have recognized that.

It’s too bad that The Globe and Mail has put this story behind its paywall but for those who don’t have access, here are the relevant paragraphs:

The bidders for Torstar Corp. plan to push the struggling newspaper publisher’s transformation into a digital news and information provider . . .

Jordan Bitove and Paul Rivett, who have offered just over $51 million for Torstar, say the publisher of The Toronto Star has lagged its competition in generating revenue from internet-based offerings. The duo plan to concentrate on boosting Torstar’s large subscriber base. . ..

There are no details yet and no indication whether it means the eventual move to 100% digital that will be necessary soon. However, that doesn’t matter at this stage. It’s the first step in the right direction.

This is still the best news in an era where a meteorite in the form of declining advertising revenue has hit the world of journalism in Canada and an annihilating winter is already well under way for the dinosaurs of print.

As I’ve written earlier, the owners of major media companies in Canada are stuck in the past. They are pleading with Ottawa to send them bailout money and to tax Facebook and Google. But they plan to use any such revenue to prop up their dying infrastructure of printing presses and an ink-on-paper product delivered to your doorstep every morning.

Does anyone really believe that the print business model will survive the next 5 years? Certainly not the next 10 years. But that’s where Canadian media owners are pouring all their resources, rather than planning for the future.

In both of their pleas to Ottawa, the owners have made zero promises of expanding their journalism, protecting the jobs of journalists, and/or moving fully into the digital world.

The decline of print and the rise of digital has been under way for more than 20 years. The speed of that decline has simply increased substantially as print advertising revenue tumbles even further because of COVID-19.

In recent months, dozens of small publications across Canada have closed. Scores of journalists have been laid off. Just yesterday, Postmedia announced another 40 layoffs at its newspapers after unionized members refused to accept pay cuts to spread the pain. That’s on top of other deep cuts made earlier this year.

Yet, Postmedia made no new commitment to move to the increasingly digital world in which we are living and in which we will continue to live even after COVID-19.

Recently, Globe and Mail publisher Philip Crawley – a man for whom I have worked and for whom I have the greatest respect — appeared before a Commons committee in Ottawa to argue for a speedup in promised federal aid and new measures — to newspapers.

According to a transcript of the hearing, he focused mostly on saving The Globe’s dying print infrastructure.

“I sign a bill every week for about a million dollars for printing,” he told the committee. “If the government was to step in and say we’re going to help with your printing costs, every newspaper in the country could benefit from defraying some of its printing costs.”

Crawley also urged the government to follow the proposals in other countries to tax Facebook, Google and other digital giants who distribute journalistic content from The Globe, The Star, Postmedia and other Canadian journalistic publishers without adequate compensation.

That’s unfair, of course, and needs to be corrected. But I’ve argued elsewhere that the government should ignore this particular plea from the publishers and instead use its clout to force the media owners and the digital giants to strike a fair deal. The owners need a federal bailout. The digital giants want to avoid being taxed. Ottawa can easily force them to compromise by offering the former and withdrawing the latter — when a deal is reached.

Crawley had some other telling statistics to offer.

“We are one of a small number of publishers around the world who have transitioned successfully to a business model that’s based on premium content. The majority of our revenue comes from the 120,000 digital subscribers and the 110,000 print subscribers who currently pay to consume our journalism.”

that, of course, is great news, by itself.

But read that carefully.

The Globe now has more digital subscribers than print subscribers. Yet, The Globe, like so many other major media outlets in Canada, has zero plans to increase its digital content or upgrade its digital presentation online, even as print advertising craters.

Friends of mine who still work at The Globe describe — and decry — a trend that has been under way for several years – a massive reversion to focusing on the print product.

Senior managers focus endlessly on what’s on the front page of the newspaper and even, though less frequently, on what’s on each page of the A Section, but they almost never look at what’s on the Home Page of globeandmail.com or any of its subsection. Large parts of the website are completely automated, beyond the control of the digital editors. A sophisticated algorithm, not editors, determines what you see on that website.

Reporters still believe – because they are constantly told this – that the only important thing for their stories is “to make the paper.” Having their stories published digital-only makes them unhappy.

I’m not singling out The Globe. I just know it best, having worked there for more than a decade as a senior digital manager. The same failing approach is true of newspapers across the country.

The owners of all other major Canadian media outlets need to think very carefully about the trail The Star is about to blaze.

It’s the path to the future. The Star has it right. The rest of major Canadian media owners are about to find out what happened to the dinosaurs.

Jim Sheppard was executive editor of globeandmail.com for 11 years. Prior to that he held senior leadership positions at washingtonpost.com and ABCNEWS.com. This post is part of a series which can be read here: