Future trade links with the United Kingdom up in the air 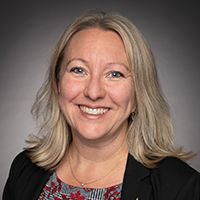 Ottawa—With less than seven months to Britain’s departure from the European Union, Canada’s commercial relations with its fifth largest trading partner are clouded in uncertainty.

Conservative MP Michael Kram told Parliament in May the United Kingdom has “released its list of tariffs on Canadian exports that will take effect next year if no free trade agreement is in place. These new tariffs will apply to Canadian wheat, lobster, maple syrup and pretty much everything else that Canadians produce and export.”

While Canadian officials have been talking with British trade officials for months, no formal free trade negotiations have been announced. Without a deal, Canadian exporters would be stuck paying for new tariffs, Kram said.

Associate Finance Minister Mona Fortier said that cabinet ministers and officials remain in contact with their British counterparts while the government analyses the latest most favoured nation tariff regime schedule announced by the U.K. “All Canada-EU agreements will continue to apply to the U.K. during the Brexit transition period.”

Britain wants to have its own trade deals in place by the end of this year but has yet to announce any. It could also decide to operate under the existing Comprehensive Economic and Trade Agreement (CETA) between Canada and the E.U. It has produced disappointing results for parts of the Canadian agrifood sector because of significant non tariffs barriers imposed on a variety of products.

Trade experts say Canada needs to fix the problems in CETA in a separate trade agreement with Britain. Canada has been clear on its expectations and it’s now up to Britain to make a move, they say.

The Canadian Agri-Food Trade Alliance says it remains “supportive of the overall promise of CETA, but we are disappointed with the lack of progress on removing technical constraints and other non-tariff barriers which are taking considerable time to be adequately resolved.

“Additionally, we are very concerned about the surprising lack of EU control over protectionist measures in Italy, where new non-tariff trade barriers have been implemented in the form of country-of-origin-labeling on durum wheat, which could continue to depress exports to Italy.”

Canada hasn’t challenged any of these measures.

Claire Citeau, CAFTA’s Executive-Director, said in a statement “The bottom line is that Brexit may continue to be an ever-changing situation for the foreseeable future and uncertainty may persist for exporters.”