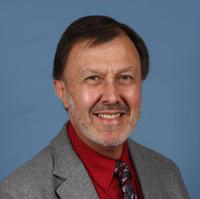 The federal government has pursued an aggressive agenda over the past two years to use untried methods to force drastic reductions in the prices of new medicines in Canada. The response has been many loud warnings from patients and others that the policies would inevitably stop vital new medicines from being introduced here.

The warnings were correct.

A drug known as Trikafta, approved in the United States in October 2019, has the potential to transform the lives of 90 percent of the more than 4,000 Canadians with the fatal lung disease cystic fibrosis (CF). But not only is the drug not yet approved here, its developer has not even applied for marketing authorization in Canada, citing the uncertainties of the new pricing process.

Patients have been calling on the federal government to work with the manufacturer to bring Trikafta to Canada. The need for access to the drug is especially critical right now when COVID-19 presents a high risk of death to CF sufferers.

The response has been astonishing. In Parliament and again in a Maclean’s interview, Minister of Health Patty Hajdu says Health Canada’s Special Access Program (SAP) “makes drugs like Trikafta available” and she encourages “all patients with cystic fibrosis to speak to their doctor to ensure that they too can apply through the SAP.”

Why is the Minister of Health urging Canadians to make use of a program that Health Canada’s own documentation emphasizes “is not intended to be a mechanism to promote or encourage the early use of drugs”? Why is she promoting this or any medicine through the SAP, when a manufacturer is strictly prohibited from even talking about the existence of a treatment being available through the program?

The SAP is intended to be a way for health care providers to temporarily bridge end-of-life patients or patients in other special circumstances who could benefit from an unapproved treatment immediately. A medicine is provided through the SAP for renewable three-month periods until its benefits and risks have been reviewed and approved by Health Canada and it becomes commercially available. But patients often have to pay the full cost.

Recommending the SAP as the solution to Canadian CF patients seeking Trikafta does nothing to address the root cause of why the medicine isn’t already available through normal processes and paid for by public and private insurance plans.

The company and patients have made it clear that the drastic new pricing rules are the reason why Trikafta is not yet available. However, the government won’t even acknowledge this as the issue, let alone work constructively to resolve it.

Plenty of warning signs have indicated that this would be the result of the government’s new drug pricing policies. Pharmaceutical executives responding to a survey were unanimous in saying the pricing changes would negatively effect their business plans in Canada and almost all thought they would adversely impact both research and new product launches.

These impacts are already being seen in significant reductions in the number of new clinical trials and new medicines authorized in Canada. Trikafta is just one of 24 new therapeutic medicines, including some for rare cancers and rare disorders like sickle cell disease, Duchenne muscular dystrophy and porphyria, out of 43 approved by the US Food and Drug Administration in 2019 for which the manufacturer has yet to apply for marketing authorization in Canada.

Rather than face up to the clear and drastic consequences of the government’s policy decisions, the answer from the Minister of Health is for Canadians to access such unavailable treatments through the SAP, bypassing her own department’s necessary evaluation of their efficacy, safety and production quality and making access to public or private drug insurance impossible.

As a result, by early May, fewer than 100 CF patients in Canada had benefited from Trikafta, rather than some several thousand. The others are left to watch their disease progress to its ultimate conclusion and use even more costly health care resources, all in the cause of the federal government forcing drug prices down to unsustainable levels for the companies that discover and make them.

All Canadians want fair drug prices. But fair also means being at a level that makes Canada an attractive market for drug developers to get a fair return on their research investments and make them available promptly to patients who need them. Having cheap drugs that aren’t available provides zero benefit to Canadians.

Nothing fair exists in denying Canadian CF patients approved and funded access to treatments that they have been waiting for throughout their greatly endangered lives – treatments that hold the promise of long-term management of the disease.

That won’t happen until the Minister of Health acknowledges that the real problem is her government’s new drug pricing rules. SAP will not fix that.

Nigel Rawson is president of Eastlake Research Group and an affiliate scholar with the Canadian Health Policy Institute.