To Not Act Against Racism, Is To Put At Risk Our Democracy 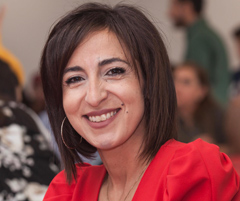 Almost a year ago, I wrote an article about my cousin in Syria, a mother who lost two sons over a span of only two years, Farouk and Fidaa Nassif, in a merciless Syrian war. My cousin is still grieving.  Despite the reality of war and its savagery, the news hit us like a ton of bricks.  More recently, three American mothers are also grieving the loss of their children — the mothers of George Floyd, Ahmaud Arbery and Breonna Taylor.  All three women had to witness the murder of their children — and in a place no other than the United States of America.

Ahmaud Arbery was not a soldier in a war.  He was a 25-year-old young man jogging in Satilla Shores, Georgia.  Breonna Taylor was a 26-year-old certified emergency medical technician, killed by plainclothes policemen who raided her Louisville, Kentucky apartment and shot her eight times.  Last week, 46 year old George Floyd was killed by a Minneapolis police officer, who pressed his knee into the back of Mr. Floyd’s neck, ignoring his victim’s increasingly desperate pleas for several minutes, “Please. Please. I can’t breathe, officer. I cannot breathe. I cannot breathe.”

In this time of pandemic, Arbery, Taylor and Floyd did not die due to COVID-19; they were killed by what has been identified in the U.S. as a public health crisis of racism. Today, in a democratic United States of America, “the Land of the Free,” Black mothers live under the constant threat of losing their children for no other reason than the color of their skin.

I teach a course that speaks to issues of social justice.  In class, we grapple with the reality of racism and its prevalence in North America, where we learn that racism is about racial and cultural prejudice and discrimination that is supported, and legitimized, by institutional power and authority, and one that penetrates all dimensions of life including the political, economic, and social, where there is unequal distribution of privilege and power between Whites and people of Color.  For Black people, this reality is the gravest as they have been, and continue to be, disproportionately impacted by racism throughout history and until today. To deny this reality, is to dismiss hundreds of years of history and contemporary race inequity and struggles of Black people, and to participate in the spread of a historical amnesia.

It is always the case that my students, our younger generations, are genuinely appalled and repulsed at the thought of one of their friends discriminated against because of skin color, and they are quick to confirm that they do not think “like that.”  Here, I highlight the importance of remembering that when we speak to racism, we are not speaking on an individual level, but on a group level where racism is a systematic and dominant way of thinking in our North American culture.  We speak about how our reactions on the individual level are just as important in order for change to happen on the group level, where another individual’s human suffering is a public issue, a social concern, and a moral responsibility.  To exercise our democratic agency is to also exercise our individual rights and liberties to intervene, disrupt, and challenge racist and oppressive systems; to not act, is to put at risk our democracy itself.

In 1986, my father decided to immigrate to the United States of America from our homeland of Syria, with the imagined dream of bringing my brothers and I to a democratic and socially just American land on which we could feel safe and equal.  I wonder if my father would have made the same decision had he known about a racist reality that continues to fester in the Land of the Free.

On August 28, 1963, Martin Luther King, Jr. delivered his famous “I have a Dream” speech in which he expressed that he had a dream where one day his four children would “live in a nation where they will not be judged by the color of their skin.”  On May 28, 2020, Bernice King, the daughter of Martin Luther King Jr., reiterated that call for justice, and in a recent tweet, she pleads that we “begin the deconstruction of a system set up to dehumanize, terrorize, and discipline Black people.”  The truth is that we are still at the beginning; the reality is that progress is shackled by the systems in place.

American cultural anthropologist Margaret Mead once said, “Never doubt that a small group of thoughtful, committed, citizens can change the world.  Indeed, it is the only thing that ever has.”  The system will only be changed when we rise together as humans — white, black, brown or of whatever shade our skin happens to be — in solidarity with the oppressed in a land, and a humanity, that is far from free.

Ghada Alatrash teaches in the Women’s and Gender Studies Department and the General Education Department at Mount Royal University, in Calgary.  She holds her PhD from the University of Calgary in Educational Research: Languages and Diversity.  She is the author of Stripped to the Bone: Portraits of Syrian Women.