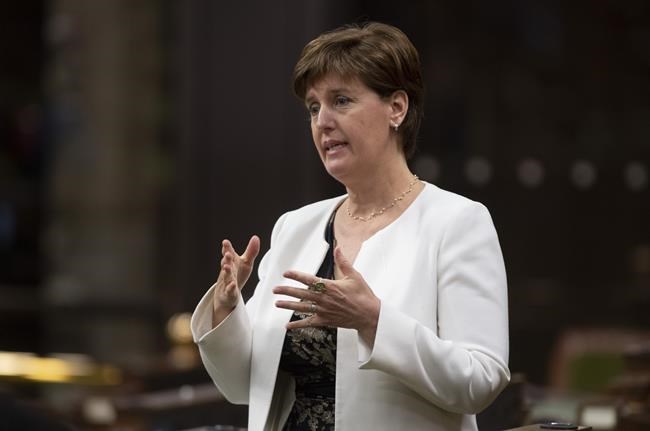 Agriculture Canada calculation on the carbon tax on grain drying reveals what it doesn’t understand.

Ottawa-Agriculture is going through its worse period in decades but farm groups can’t get governments to listen to their concerns and take action, says Markus Haerle, chair of Grain Farmers of Ontario.

COVID is creating “risks that are bigger and more current than I have ever experienced in my farming career,” he told the Commons agriculture committee. After last year’s harvest problems and the current low prices, “we are at a point that we cannot even break even.”

Meanwhile, Washington is providing fulsome support for its farmers. “Our grain farmers cannot compete with farmers who are able to survive these low prices with support from their government. The U. S. farmer is our direct competitor.”

The former Conservative government cut the Business Risk Management programs when times were good. “Now we are in crisis. Prices of all our commodities are below the amount of money that we have spent to grow those crops.”

Adding to the farmer frustration is the shift of the federal-provincial agriculture ministers’ meeting to the fall, which will further delay any changes to BRM. “The wheels are in motion, but there seems to be some hesitation from the federal government to step forward and take the initial step.

“I think it would be very important for the Canadian government to show leadership through this crisis, show what it is willing to offer up, and I’m nearly sure that the provincial governments will actually sign on to the programming that would be proposed,” he said. “The urgency is there.”

Asked about Agriculture Minister Marie-Claude Bibeau’s statement that the carbon tax on propane and natural gas used in grain dryers added $200 and $800 in farm expenses last year, Hearle said, “I don’t know where she gets her figures from, but it’s a very simple calculation where they went wrong.

“They took the whole amount of tax that was collected through the fall season, divided it by all the farms that produce grains and oil seeds,” he said. Not all crops have to be dried. On his Eastern Ontario farm of just over 2,000 acres, Hearle paid about $5,5000 last year just to dry his corn crop.

This year he figures he will lose about $170 an acre because of lower prices plus the increased drying costs, he said. “These are the hard sell issues that farmers have to cope with and we don’t have any way out to even get anything else. There are still bins of beans out there that farmers don’t even know how to sell because they’re losing money on it, and every time they send a truck away they know that they’re not recovering their costs.

“It is a big problem and it raises a cashflow issue,” he said. “That’s why there’s that ask of some programs that cover the issue of today, not only around COVID but bigger than that.

“The direct impact to a farmer in Canada is basically that we have to compete now against grain that is subsidized. The problem is going to be that we are going into the world markets, so subsidized grain that’s going onto the world market doesn’t need to get as much from the marketplace because the farmer already has a cheque in his pocket.”

The U.S. will flood world markers, which will put “pressure on that’s not subsidized and we’re going to be basically sitting on that grain because the processors—if you take the ethanol industry or even the feed companies—are going to be getting grain from outside of the country, which is going to be cheaper and their bottom lines are going to be better at the end.”