Dissatisfaction with AgriStability is no surprise, Guelph prof says 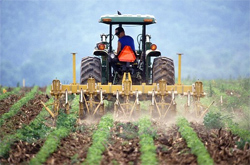 Ottawa—Farmer dissatisfaction with AgriStability during recent years should be no surprise, says Alan Ker, the Ontario Agricultural College Research Chair in Agricultural Risk and Policy.

The dissatisfaction can be seen in significant declines in that Business Risk Management (BRM) program, Ker, who is also a Professor in the Department of Food, Agricultural and Resource Economics and Managing, told the Commons agriculture committee.

“This dissatisfaction is, in my opinion, solely because of the pronounced and significant decline in loss coverage since Growing Forward. I want to reiterate that while the change in AgriStability program parameters, from 85 per cent to 70 per cent, may seem relatively minor, they are not. Decreasing the level of coverage from 85 per cent to 70 per cent may, in some cases, reduce loss coverage for some farmers upwards of a 100 percent.”

He said that a year from now, he expects the number of payments were triggered under AgriStability will be lower than might be expected. “I think we’re going to be surprised at how we have this pandemic and the lack of triggering AgriStability payments.”

Another problem with AgriStability is its relative complexity, he said. “Although more simple alternatives exist, unless coverage and therefore budget allocations are increased, I suspect that producer dissatisfaction will remain high. If BRM budgets are fixed, a decrease in coverage or subsidies in AgriInsurance could fund increasing coverage in AgriStability.”

Ker said there have been discussions about “public or private coverage for shallow losses not covered by current programs. Although AgriInvest is meant to assist farmers with there types of losses, governments could consider offering non-subsidized individual or area-level shallow loss products but cover program administrative and operating costs.

“However, I would not expect farmer participation to be high as many would continue to choose to self-insure against these shallow losses. Farmer demand for private alternatives would be even less as the coverage would be the same as the public program but at a greater cost to farmers.”

He also noted that provincial crown corporations deliver most of the BRM programs to producers. “However, these entities tend to behave more like a private insurer and less like a public delivery agent. The current AgriInsurance rate-setting methodology is biased in favour of provincial crown corporations collecting excessive premiums, much like a private insurer.

“The crown corporations have $7.5 billion in reserves and, unless there is a change to the rating methodology, I expect these reserves to grow. This level of reserve could cover the maximum ever loss multiple times over. Note, $3 billion of these funds belong to the farmers.

“Last year, private reinsurance premiums paid by these provincial Crown corporations were in excess of $100 million, of which 40 per cent was farmer paid and 36 per cent was federally paid. Interestingly, there exists a relatively costless federal reinsurance option available that has been, for the most part, ignored.”

Canadian agriculture has been a strong performer in recent years, he said. “It would be hard to argue that Canadian BRM programs have hindered the competitive position of Canadian farmers. Moreover, it is noteworthy that the average farm household has significantly greater income than the average non-farm household and four times greater assets.”