Canada’s Debt: $1 trillion is no cause for panic 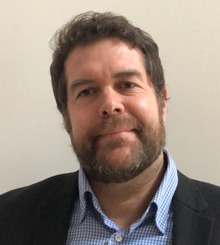 The fiscal response to the pandemic is massive but we should remain calm. The federal debt burden is manageable and we have more important things to worry about.

The federal government released its Economic and Fiscal Snapshot on July 8. It outlines the price tag up to now and describes how costs will evolve over the fiscal year. Headlines of the day include a $343 billion deficit for 2020-21 and a corresponding change in our national debt to $1.2 trillion. Expect pundits to repeat this figure over and over again to drum up fear.

These numbers are big but meaningless without context. First and foremost, we are dealing with a health crisis. Success means saving lives, preventing healthcare systems from being overwhelmed and preventing the economic damage that would occur if the virus were to spread out of control. Cost is, and should be, secondary.

The fiscal shock is serious but less threatening when put in historical perspective and scaled against the size of the Canadian economy. Canada’s net debt may have crossed the trillion dollar mark but, apart from being a big round number, the threshold itself is not particularly frightening. In 2018-19, well before the crisis, Canada’s debt was sitting at 30.9% of GDP. The G20 average for that same year was 82.0%. The fiscal update predicts debt may rise to 49.1% in 2020-21. The end result of this historically bad year is that Canada, after the crisis, will hold a fraction of the debt an average G20 country was carrying before the crisis.

The cumulative impact of the war effort in the 1940s resulted in debt levels as high as 130% of GDP. In the 1980s debt was almost 70% of GDP.  At the time, the ten-year bond rates were nearly 12%. The high cost of borrowing made reducing debt challenging. Interest rates today are less than 1%, making any amount of debt accumulated more sustainable. In fact, today’s snapshot predicts debt servicing costs this year will be lower than last year. The government has the ability to spend multiple times what it already has before it reaches debt levels that were experienced – and dealt with – in other periods.

Broadly speaking, policy makers face two challenges. The first is containing the spread of the virus. Central to this task is freezing economic activity which, thankfully, has effectively contained the virus so far. The second is safely unfreezing and reanimating the economy so it can thrive once again. The prospect of failing to meet these goals is scary, the impact of increased debt is inconsequential. The government must be smart but spend whatever’s necessary.

There’s no need to worry about burdening future generations with this debt. This amount, on its own, isn’t a problem. The better question is how the borrowed money is being spent? In this case, the outlay will save lives now and into the future. Spending will prevent structural damage to the economy that, if unchecked, will limit employment and lower living standards for decades. This is money well spent.

The debt levels announced in the spring fiscal snapshot do not require service cuts to offset increased spending. Making cuts when investment is needed would make a bad situation worse. One day in the not-too-distant future, the health threat will be diminished. Making the right decisions now will make sure the economy on the other side is vibrant, equitable and sustainable. We must protect people’s safety today and their livelihood tomorrow. This means setting ambitious targets to stimulate growth while actively trying to build a better future. When the time is right, temporary crisis spending can be wound down, and a healthy  economy will outgrow the debt.

There are lots of reasons to be worried today, the size of the federal debt is not one of them. The $1 trillion figure will be trumpeted for the explicit purpose of disheartening us. Rest assured we can manage debt and deficits gently and responsibly when the health threat is eliminated and the economic fallout is repaired.

Ryan Campbell is an economist with the Professional Institute of the Public Service of Canada
The views, opinions and analyses expressed in the articles on National Newswatch are those of the contributor(s) and do not necessarily reflect the views or opinions of the publishers.
Click here for more political news headlines
Tweets by @natnewswatch