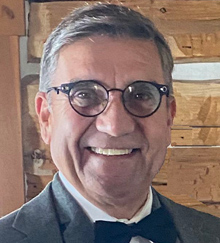 What goes around comes around. We are living through one of those moments in politics where Canadians are being asked to become angry at a situation that is less than obvious to most. Will they look to all the layers of this “scandal” and be more concerned about how to get funds to students or how those funds could get there?

The government believed a way to help students pay tuition this fall and have opportunities to work and learn would be to create a program where students would be offered opportunities to volunteer and in return would be given a financial grant. The program and the grants were to be administered, under a sole sourced contract, by WE Charity a well-known Canadian charity focused on working with schools and children to foster engagement in the community.

It did not take long for the controversy to blow up. The opposition parties and the media began building a case. Demands for ethics probes and to refer the case to police multiplied as more information came out about sole sourcing and close ties between the PM and his family with WE.  The PM admitted not recusing himself, nor did the Finance Minister and both have since apologized. The PM and his spouse have been frequent and highly visible supporters of the charity. The PM’s mother and brother were both paid thousands of dollars per appearance to speak at WE Charity events. Finance Minister Morneau’s daughter works at the Charity. All that was presented as bad “optics” and potential conflicts of interest.

The upshot was that political opponents were asking the public to condemn the PM even though a valuable charity would be sideswiped in the process. Then, it came out that this charity is such that many prominent people, including members of all political tribes, had wanted to associate with it for years. Former Conservative PMs and Ministers, current and former Premiers, Conservative leadership candidates, their spouses and children have participated in their programs, addressed them, funded them, sung their praises, traveled abroad with them and wanted to be seen with them.

What was initially described as a $1B sole source contract eventually was shown to be worth less than $20M to manage $900M of grants to young people. A 2% fee is a low administration charge compared to what the Red Cross, United Way and other charities are paid to administer programs for disasters and the elderly, contracts also granted without bids!

But, but,…the optics! There was so much reported that significant false information became “common knowledge”: the PM’s mother was paid with taxpayer funds; WE was given $1 billion and was going to make a big profit; and the PM was lying about having received a recommendation from the civil service.

When the PM and Minister of Finance apologized for not recusing themselves they both seemed surprised that this became a scandal.  Many Liberals believe this is a self-inflicted wound rooted in the false assumption that good intentions matter.  But the PM also had to have been concerned about the damage this ‘scandal’ could do to the government and to WE Charity.  Where do we go from here?

It looks like the Opposition parties are not quite done with this. The message is the PM’s apology came about only because he was “caught”, although he had made it clear he had not recused himself. The attacks on the PM’s mother have been vicious disregarding any acknowledgement that she has every right to earn a living, as she has for years, by giving speeches, not just to WE but to audiences everywhere.  She is highly regarded as an advocate for mental health.

One has to wonder: do Conservative Party MPs feel comfortable dragging her name through the mud just to get at the PM? Will they keep attacking Bill Morneau’s kids? Will they keep pressing for police investigations and for the PM to testify before a Commons Committee? Will NDP Leader Jagmeet Singh persist in this direction even though it jeopardizes a key demand of the NDP to help those who need it? Will the Bloc continue to ask for the PM to step down until this is “resolved”?

Taking down WE Charity for political hay is representative of where we are with divisive politics, scraping the bottom of the barrel. Polling has yet to show whether this “scandal” will have any legs or whether the public will take into account the fact that politicians of all parties were anxious to be seen as advocates of WE until it became convenient to abandon them, to erase supportive tweets, to try and hide history for the sake of an attack on the PM.

Jacques Leger is a retired corporate executive.  He served on Parliament Hill, as a political advisor to a cabinet minister, in the early 1980s.  Following MPA studies at Harvard’s Kennedy School, he spent much of his career post-politics in the United States where, among other things, he developed and implemented the Corporate Social Responsibility program for a F500 corporation.  He chaired the board of a major charity in Washington DC (American Heart Association).  Follow Jacques on Twitter @jacquesleger17.