The Right Should Not Buy Into Russian Misinformation 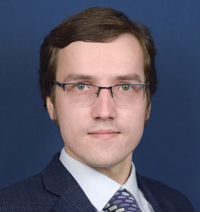 It is a common, but often a mistaken and a dangerous approach to treat the enemy of our enemy as our friend. When President Donald Trump in the US was accused of making deals with Russia and allegedly enabling Russian interference in the 2016 US election, the very topic of Russia, and how the foreign policy of the West should be directed towards its government, soon became a highly partisan matter.

The simplistic popular narrative has become something of the following: if you’re on the political left, then Putin is bad because he is said to be friends with Trump and with the political right, a friend of our enemy; if you’re on the right, then Putin is good because he is said to be against the Democrats and the left, an enemy of our enemy. This logic is wrong and dangerous. It ignores the very essence of what the Russian government’s actual actions and policies are, and makes it about local partisanship.

This sentiment has spilled beyond the US into Canada too: because Canadian news outlets focus a lot on the events in the US, our public is often inclined to share similar attitudes to those found in the US.

I consider myself a conservative or right of centre, yet I am aware of the threat that Russia poses to the West and I urge my fellow conservatives to take this threat seriously, too.

As someone who was born and lived in Russia, I can testify that Putin is not a “strong leader” who has just been “demonized by the left in their bid to attack Trump”.  He is a dangerous dictator and a former KGB operative who is ideologically deeply anti-Western, and whose foreign policy is aimed at destabilizing our democratic systems. He is not “protecting his people” or “defending traditional values”. Putin built an extremely corrupt and repressive system that is harmful to those outside of his government’s circles.

It is true that the left, especially in the US, have been persistently using Putin’s Russia as a poster image in their campaigning against the right since 2016. Ever since Trump was accused of connections with Russia, if you support Trump or are on the right in general, then you can often get labeled by the left as a promoter of Russia’s interests and as Putin’s willing or unwilling agent.

I myself have experienced this a lot. Since I have a Russian last name and write from a conservative perspective, I often receive comments accusing me of being a Russian bot or being on Putin’s payroll. This I find quite ironic given the fact I have been very active in, and spent a lot of time on projects raising awareness about Russia’s human rights violations and its military invasion of Ukraine.

Sometimes when I comment on issues absolutely unrelated to Trump or Russia, such as Ontario teachers’ strikes, Trudeau’s deficits, or Canadian energy, opponents from the left try to shut down the conversation by saying I must be hired by Putin to spread “conservative propaganda”. This sounds absurd, but unfortunately consistent with the fact that some of our media have been busy trying to convince Canadians that conservative politicians, including Ontario Premier Doug Ford and Opposition Leader Andrew Scheer, are just like Trump and are “copying Trump’s playbook”. Since Trump supporters have been already labeled as Russian agents, which is in itself already an unwarranted generalization, then it takes only one step to claim that anyone who supports Ford’s or Scheer’s policies must also be a Russian bot.

Unsurprisingly the approach “I disagree with you on issue X, therefore you’re a Russian bot” often employed by the left, has generated an expected reaction from the right where some people started to think that Putin’s Russia must be merely another bogeyman that the left came up with in order to shout out their opponents. Alarmingly, but also unsurprisingly, in response to this, some people on the right began to listen to and embrace Russia’s propaganda which portrays Putin as an ally of the right in the West.

As someone who closely observes and engages on social media, especially its conservative segment, I find it distressing to see some people sharing content from Russia Today and similar propaganda accounts because they like the content. Often, attempts to warn people about this end up with accusations of being a “liberal troll” and promoting “the mainstream media narrative”.

It is true that our mainstream media has generally become biased and less reliable. It is predominantly left leaning and is hostile to conservatives, with the public increasingly loosing trust in it. As a result, some people on the right became predisposed to think that whatever the mainstream media says, the opposite must be true.  Hence, if the CNN and the CBC are saying that Russia is dangerous, some people see it as an indication of the opposite. More people are then turning to alternatives sources and this where Russian propaganda is becoming successful at promoting its narrative amongst audiences in North America.

What does Russia get out of it? The Russian government is known for entrenched corruption and deep connections with criminal organizations. Putin’s associates depend a lot on their ability to launder illegal money in the West, to invest in expensive property there and to make deals with local businessmen and politicians. Hence, Russia benefits from and lobbies for policies in our countries that make such shady deals easier.

However, because of the Russian invasion of Ukraine and because of earlier cases of human rights violations, Canada, the US and the EU have imposed numerous economic sanctions against Russia that make it difficult for the members of Putin’s circle to do business here.  Naturally, Russia wants our governments to lift these sanctions and relax other restrictions to make it easier for Russian oligarchs and organized crime members to make deals here and store their assets.

In addition, Russia’s government, many of whose members, including Putin himself, came out of the KGB and the Communist Part of the Soviet Union, is ideologically deeply anti-Western. It has weaponized its corruption and crime not only for practical purposes, but also as a tool to destabilize and “defeat” the West. For Putin, who called the fall of the USSR a “genuine tragedy”, the Cold War is still continuing.

The rising divisions between the political left and right and the polarization in the West, Russia sees as an opportunity to help bring to power a government that would implement policies beneficial to Russia. Conservatives should not fall for this. Russian propaganda sources might sometimes be factually correct in exposing problems with the left in the West, but they have a specific agenda that has the interest of Russian corrupt officials at its core and is inherently hostile and harmful to our countries.

Taking Russia’s threat seriously does not make one a “liberal troll” or “buying into the mainstream narrative”, as some people on the right think. Equally, being a conservative does not make one a Russian bot or Putin’s agent as some people on the left think. Foreign threats are not a partisan issue, but something that should be taken seriously by all sides.

Denis Tsarev is a political strategist from Toronto and has been involved in local politics and numerous election campaigns. He has a Masters degree in political philosophy and is a co-founder of a small think tank www.TruthandConsequences.ca
The views, opinions and analyses expressed in the articles on National Newswatch are those of the contributor(s) and do not necessarily reflect the views or opinions of the publishers.
Click here for more political news headlines
Tweets by @natnewswatch