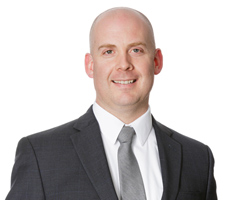 Data from Google Trends — the search giant’s tool for tracking and analyzing Google’s search statistics — shows that Americans have a stunning indifference to public policy and, at the same time, a gross infatuation with triviality. It’s no surprise, then, that our elected officials are frequently incompetent and our governance often poor.

The idea that Americans’ focus is misguided is, of course, nothing new. But Google Trends now provides massive troves of hard data substantiating the thesis.

Take, first, a comparison between Americans’ interest in the multi-trillion dollar federal budget and in reality television. The United States budget reflects our national values and measures our global impact. Given its size and scope, the budget materially alters billions of lives both at home and abroad.

Google Trends shows, however, that Americans care far more about the inconsequential happenings of strangers than they do about how our trillions are deployed. There is, for example, tremendously more interest in the Real Housewives of Beverly Hills than in the Office of Management and Budget, the executive agency that oversees budgetary spending – peaking at over ten times the interest when the housewife drama gets juicy.

And how about the House Ways and Means Committee — which writes the US tax code — compared to Vanderpump Rules? It’s worse — peaking at roughly 100 times more interest in Vanderpump.

Even Senate Majority Leader Mitch McConnell — a key player in the government’s fiscal response to the coronavirus — gets unceremoniously brushed aside when The Bachelorette is in season — typically peaking at roughly 25-50 times more interest in The Bachelorette.

A second example of the staggering disconnect between what Americans are interested in and what matters is a comparison between the Kardashian family (Kim, Kylie, Kanye and the gang) and Africa (the entire continent). Despite making great progress in recent decades, Africa continues to have widespread and profound challenges including preventable hunger, economic distress, and child mortality.

Yet Americans care far more about the Kardashians than all of the countries in Africa.

Google Trends is a data-driven window into the conscience of America. The results speak for themselves.

This misfocus has grave consequences. Apathy and inattention are the engine of corruption and incompetence. America’s multi-trillion-dollar budget deficit has long coexisted with massive addressable problems such as child homelessness, crumbling infrastructure, and under-performing public schools. And despite being the richest country on earth, America has the least generous foreign-aid contribution of any developed nation. Just a fraction of the extreme wealth of the top .1% of Americans could save tens of millions of lives in Africa.

Put simply, when Americans focus on the wrong things, the wrong things happen. When we do not pay attention to how our tax dollars are spent, catastrophic waste and abuse occurs. When we ignore entire continents screaming for help, widespread death results. And when we care more about reality television than the federal government, a reality television star gets elected president.

Indeed, the culpability for America’s failure to adequately address the coronavirus does not rest exclusively with our elected officials. We the people — who put them in office — are to blame too.

William Cooper is an American attorney and syndicated columnist who opines on American politics and has written for The Wall Street Journal, Baltimore Sun, New York Daily News, St. Louis Post-Dispatch, USA Today and dozens of other newspapers around the world.