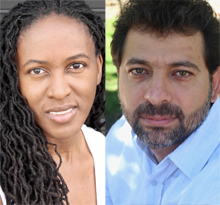 The Scholar strike that took place across Canada on September 9 and 10 received very little coverage across news outlets. Much of the questions that scholars participating in the strike were asked to consider by those covering the news focused on their reasons for supporting the scholar strike. The array of assumptions about the call for academics to strike and their decision to take such action were evident. As racialized academics and scholars, we wish to debunk any negative connotations that may erupt from participating in the strike.

Inspired by protests that began among professional athletes in the NBA, WNBA, NHL and MLB co- organizers, professors Anthea Butler and Kevin Gannon invited the academic community to engage in a national scholar strike to protest police violence and racial injustices in the U.S. Within days of their announcement, co-organizers Beverly Bain, lecturer at the University of Toronto and Min Sook Lee, associate professor at OCAD University followed suit and organized a similar movement in Canada.

The two days national scholar strike is a movement that brought together thousands of educators, students and other individuals across Canada. It provided opportunities to pause day-to-day tasks and intentionally create space to discuss police brutality and killings of Black, Indigenous and racialized bodies who also continue to be disenfranchised in various facets of society. This public forum had presentations from activists and scholars such as Desmond Cole, Andria A. Davis, Susan M. Hill, Bonita Lawrence and Rinaldo Walcott. Individuals covered an array of topics. Many discussions centred around anti-Black racism, police brutality, defunding/ abolishing the police and the over-taxation of racialized academics. Presenters also stimulated conversations around ways to interrogate and disrupt dominant structures that continue to marginalize these vulnerable populations.

The Scholar strike is not just a moment, neither is resistance in academia a new phenomenon. Racialized scholars and activists have been actively engaged in forefronting discussions around racism and white supremacy for some time. In the 70s, 80s and 90s, there was an undisputed assumption that the younger generation were the engine of social and political change and transformation. These assumptions became realities resulting from liberation seeking individuals and the civil rights movement. The collapse of the apartheid regime, the end of the segregation system and all independence from colonial ruling that changed the face of the world proved that the youth were indeed the engine of social and political change and transformation.

Fast forward to our contemporary time, neo-Nazis and white supremacists pose real threats to the social justice and human rights achievements that were made in the last century. Racist discourses and practices are normalized and hate is publicly incited and embraced by presidents and prime ministers. Combined with the spread of neoliberalism and contemporary state of neocolonialism that continue to discipline various groups and alter rights to welfare and education. Based mostly on an economic exchange process, this regime transforms citizens to consumers.

The university represents a microcosm of the broader society. As such, racism and all forms of oppression are deeply embedded within institutional walls and unfolds in various policies, procedures and practices. Consequently, academics and students become implicated in the production and reproduction of these oppressive systems; these structures normalize racist, sexist, homophobic, ableist and colonial discourses intended to eradicate the plight for liberation.  Yet, history tells us that the university can be a great place to advance social justice.

Within the academic community, the strike represented an opportunity to reclaim our rights to justice and freedom while unifying and standing against all forms of conformity that have been promoted by the neoliberal academia and conservative state institutions. Supporting the strike is a bold statement by academics and scholars who are using their platform to advocate for change.

Social, political and economic change cannot be achieved without the participation of all. Remaining silent risks endorsing fascism, white supremacy and neo-Nazism. The strike is just the beginning and the hope is that scholars, academics, students and society at large recognize the dangerous time we are living in and take a firm stand against all acts of hate and exclusion. It also serves as a reminder and perhaps an urgent call to not be complicit but help pave the way for a better tomorrow for all.

Patrina Duhaney is an Assistant Professor in the Faculty of Social Work, University of Calgary. As a researcher activist, she grapples with issues related to race, racism, social construction and criminalization.