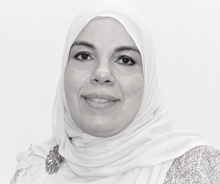 As the Conservative Party welcomes Erin O’Toole as the new leader of its party, Canadians who are proactively thinking about the needs of the country will naturally begin to voice themselves.  Anyone gearing up to run as Prime Minister must be aware of the diverse needs of Canadian citizens.  And Grassroot Canadian Muslim organizations such as the Muslim Association of Canada (MAC), who are the voice of large communities should be taken seriously.

In an article recently published in the National Post, Ms. Raheel Raza claims “Canadian-first Muslims like me are the Muslim voters O’Toole should focus on.” Raza’s claim of importance on the individual over the collective, and the focus of Canadian-first Muslims who are grateful for the freedom Canada has afforded them, seems to voice a loss of self.  While Canadian citizens  should be proud Canadians, nobody should have to place an equally important aspect of their identity as secondary.  Nor should their appreciation of what Canada affords them push them to abandon the collective need to support diverse communities.

To further Ms. Raza’s history lesson of the Conservatives, let us reflect back on the first Conservative leader of Canada and the attitudes of assimilation.  Her declaration of Canadian-first Muslims is a type of attitude that is reminiscent of Prime Minister John A. MacDonald’s prompt actions in 1883 to widely establish residential schools across the country and expedite the process of assimilation.  If the likes of Raza still prioritize assimilation and fail to validate the importance of diverse identities, we certainly have a lot to be worried about.

Interestingly, Ms. Raza prides the Conservative party’s role in welcoming larger numbers of immigrants and simultaneously sets a contradictory expectation for immigrants to abandon their identity and become Canadian-first.  Let’s clarify that those larger numbers were made possible through tweaks in the immigration application point system such as allocating higher points for individuals with higher levels of education.  This still feeds into the Canadian-first ideals that Ms. Raza identifies and cherry-picking to support the Conservative agenda.  Let’s also not forget that Harper’s own office was found to have personally intervened in the processing of Syrian refugees to Canada and only admitted 10% of the 10,000 the government had promised it would accept.

It’s confounding how Harper’s ‘barbaric cultural practices’ tip-line, which was never short of an absurd idea, is still supported by Ms. Raza who claims that its only shortfall was the timing of when it was announced.  The obvious question of why such a line was needed in the face of 911; the crisis and distress lines clearly point to a deeper agenda set to distinctly label and shame a particularly targeted group. Ms. Raza claims the Conservative party allegedly have sins – yet they still factually and undeniably exist as sins that occurred in the party’s history.  In 2011, Harper declared that the biggest threat to Canada was “Islamicism,” invoking the vocabulary of those who say they are not against Islam — no, not at all — but rather against “Islamism,” “political Islam,” “radical Islam,” “militant Islam” or “extremist Islam.”  Such terms lack precision and are an open invitation to interpret negativity against Islam and Muslims as a whole.  Additionally, Harper has condemned the niqab on numerous occasions saying it is rooted in a culture that is “anti-women.”  This ignorant rhetoric can only lead to hate and alienation of a particular group of Muslims.

Ms. Raza continues to push for divisive politics that overlooks and undermines a significant group of Canadians, while she claims herself to be worthy of political leadership attention.  Ms. Raza’s own positions as the Chairman of the Rebel News Advisory Board – a Canadian far-right political and social commentary media platform and her own financial support of Andrew Scheer’s Occupation Apologist’s House event – driven by an agenda to justify the killing and injuring of unarmed Palestinians – certainly raise eyebrows as to which balanced, Canadian-Muslim majority she represents.

Based on the 2011 census, there are over 1 million Canadians that identify as Muslim (3.2% of the Canadian population) and it is evident that this demographic is growing.  MAC serves over 100,000 Canadian Muslims annually from coast to coast through mosques, schools, youth centres and community programming. While any single individual can lay claim to represent the perspectives of Canadian Muslims, we need to pay attention to the organizations who are bearing the load of the community.  Those that have been on the ground connecting, supporting, collaborating, and benefiting Canadians across the country.  Those who are mobilized by the support and trust of large communities across the country.  Those who’s everyday cultural, religious, and social needs are being understood and supported.

Every Canadian votes based on their values and beliefs, regardless of religion.  For those who have strong religious values, these will inform their voting decisions.  Part of the freedoms afforded to Canadians is to vote along the lines of their values – be that religious or not.  Ms. Raza claims that silent Muslims who are not mosque-goers represent the majority, and it seems precarious what this fact is founded on.  Rather, politicians should be aware that large Muslim organizations represent a variety of voters and represent a balanced middle-ground of beliefs and values.  Furthermore, large Muslim organizations have the ability to educate citizens.  From large Eid festivals to weekly jum’ah (Friday prayer) congregations that welcome tens of thousands of attendees are often seen by politicians as important platforms to engage with voters.  Politicians would be remiss to ignore the impact of community and collective voice.

Rania Lawendy is an executive of the Muslim Association of Canada (MAC) and in the past has served on its Board of Directors. She also serves as the Muslim Chaplain at the University of Waterloo.