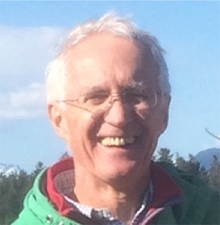 The federal Department of Health was established in 1919 in the wake of World War I and the H1N1 pandemic (Spanish Influenza) and has responded to a wide range of public health crises- from tuberculosis, syphilis, polio, SARS and AIDS, to “non-infectious epidemics” such as obesity and the opioid crisis.  However, the past 9 months with COVID-19 have been the most challenging during the last century for Canada’s public health system.

Following the SARS epidemic, the “Naylor Report” commissioned by the federal minister of health concluded that public health needed to strengthen its infrastructure to enable it to respond to the full range of health threats. The report also drew attention to the longstanding underfunding of public health in relation to the total health care budget.  COVID-19 has brought into focus the limitations of our current system and the clear need for readily available surge capacity for epidemic-related diagnostic testing, contact tracing, isolation/quarantine, and  border services.

The World Bank June 2020 Global Economic Prospects forecasts a 5.2% contraction in global GDP in 2020 related to COVID-19. This puts into perspective the anticipated large return on investment associated with optimizing public health capability, both domestically and globally in order to control the spread of serious infections with pandemic potential. For example, the current economic projections for GDP are much more favourable in some jurisdictions which have been more successful in controlling the pandemic, such as South Korea and Taiwan.

Now in the second wave, our public health departments are again struggling to contain COVID-19. There has been some progress with the national App (COVID Alert) for assisting with contact tracing. However, despite its introduction in July, its uptake so far has been much lower than needed. Significant numbers of misplaced test results and a reliance on faxing reports to public health offices in some areas of Ontario have highlighted the need for public health modernization.

Little has been communicated from public health departments with respect to benchmarks or performance metrics related to testing, contact tracing, quarantine support and adherence, and travel restrictions. The Singapore Ministry of Health has published on the effectiveness of its COVID-19 containment measures, including the mean interval from symptom onset to isolation. As different regions try to open up their economies, the availability of such metrics (including testing wait times and turn-around times) would help in the assessment of regional capability for containing COVID-19.

In addition, due to inadequate federal support for enhanced border services, in May the British Columbia government took over the responsibility for ensuring adequate staffing of its US border in order to implement the required restrictions and travel-related quarantine.

In total, more than $170 billion in federal funds have now been committed in response to COVID-19. However, it appears that very little of this support has specifically been directed to testing, contact tracing, isolation/quarantine and border services. These are the main interventions which we rely on to contain COVID-19 transmission, and thereby minimize the need for imposing varying degrees of lockdown with its associated negative consequences. Both Ottawa’s COVID-19 aid package of March 25th (Bill C-13) and the federal Safe Restart Agreement of September 16th were announced with an unspecified allotment for testing and contact tracing. However, the September 24th announcement that Ontario would allocate $1 billion just for the expansion of testing and contact tracing in that province confirms that the federal contribution has been both late and inadequate.

On May 22nd, the federal government and Statistics Canada announced that they had trained additional contact tracers with the ability to make 23,700 calls per day.  This assistance represents an important step, but would likely have had a greater impact if it had been made available 2 months earlier, when there had initially been rapid increases in case numbers. Training for contact tracers can be accomplished within a few days, and has been made available online free of charge by multiple providers.

A constrained public health budget opens the door for policy to be shaped according to what is affordable rather than what is needed to keep Canadians safe. It’s not surprising that a public health department may be inclined to cut corners if it is financially unable to keep pace with rapidly rising new case numbers. Public health and related legislation are mainly the purview of the provinces and territories. However, the emergency funding for a public health response to a pandemic need to be federally sourced and co-ordinated and not dependent upon regional budgetary limitations or political variables.

Although Canada has had a lower number of COVID-19 deaths at 255 per million population (Worldometer, as of October 13th) compared to countries such as the US (666) and Sweden (583), the more instructive comparisons are with democratic jurisdictions which have achieved much greater control, such as Australia (35), Hong Kong (14), South Korea (8), New Zealand (5), and Taiwan (0.3). If all of our major urban centres were on fire, would Canadians not expect the federal government to direct its financial support first to the fire departments, then secondly to those most affected by the crisis?

Peter Phillips graduated in medicine from the University of Toronto in 1974.  He completed Infectious Diseases training at the University of Chicago, followed by a mycology research fellowship at the University of Texas, at San Antonio. He was the Head of the UBC Division of Infectious Diseases from 2010-2019. He continues to be the Medical Director for the Urban Health Acute Care Unit (formerly known as the 10C HIV/AIDS Unit until 2014) since it was established at St. Paul’s Hospital in 1997. His clinical research interests include invasive fungal diseases, AIDS-related opportunistic infections and immune reconstitution inflammatory syndromes.