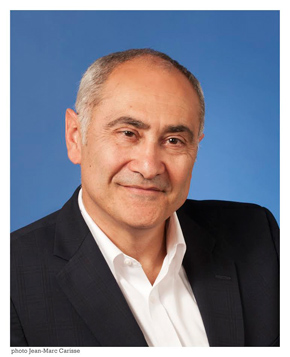 With Canada’s commercial aviation industry bleeding red ink and with parts of the sector on the verge of collapse, Transport Minister Marc Garneau this weekend announced that discussions with industry representatives on an assistance package would soon begin.

The announcement was welcomed by airlines, airports, and their employees who had for months been calling on Ottawa to step up to help their industry, which the minister has acknowledged had been “hit…harder than any other” by the pandemic.

But with the announcement coming in the wake of Prime Minister Trudeau’s warning to provincial premiers and mayors to impose more restrictions to slow the current rise in COVID-19 cases, and “do the right thing”, the celebrations risk being short-lived.

In issuing his call for vigilance and caution to premiers and mayors, it is likely the Prime Minister was also urging individual Canadians and the country’s business community to show patience and not put undue pressure on governments to open things up.

The recent spike in COVID-19 cases in Canada may not be as steep as that experienced in Europe and in the United States, but with universally available vaccines months away, we know that the virus and government mitigation measures will be with us well into 2021.

So what does this tell us about the assistance package promised by the transport minister?

First it tells us that whatever assistance measures are eventually announced by the federal government, they will be framed by the public health imperative to minimize coronavirus transmission.

Recent polls that show a growing number of Canadians who expect things to get worse before they get better will only serve to bolster the government’s resolve.

Meanwhile, the airline industry has been pushing rapid COVID-testing as a way to reduce quarantine time for international passengers along with air traveller anxiety about the risk of contracting the virus and promoting it on social media using the hash tag #TimeToTravel.

This is not to say that no additional public health measures to facilitate and encourage air travel will be introduced, only that these will likely be limited in scope.

It is possible that a pilot program underway at Calgary airport aiming to evaluate COVID testing for international travellers as a safe alternative to the current 14-day quarantine requirement could, if successful, be expanded to other airports.

But it also means that, while of value in reducing passenger health concerns, industry efforts to expand the use of rapid airport testing for domestic flights will likely not be successful in quickly reducing government restrictions currently in place on domestic travel.

Second, it tells us that short-term transition measures alone will not be sufficient to put the aviation industry on a path to sustainable recovery.

The latest Stats Canada aviation industry report shows an uptick in travel in the month of August – typically the best month for the industry — but also shows total traffic falling by 87 percent over the same period last year.

Most industry experts agree that it will take years to bring passenger levels back to what they were pre-pandemic.

Liquidity assistance in the form of low-interest loans, floated recently as a likely component of a federal assistance package, is a good transitional step but it will have to be supplemented by additional short-term measures and more importantly, changes to Canada’s user pay policies.

The impact of user pay policies on the competitiveness of Canada’s airline industry has been well documented over the years, including in the 2016 Canada Transportation Act Review – better known as the Emerson report.

The pandemic and the federal government’s reluctance to match the assistance provided to their aviation sector by other countries have exacerbated the competitive imbalance and risk crystallizing market dislocation for years.

Canada’s aviation user pay policy generates a healthy windfall for the federal government, but it also penalizes travellers, particularly those from smaller or remote centres, by increasing the cost of air travel and making service to their communities more vulnerable.

Minister Garneau said he wants his assistance package to ensure “Canadians and regional communities retain air connections to the rest of Canada”.

But the only way to achieve this — short of turning the assistance program into a commercial straight jacket or re-regulating the industry — will be by providing additional price latitude to air carriers. In other words, by opting for market driven solutions.

The government can do this by abandoning or curtailing certain revenue streams, such as airport rents for a few years, and by subsidizing the costs of air traffic control and airport security screening – now paid in their entirety by air carriers and travellers — like many other countries do.

This would immediately reduce air carrier operating costs and lower their per-flight break-even point. It would also eliminate from the price of a ticket those costs the government now charges travellers for their security screening.

Taken together with short-term liquidity assistance, such an approach would give air carriers additional room to adjust their pricing structures and begin growing demand, while also reducing their cost disadvantage vis-à-vis foreign competitors.

Noted American economist Paul Romer once remarked that a crisis was a terrible thing to waste.

Navigating this crisis will require vision and daring by both industry leaders and governments, and carries no guarantee of success. But it also provides an historic opportunity for industry and governments to work together to fix longstanding issues and imagine a pathway toward more competitive, efficient and safe air travel for all Canadians.

It is an opportunity that must not be wasted.

Massimo Bergamini is an Ottawa-based policy and public affairs entrepreneur. He was chief executive officer of the National Airlines Council of Canada (NACC) from 2016 to 2019.