Altered Creation: The genetic engineering of sacred animals and the gaping hole in Canadian law 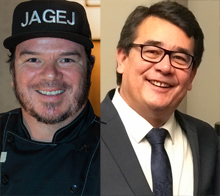 A recent U.S. court ruling  raises a red flag against genetic engineering of salmon, a sacred animal we have a responsibility to protect.

The court ruling echoes our own warnings to the Canadian government:  it is not enough to keep saying the fish won’t escape and establish themselves in the wild.

Even if such a prospect is unlikely, the court ruled, the U.S. Food and Drug Administration is still required to assess the consequences for normal salmon. The judge’s warning should ring loudly in Canada too where the Department of Fisheries and Oceans provides too narrow an assessment of the threat of engineered salmon and the Canadian Environmental Protection Act, which regulates genetically engineered animals, is too weak.

Canada’s colonial legacy features the deliberate disruption of food systems. In Mi’kma’ki, 21 years after the Supreme Court of Canada affirmed our treaty rights, we still have a colonial-Indigenous model that limits our fishing rights and fails to ensure our safety from racially motivated violence on and off the water.

The recent events in the lobster fishery of Nova Scotia is one of many examples in a legacy that includes the mid 1800s slaughter of bison, Prime minister John A. MacDonald’s famously stated policy to keep Indigenous People on the verge of starvation and  nutrition experiments in residential schools in the 1940s-50s that purposely left Indigenous children malnourished.

The new threat posed by genetic engineering of animals, our sacred relatives, poses a threat to all of humanity.

Over thousands of years, the Mi’kmaq and neighbouring allies developed a relationship with the salmon. Our ceremony, the placement of our camps and communities, words and expressions in our language, the sharing of resources and protocols can be traced to our relationships with the animals that we view as sacred and equal.

First Nations on the West Coast equally revered salmon. The arrival of settlers disrupted the relationship. Today some stocks have been so mismanaged that a mere two sockeye salmon was the summer allocation for one Indigenous household that is entitled to fish for food, social and ceremonial purposes.

We never claimed to own salmon, but we do have a sacred responsibility to it, and to all of creation.

That is why it is horrifying to see the Canadian government allow a biotech company to genetically engineer salmon for profit. The company is allowed to own, commercialize and sell altered salmon that contains genetic material from two other species.

Other jurisdictions approach genetic engineering with caution. There is outright opposition in Europe.

Canada is the first state government to allow the genome of animals of our sacred creation to be altered.

During the approval process for GE salmon there has been no meaningful consultation with Indigenous Peoples, or the rest of Canadian society.

The GE salmon is to be sold from a large facility in Prince Edward Island, with a goal of building more across North America.

In B.C., the Department of Fisheries and Oceans (DFO) has mismanaged wild salmon to the point of potential extinction, in part by supporting open net cage salmon farms.

One of DFO’s own scientists publicly stated that the Department was too beholden to the fish farm industry.

Must we now face private companies manipulating and owning the genome of Atlantic salmon or B.C.’s wild salmon?

The federal assessment process used to identify the risk of altered salmon breeding with sacred salmon is deeply flawed. We fear it is only a matter of time before GE salmon escape and breed with and possibly destroy our sacred wild salmon.

History tells us that the modification of food systems has more to do with commodification and the enrichment of a few over the wellbeing of the many.

First Nations fishers have been forced to look out for patrol boats and armed fishery guardians. Today settler nations have armed themselves with western science and outdated legislation. The Canadian Environmental Protection Act (CEPA) has not been updated in 20 years.

The federal government announced in the throne speech in September that CEPA would be modernized but has also said they plan only minor revisions to Part 6 which regulates genetically engineered animals.

This is not modernization. It’s tinkering while a new wave of colonial technology, like CRISPR or gene drives, is set to be unleashed.

A modernized law must embed and respect Indigenous Peoples’ rights. It must provide failsafe protection for nature.

The strength of that protection will be a test of whether the federal government and Canadians want a new and different relationship with Indigenous Peoples and nature.

Charlie Greg Sark is a member of the Lennox Island Mi’Kmaq First Nation, assistant professor in the School of Climate Change and Adaptation at the University of Prince Edward Island and Nature Canada board member. Bob Chamberlin served as elected chief of the Kwikwasutinuxw Haxwa’mis First Nation in British Columbia for 14 years.