Too Much freedom Is a Dangerous Thing: Will Jason Kenney Defeat Himself? 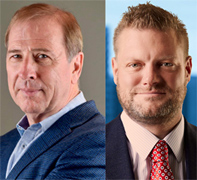 Joe Biden didn’t win the US election; Donald Trump defeated himself – and he did it by denying the truth about the pandemic. Jason Kenney’s decision to become “the voice of liberty” as the virus rampages through Alberta seems to us strangely similar. Indeed, the premier’s rants are starting to sound like the caricatured Alberta conservative, “Joe Albertan.”

Albertans seem to share our concerns. The latest Environics poll has Rachel Notley’s NDP leading Kenney’s Conservatives 47 to 40 per cent. A Leger survey last week found a mere 37 per cent of Albertans were satisfied with the premier’s measures to fight the pandemic. To get clearer on what Kenney is thinking and why he is talking this way, let’s roll back the tape on his response to the pandemic.

On March 17, the premier declared a public health emergency and over the next two months proposed a range of measures, including social distancing, restrictions on gatherings, and even the closing of a meat packing plant.

The first wave peaked on April 30. By June 12, the entire province had moved to Stage 2 of the government’s economic relaunch plan and days later the state of emergency ended.

In fact, Kenney’s liberty routine played well back then. The Pandemic was in early days, spring was coming, and everyone still thought the battle would be short-lived. Here’s the premier on April 27, exulting in the Legislature:

The limited spread here, with lighter restrictions, is evidence, fundamentally, of one important thing: that Albertans did this voluntarily, through their personal responsibility. They did not need…to be micromanaged by government. They did this by listening to the advice of our chief medical officer, by employing good old-fashioned Alberta common sense, by caring for the vulnerable…We’re not going to turn Alberta into a police state, and ultimately, we have to rely on people exercising personal responsibility.

It’s like Kenney had no idea what was around the corner. 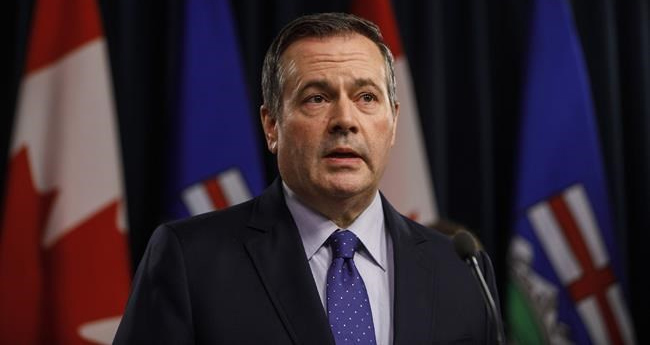 Fast forward to the fall. A steep rise in COVID cases was under way by mid-October, and by early November, the numbers were surging. Even conservative premiers knuckled under and began imposing hard measures on their provinces – except for Kenney, who talked about defeating the virus, but failed to act.

On November 6, new measures were finally announced, but the premier stoutly resisted any use of mandatory measures. The emphasis was firmly on “personal responsibility.” Why?

A lockdown, Kenney said, “constitutes a massive invasion of the exercise of people’s fundamental rights and a massive impact on not only their personal liberties but their ability to put food on the table to sustain themselves financially.”

The premier was heading down a different path. Instead, he called on Albertans to continue “to lead the way as the freest province in the country…”

If this was supposed to rally Albertans, it failed. The next day the case count jumped to 919 – and that seems to have been a tipping point.

On November 12, 70 physicians from across the province sent a letter to the premier calling for “strong and decisive mandatory measures,” perhaps along the lines of a “circuit breaker” lockdown.

Kenney replied by doubling down on liberty “We’ve seen other jurisdictions implement sweeping lockdowns, indiscriminately violating people’s rights and destroying livelihoods. Nobody wants that to happen here in Alberta,” he declared.

But over the next two days, it was the virus that showed who was really in control. Each day, the province surged past 1,500 cases – overtaking even Ontario, which has more than three times the population of Alberta and was itself surging out of control.

On November 23, 341 physicians sent yet another letter to the premier, pleading for a lockdown and warning that the rise in cases would soon overload the health-care system.

Indeed, as the virus devoured medical resources and infected thousands of Albertans, Kenney not only persisted with the Cold War rhetoric but, ironically, ranted about how he was resisting “political pressure” and “ideological approaches” from those who were trying to undermine liberty and damage people’s lives and livelihoods.”

It was, frankly, bizarre.

Whistle Blowing – A Premier Out of Touch?

So, what is going on with Kenney? Why the inflated rhetoric and the intransigence?

The premier insists that he is trying to find “a balance between protecting the health-care system and protecting the economy.” This is a completely reasonable goal and there isn’t a political leader in the country who would disagree with it. Certainly, we don’t.

But if Kenney really were searching for a balance, he would seek advice from his Chief Medical Officer, then make choices on behalf of those who elected him. Unfortunately, as we learned this week, that’s NOT what is happening.

In fact, Kenney has taken an uncompromising stand on the side of the economy. A leaked set of recordings from confidential meetings among his medical advisors shows how the premier and his cabinet have been firmly resisting efforts to convince them to impose mandatory measures, especially where this would impact the economy. Why?

Professors Duane Bratt and Lisa Young suggest an answer. They argue that this is really about the premier trying to avoid a split in his party. In this view, his inflexibility on the economy and the rhetoric around liberty aim at placating a relatively small group on the far right who are in danger of bolting.

It’s an interesting suggestion that goes a long way to explaining Kenney’s bizarre behaviour. In this view, Kenney is not really engaged in a philosophical debate about the relationship between personal freedom and individual responsibility and we should feel no obligation to take the arguments seriously.

Indeed, far from a high-minded stand on principle, this is a low-level political maneuver to keep control of his party. And it is Albertans who are paying the price.

But if the polls are right, voters may be onto the game. Kenney may succeed in holding onto his right flank, but lose the political mainstream, who see him as increasingly out of touch. If he fails to reconnect with the reality of the pandemic, he may face the same fate as Donald Trump.

What’s the old expression? Too clever by half…