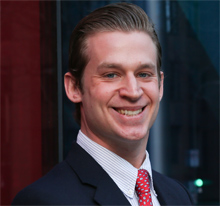 I nearly fell out of my chair when I heard in the Throne Speech last Fall that the long-awaited Official Languages Act (OLA) overhaul would now scrap linguistic equality and French would now be prioritized over English.  Spurred by spurious reports of declining French usage in stores in downtown Montreal, the federal government has proposed that a new French-predominant OLA, or Bill 101 as advocated by the Bloc, NDP, Conservative, and the Quebec government, will now apply to all federally regulated workers in Quebec to alleviate the situation.

All these proposals are based on false premises: that renouncing linguistic equality is necessary, that French is threatened in Quebec, and that federally regulated labour markets discriminate against francophones.  However, it is not the use of French in federally regulated labour markets that is the issue. The proposals further highlight the real language and labour issue in Quebec: the poverty and exclusion of English-speakers and non-francophones from the labour market.

This progressive federal government should confront the systemic unemployment, underemployment, low income, and lower socio-economic status that afflict English-speaking Quebecers and non-francophones relative to French-speaking Quebecers and French-speakers in the Rest of Canada (ROC): an affliction that persists despite high, if not the highest, levels of bilingualism, education, and labour market participation of any discernible ethno-linguistic group in Canada.  There are five key points that merit consideration by policy-makers.

Firstly, the reversal of official-languages policy. The Throne Speech announced that the hard-won equality of English and French in Canada would be thrown overboard.  The government justified this position with the intellectually, politically and legally irrelevant anchor of 8 million Francophones living within 360 million English-speakers in North America. This is the minoritization complex. French-speakers are a powerful majority with socio-economic privilege, educational, media and political control of Quebec. They are a powerful minority within Canada, a status deliberately reduced by continental drift.

Francophone minorities outside Quebec grapple with a host of socio-economic issues and access to social services but are buoyed by legislation to meet their needs and support the populations with progressive public policy measures.  We should improve upon them, in a profound way with money, programs and supports.  This support does not mean extinguishing the equality of English and French. Nor does it mean extinguishing the Canadian dream that all of us can live prosperous, happy, meaningful lives and enjoy equal social services, civil and legal rights in the English and French language from Halifax to Victoria to Iqaluit.  This dream, so fundamental to our national identity, must be recaptured with bold visions.

Secondly, the notion that French is threatened in Quebec.  The intellectual, legal and rhetorical underpinnings of restrictive language laws are held together by one unassailable myth: that French is threatened in Quebec.  Statistics from Statistics Canada, the Conseil supérieur de la langue française and the Office québécois de la langue française (OQLF) all show increases in the numbers of French and French-speakers.  Never, in human history, have more people (95%) spoken French in what is now Quebec.  While there are minor declines in the percentage of mother-tongue Francophones in Quebec, these are associated with an expanding Allophone population through immigration.  Over 75% of these individuals are acculturated into French-language, culture, and educational institutions.[1] Francophones now earn more than English-speakers, and occupy technical, business and professional positions across the province.  They make up 97.3% of the civil service.[2]

Of the employees working in federal jurisdictions of air, rail, road, and marine transportation, pipelines, telecommunications, radio, banking, nuclear industries and Crown corporations such as Via Rail and Canada Post,[4] 36,400 are subject to the OLA.  These workers have their rights to work in English and French respected.

Of the remaining 134,600 employees, 63,411 (55%) are not subject to the OLA, because they work for companies that have chosen to obtain a francization certificate.  Some big names have acquiesced to Bill 101: Bell Canada, Rogers, National Bank, RBC, CIBC, TD, and Scotiabank.  Recent census reports reveal that 95.8% of all Francophone Quebecers use French at work “most often,” 0.8% never use French and 70% never use English at work. 71% of employees in federally regulated businesses in the Montreal area work mainly in French, with 20% working in English.

For the completely unregulated businesses, information is imperfect, but studies show that, “French seems to be the language of work and of internal communications in federal jurisdiction private-sector companies in Quebec…”[5]  So, definitively the language of work in Quebec is French.  Changes to the current ‘triple entente’ will actually work to diminish the language of work exclusively in French and the right to work in either language.  A critical question for the federal government is: are we going to fire, or not hire, people for not speaking French?

Fourthly, legally, a French predominant Official Languages Act would be unconstitutional.  The new French-preferential OLA, or Bill 101, applied to federal labour markets would be rendered unconstitutional under the federal equality of English and French provisions in s. 16 of the Canadian Charter.  Not to mention the amendments to legislation, regulations, collective agreements and labour contracts that would create a multitude of legal and constitutional challenges.  The proposed legislation runs contrary to written and unwritten constitutional principles of bilingualism and respect for minorities in the Canadian constitution.  Recent case law outlining a broad, purposive interpretive framework for language rights and their positive implementation on an institutional level by governments in Canada.

The proposed changes to the OLA will only compound these issues and penalize a population that requires assistance and understanding.  Something is seriously wrong.  A highly educated, bilingual population that is significantly poorer, more unemployed despite higher workforce participation rates and a majority of them have left for greener pastures, robbing everyone of their talents. Systemic discrimination exists against English-speakers in Quebec labour markets.  We need an OLA based on equality of languages, that is applied to all federal labour markets, and a nationwide provincial legislative framework for language rights.  The federal and Quebec governments need to commit to progressive employment programs for English-speaking Quebecers to ameliorate a socio-economic situation that exists for no other linguistic group in the country.  It is costing us precious human capital and, more importantly, human dignity.

A stone’s throw from my old neighbourhood in Quebec City, I would often reflect on the beauty and meaning of Quebec’s Parliament buildings. They are magnificent, not only for their architecture, but for what they symbolize of our origins and heritage.  Statues of Aboriginal, French and British explorers, founders and heroes of modern Quebec adorn the facade, with room for others to come.  Architect Eugène-Étienne Taché engraved the words “Je Me Souviens” in granite above them.  This motto was never meant to be an exclusionary term, but one that recognized the diverse heritage and history of all Quebecers. The original intent was for a Quebec that respectfully celebrated all linguistic groups.

I hope that the forethought our forefathers enshrined in this building for the destiny of Quebec can be recaptured. Let us revive the dreams of our ancestors and push forward with a truly bilingual Canada. Let us build upon their vision and finish it for future generations.

[2] Jedwab, J. (2008). How Shall we Define Thee? Determining who is an English-Speaking Quebecer and Assessing

its Demographic Vitality. In R.Y. Bourhis (Ed.) The Vitality of the English-Speaking Communities of Quebec: From