Slow vaccine rollout: makers will be condemned, but Ottawa at fault 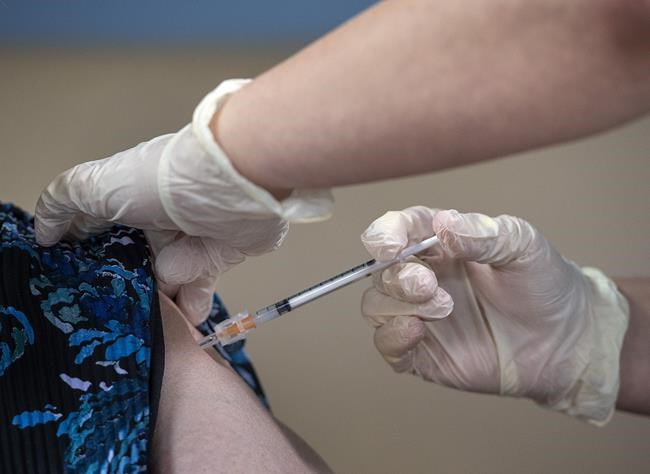 The past year has been one of fear and hope. COVID-19 has killed 2.2 million people around the world, but never have scientists created effective vaccines so quickly. Rapid vaccinating is required to reduce transmission and limit the risk of additional mutations.

Prime Minister Trudeau and colleagues repeatedly tell Canadians that all who want COVID-19 vaccination will be able to receive it by the end of September 2021. However, the Economist Intelligence Unit estimates that mid-2022 is a more realistic target.

In the last seven weeks, around a million Canadians have received their first vaccine (about the same number as have been administered in New York City). That’s about 20,000 vaccinations being administered in Canada per day. Assuming about 80% of the rest of the population (30 million) want to be vaccinated, it will take around more than three years to complete the job at the present rate.

A six-fold increase to 120,000 administrations per day is required to meet the September target. The proposed timeline is, of course, contingent on timely access to vaccines suitable for a continuously mutating virus.

Canada is competing for access to vaccines with countries with much bigger markets that have collaborated with and invested in developers. Not surprisingly, these countries want to see a return on their investment in the health of their citizens. As it has done for decades, Canada wants equivalent access and benefits from research investment in the United States and Europe – in economic terms, this is called freeloading.

Instead of collaborating and investing in recognized vaccine developers, Ottawa invested in a collaboration with a Chinese company (CanSino) whose executives are part of their government’s program to incentivize people to transfer research and knowledge to China – the same authoritarian government that kidnapped the two Michaels and withheld critical virus samples once the Prime Minister publicly boasted about the vaccine collaboration. Ottawa has also invested millions in manufacturing facilities being built in Quebec and Saskatchewan, but these obviously cannot produce a vaccine in sufficient volumes in good time.

Although Ottawa’s mismanagement is responsible for delays Canadians face in vaccine supply, the federal government seems unlikely to accept its responsibility. Consistent with precedent, the government is more likely to blame the pharmaceutical innovators. For many years, Liberal governments, supported by anti-industry activists, have inhibited drug developers’ business in Canada by erecting barriers that disincentivize them from launching innovative products and establishing a best-in-class research environment in this country.

Ottawa plans to add another barrier in July when it changes the regulations of the Patented Medicine Prices Review Board (PMPRB), the federal agency whose role is to ensure the prices for patented medicines are not excessive. Most Canadians are unaware of the PMPRB nor do they understand the impact it can have on their lives. Many Members of Parliament and government officials appear to be just as poorly informed.

However, pharmaceutical and biotechnology companies and many patients with unmet health needs are only too aware of the PMPRB and the potential negative impact its new regulations will have. The changes are likely to reduce drug prices down to levels unsustainable for manufacturers which would impact their business in other countries given international price comparisons. The industry’s reaction will be to further delay launching innovative medicines and reduce investment in Canada. New data from Life Sciences Ontario reinforces this situation starkly.

Ottawa is aware of the growing potential for negative consequences the new rules will bring because it exempted COVID-19 vaccines and medicines from the PMPRB’s regular scrutiny. The sole objective of the changes is radical price reduction, even if it means Canadians’ access to new innovative technologies is delayed for years or denied altogether. Canadians should not be surprised that Canada is not a priority for vaccine makers, although they should be concerned when the virus is rapidly mutating making vaccination a priority now, not in 2022.

Our prediction: pharmaceutical manufacturers will be portrayed, as they almost always are, by Ottawa and provincial governments as being the villain. If governments and their anti-industry academic supporters think companies are charging too much – never mind that they have developed vaccines at record rates – they will condemn pharma. If developers are slow to deliver, they will again be berated. It’s time Canadian governments at all levels took responsibility for their inept procurement and dissemination processes in their health systems and recognize that the biopharmaceutical industry can bring both health and economic benefits to Canada if and when governments are collaborative.

A clear need exists for true leadership, direction and action. A reset of the planned PMPRB regulations would go a long way to engender trust and improve relations with pharma. Canadians’ lives, safety and well-being depend on it.

Nigel Rawson is an independent researcher and an affiliate scholar with the Canadian Health Policy Institute. Olaf Koester is managing partner and principal, OHWK Business Management Advisory. John Adams is cofounder and CEO of Canadian PKU and Allied Disorders Inc. and volunteer board chair of the Best Medicines Coalition.