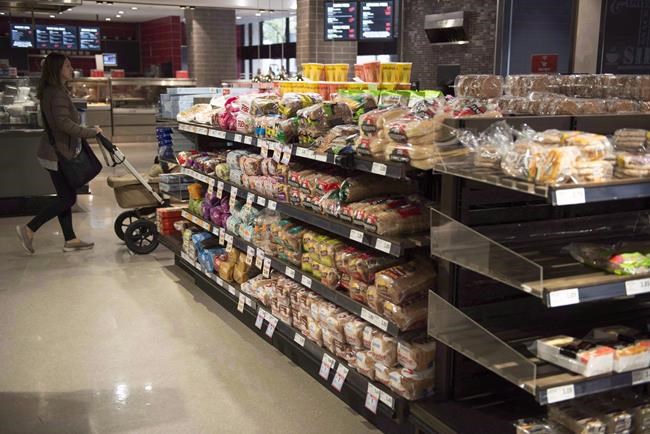 Grocery code of conduct should apply to the full supply chain.

Ottawa—Canada’s 6,900 independent grocery stores suffer from the domination of the five largest retail chains and the practices of some suppliers and want governments to produce a grocery code of cover to the entire food supply chain.

Gary Sands, Senior Vice-President of the Canadian Federation of Independent Grocers, told the Commons agriculture committee his members “compete on a landscape that is overly consolidated at the retail level. That enables the big stores to push some costs onto their suppliers, something the independents can’t do “leaving them at a decided competitive disadvantage.”

A federal-provincial working group is to report to this year’s agriculture ministers meeting on a solution to calls from farm groups and food processors for a grocery code of conduct to curb the fee increases imposed on suppliers by the large grocery store chains.

Michael Graydon, CEO of Food, Health and Consumer Products of Canada, said the five largest grocery retailers have exploited their dominance “to impose unfair and unethical business practices that hurt everyone who grows, makes, buys or sells food and other essential products. For far too long, some large grocery retailers have used farmers and suppliers as a piggy bank, imposing arbitrary fees, raising costs and paying suppliers less than they are owed, all while charging shoppers more and more.”

Sands agreed that the actions of the largest retailers pose a huge burden on the rest of the food supply chain. While independents can’t dump costs on their suppliers like the big stores do, his members also have complaints about some suppliers.

“Over the years independents have also encountered a lack of fair dealing on the part of some suppliers. Refusals to provide fair supply or fair pricing were encountered pre-COVID, during COVID and will continue post-COVID unless we begin, together, to find reasonable responses that can provide a course correction for our agrifood industry.”

Governments should include barriers and imbalances in the food supply chain and markets with a grocery code of conduct that covers the full supply chain of retailers, suppliers, wholesalers, processors and farmers “and not just a retail code, as some in the supply chain are wont to do.”

A full grocery code of conduct would be a positive development and create a generational change for our food industry, he said.

“When our members are told by suppliers that they will not be supplied with products because suppliers have hit their targets with some chains, that is not fair. In turn, lack of fair supply is also, for many communities, an issue of food security. Our members are tired of sometimes paying more for mainstream products that are sold in chains for less than the independents themselves have to pay as the cost determined by the supplier, and then being told by sales reps many times that they’ve hit their sales quotas with the chains, so no price negotiation is possible.”