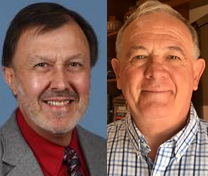 The term “high-cost” is repeated throughout these issues. That’s because the focus of the discussion paper is cost-containment for high-cost drugs, which Health Canada equates with drugs for rare diseases. Health Canada uses the term “drugs for rare diseases” 60 times in the paper to which “high-cost” or “expensive” is added almost nine times out of ten, but fails to define what is rare or expensive.

In a recent article, we reviewed the issues and options proposed by Health Canada and raised questions about related concerns – in particular, the crucial distinction between a strategy for rare diseases and a plan focused on drug costs.

One reason for the focus on high-cost is that Health Canada bases its view that all drugs for rare diseases are expensive on data from the Patented Medicine Prices Review Board (PMPRB), the federal agency whose role is to ensure the prices for patented medicines are not excessive. The PMPRB said, in 2019, expensive drugs for rare diseases in Canada accounted “for nearly one-tenth of drug sales,” but its data and analysis are biased because new drugs used to treat cancers, which are frequently expensive, are included in its category of expensive drugs. A case of mixing apples and oranges.

Drugs must be a component of any strategy for rare diseases, but drug prices are not the only factor. A rare disease strategy must include improving early detection and prevention and providing timely, equitable, evidence-based and coordinated care, in addition to providing sustainable access to potentially beneficial treatments.

Screening newborns for rare diseases is inadequate and inconsistent across Canada, without national standards or guidelines.

Diagnosing rare diseases can take months, even an odyssey of years, with patients being referred from physician to physician, often with misdiagnoses, in the hope that one will identify their condition and be able to help them. During this time, patients frequently receive treatments that may or may not be beneficial but can cost the health care system a lot of money.

Many patients with rare diseases need services and treatments that are commonly not recognized as essential to the management of rare diseases in this country. Because such specialized services are commonly lacking in much of Canada, repeated travel from home to a distant centre of highly specialized care, which may be out of province or even out of country, is often necessary. This places a profound burden on individuals and their families.

A rare disease strategy must include affordable access to drugs for rare diseases uninhibited by burdensome and restrictive coverage rules. The creation of new genetic and cell therapies following increased understanding of the human genome has led to treatments for diseases that 20 years ago were untreatable. However, their development is a time-consuming and costly enterprise with the potential for limited sales if the medicine is one of the few that makes it through pre-clinical testing to being accessible by patients. Consequently, drugs are priced to provide returns justifying the pre-marketing investment and inevitable failures, as well as produce a profit once successfully launched.

All these dimensions – early detection and diagnosing, equitable, coordinated and evidence-based care, and sustainable access to potentially beneficial treatments – are elaborated in the Canadian Rare Disease Strategy coordinated and launched by Canadian Organization for Rare Disorders in 2015. Health Canada should use this strategy as a starting point to improve the lives of Canadians living with rare disorders, instead of just focusing on cost-containment of drugs for rare diseases.

Canadians value fairness and equity. However, when it comes to health care services, a monetary cap is not applied to each patient’s requirements. No one would suggest services should be withheld from a Canadian who has a serious accident requiring months of hospital, physician and rehabilitation services because they are expensive. Politicians and government officials would never suggest that innovative drugs should be withheld from Canadians with cancer, heart conditions or similar life-threatening diseases –even those whose health issues result from unhealthy lifestyle choices are not denied treatment. To negatively differentiate between Canadians with rare diseases and those with other health issues is demeaning and insulting – perhaps even illegal under federal laws against genetic discrimination.

Canadians with rare disorders need the federal government to lead and implement a comprehensive national strategy for rare diseases. Almost all other developed countries have holistic rare disease strategies that include incentivizing research, development and commercialization of medicines. Instead, Health Canada is proposing a plan for cost-containment that will further disincentivize drug developers from launching innovative drugs for rare diseases in Canada and deprive Canadians living with rare disorders of opportunities to improve their wellbeing. Spending on drugs for rare diseases is sustainable.

Why is the government proposing to give much lower priority to the unmet needs of Canadians with rare disorders that too often are lethal and/or severely debilitating? Health Canada must prioritize patient health in its strategy for drugs for rare diseases – not cost-containment.

Nigel Rawson is an independent researcher and affiliate scholar with the Canadian Health Policy Institute. John Adams is cofounder and CEO of Canadian PKU and Allied Disorders Inc. and volunteer board chair of the Best Medicines Coalition.