Wireless prices are down, but we need better tracking 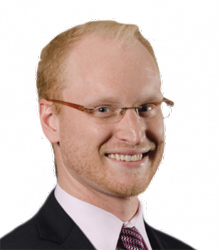 Today the Standing Committee on Industry, Science and Technology begins to dig into the telecoms matter of the day. It would be useful for them to know that cellular service prices have fallen 25 percent over the past five years, a decline that aligns with Ottawa’s promised wireless rate cut. This is important and surprising news for both Canadian consumers and the government.

The Prime Minister’s 2019 Mandate Letter to the Minister of Innovation, Science and Industry provided express political direction to reducing the average cost of cellphone services and expand mobile virtual network operators (MVNO) in the market. It directed the minister to:

“Use all available instruments … to reduce the average cost of cellular phone bills in Canada by 25 percent …. If within two years this price target is not achieved, you can expand MVNO qualifying rules and the Canadian Radio-television and Telecommunications Commission mandate on affordable pricing.”

With the federal government’s focus on wireless pricing, it is important that it have transparent telecommunications data that reflects actual prices paid by Canadians. Currently the federal government relies on “benchmark prices” based on prices advertised on websites of national operators. The government used these benchmarks to determine the reduction target for each province across 2GB, 4GB and 6GB data plans.

Accurately assessing prices across time and jurisdictions for telecommunications involves resolving differences across tiers for service and bundled pricing for a diversity of consumer profiles. With critical regulatory decisions resting on the outcome of this data tracking, the government should instead look to Statistics Canada’s reporting, which is methodologically robust and based on solid empirical work instead of relying on company websites.

Statistics Canada compiles indices for cellular and Internet access services as components of its consumer price index. The services included in the cellular services component have evolved with Canadians’ changing consumption patterns. The cellular component compiles all costs associated with the services of a wireless device in each period and evolves with Canadians’ changing consumption patterns. Since cellular plans are typically discontinued rather than modified, this index tracks several representative profiles for Canadian wireless consumers. These profiles are updated regularly with shifts in market share or new services.

Based on CPI data, cellular services saw a 25-percent decline from January 2016 to December 2020. In contrast, Canada’s all-item CPI increased more thant 8 percent over that period.

Most of the decline in cellular costs has been fairly recent, coming over 2019 and 2020. The significant decline since the summer of 2019 corresponds to the widespread introduction of “unlimited data plans.”

The regulatory consequences that hinge on whether cellular prices see a 25 percent decline make it important to get data tracking right. A fundamental challenge for mandated access for MVNOs on existing infrastructure is setting appropriate rates in a multi-product setting where different services are delivered on shared infrastructure and supported by common corporate operations. A move to create MVNOs creates great regulatory risk for the sector. Mandated access at prices set too low can produce free-riding and, by reducing the expected returns of a given investment, discourage future investments and new entry of facilities-based providers. Facilities-based providers differ widely in their internal corporate organization, physical infrastructure and mix of services. With such heterogeneous competitors, a “one size fits all” methodology for establishing rates risks dampening investment incentives for at least certain facilities-based providers.

Good data can lead to good government policy. Focusing on the robust Statistics Canada data on telecom pricing is a good place for the government to start in assessing its policy.

Benjamin Dachis is Director of Public Affairs for the C.D. Howe Institute. In his role, he furthers the Institute’s mission to improve Canada’s economic performance by enhancing the visibility, reputation and impact of its research and activities. Benjamin started with the C.D. Howe Institute in 2006 as a Research Fellow and also has experience with major U.S. and U.K. think tanks. He returned to the C.D. Howe Institute as a Policy Analyst in January of 2008, became a Senior Policy Analyst in 2011, and Associate Director, Research in 2016. From 2018 to 2019 he was the Director of Policy, Budget and Fiscal Planning for the Premier of Ontario. He was part of the Ontario government’s leadership team in developing a number of policies, including the Housing Supply Action Plan, the 2018 Fall Economic Statement and the 2019 Budget. He has an Honours Bachelor of Arts and a Master of Arts in Economics from the University of Toronto, and a Master of Science in Regional Science from the London School of Economics and Political Science.