History was made on this date in 1949 when, after a hard-fought referendum, Newfoundland entered Confederation, becoming Canada’s 10thprovince.

Though there had long been chafing at their colonial status, which included being governed by appointees from England, joining Canada was never a sure thing.  Some Newfoundlanders resisted change; others wanted to establish formal links to the United States.  It was journalist and broadcaster Joey Smallwood who worked the hardest to make the case for Newfoundland to join Confederation.  Smallwood’s vision prevailed and he went on to serve as the province’s first premier from 1949-1972.

In a famous address from Ottawa, Prime Minister Louis St. Laurent welcomed the new province. His heartfelt speech that historic day is presented below. 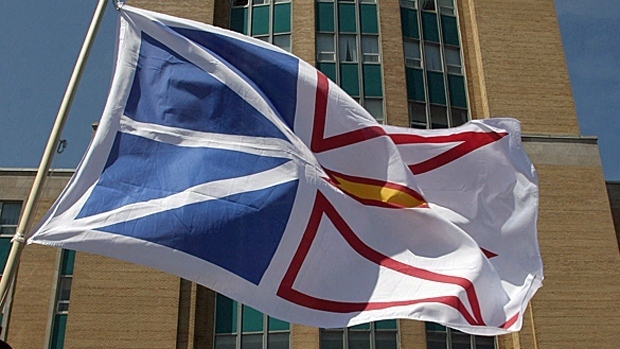 Prime Minister St. Laurent: I should like to direct my first words today to the people of the new Canadian province of Newfoundland. I know I am speaking for the people of the other nine provinces when I say that we welcome you warmly as fellow Canadians.

In greeting you as fellow citizens we do not feel that you in Newfoundland have ever been strangers. In peace we have been happy to live and work beside you. In two wars we have been glad you were in our company and we in yours. We have the same traditions and the same way of life. We are both proud of our association in the British Commonwealth of Nations. We have shared  —  and continue to share  —  a common loyalty to His Majesty the King.

At this time, when we are taking a major step in the life of Newfoundland and of all Canada, the people of the nine older provinces and those of Newfoundland are equally aware that one circumstance that has contributed to union is our common loyalty to His Majesty the King. That common loyalty will continue to be one of the most important forces in the life of our united nation. With those thoughts in mind, I asked His Excellency the Governor General to convey a message this morning  —  the first full day of the new union  —  to His Majesty, King George VI. The message reads as follows:

“On the occasion of the entry of Newfoundland into Confederation as a province of Canada I send to your Majesty, on behalf of the Government and people of Canada, the expression of our devoted loyalty together with our sincere good wishes to you and to Her Majesty the Queen. The people of Canada, those of Newfoundland and those of the other provinces of Canada, now one nation under the Crown, are happy to learn of Your Majesty’s improvement in health, and join in wishing you a speedy recovery.”

The union we celebrate today was not concluded without the most careful consideration by representatives of both Canada and Newfoundland.

In 1947, when the delegation from your National Convention came to Ottawa to see if a satisfactory basis could be found for the political union, we were pleased. We had no hesitation in making it clear that we would welcome union. But we recognized the decision was one for you to make yourselves. We were happy when you, the people of Newfoundland, decided by a free vote that you favoured union. And we are happy today to have the union completed.

In welcoming you as partners in the Canadian Nation, we, of the rest of Canada, feel you are joining a good country  —  a country of which you will come to be as proud as we are. Canada is a country with a distinctive character and distinctive qualities.

Our nation in its origin is a union of two great races that have joined their talents without merging their identities. The union includes peoples of many other national origins. Our country covers a vast area between two oceans, with great differences of soil and climate and industry. But from end to end of Canada there is an ever- deepening sense of community of interest and of purpose. We have a common pride in being Canadians. We are proud of Canada’s past and of the record of our men and women in peace and in war. We are confident of our country’s future. We feel that our nation can hold its head high among the nations of the world.

With the pleasure we have in welcoming you of Newfoundland as Canadians today, there is mingled a feeling that you could have joined no better nation. The formal union is completed today. But the real union  —  the union of hearts and minds  —  took place in the recent terrible war  —  in which Canadians and Newfoundlanders were so closely joined.

Some of those qualities are referred to by your native son E. J. Pratt who has written:

“This is their culture, this – their master passion
Of giving shelter and of sharing bread,
Of answering rocket signals in the fashion
Of losing life to save it. In the spread
Of time  —  the Gilbert-Grenfell-Bartlett span  —
The headlines cannot dim their daily story,
Nor calls like London! Gander! Teheran!
Outplay the drama of the sled and dory.”

In becoming a province of Canada, you in Newfoundland will not lose your own identity, of which you are all so justly proud.

A Canadian province is not a mere administrative unit of the central government. Each of our provinces has its won distinctive political existence and political traditions. Within its field of jurisdiction, the provincial legislature is as sovereign as the Parliament of Canada is within its field. The provincial legislature has jurisdiction over education; property and civil rights; charitable, local and municipal institutions. To the province, also, falls the primary responsibility for public hearth and social welfare.

In entrusting such jurisdiction to the province, the Fathers, in their wisdom, left to the province the primary responsibility for the protection of the family, the school, the church, the very foundations of our society.

Our constitution thus assures to each province that it may preserve its ancient traditions, its own culture and all those distinctive characteristics which add variety and colour to our national life.

Newfoundland today enters Confederation as a full and equal partner with the older provinces. It is my hope and belief that in the future the advantages of the union will be increasingly recognized by the great majority of the people of Newfoundland and of all Canada.

We are completing our union at a troubled time for all people who believe in freedom and democracy and who hope for peace. The free and peace-loving countries of the North Atlantic Community are at the present moment taking steps, within the Charter of the United Nations, to band themselves together for greater security against any would-be aggressor.

Newfoundland is in the very centre of the North Atlantic Community. Canada as a whole occupies a large part of the North Atlantic area. The nations of that whole area will be more secure in the new North Atlantic association. In the same way, Canada and Newfoundland will have greater security in being bound together in federal union. From today all Canadians, old and new, will work as one to preserve peace and to win security. And in a world where free people can work in security and peace, the opportunities for the enlarged Canada, with its ten provinces, are immense.

But while there is yet room for improvement, there is no country in the world where that improvement is more possible, or indeed, more certain. The wealth of Canada is the wealth of half a continent. The talents and the energies of our people are those of free men who work together for the benefit of all. Our wealth, our talents, our energy, and our co-operation constitute the promise of our country.

The people of Newfoundland, who have today become citizens of Canada, will share with the people of the rest of Canada in the work and in the wealth of our nation. Together, we shall strive, under God’s guidance, and with confidence in our future, to build a greater and a better land.

In conclusion, I welcome as a colleague in the Government of Canada, the Honourable Gordon Bradley of Newfoundland who this morning was sworn to the Privy Council and becomes Secretary of State of Canada.

I should like to give to the Newfoundlanders of yesterday, who are Canadians today, the assurance that, in addressing to them these words of welcome in English, I do so quite as much in the name of their new compatriots whose mother tongue is French, as in the name of those whose language is English.

They belong now to a nation whose two principal races have both retained their attachment to the traditions, to the culture, and to the language of their ancestors. That is the best guarantee to our new fellow-citizens that their entry into this new nation will not lose for them their own ancestral patrimony, but that, on the contrary, it will make its contribution with ours to the common good of all Canadian citizens.