Canadians Should Not Accept Islamophobic Practices By The CRA 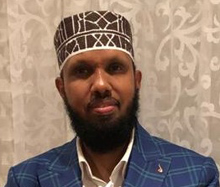 In 2018 the CRA Charities Directorate revoked the charity status of the Ottawa Islamic Centre and As-Salam Mosque. In their letter of revocation, there were claims made against two highly-respected, faith-based leaders, Dr. Abdullah Hakim Quick and Imam Said Rageah — both  members of Canadian Council of Imams (CCI). The Mosque was accused of promoting “hate and intolerance.” The CRA’s revocation was widely distributed among media circles where the allegations spread, despite barely meeting the lowest threshold for reliable information. The allegations were completely unfounded and are outright false. Although the CCI raised complaints about Islamophobia, the CRA has never retracted their defamatory statements, nor have they apologized for the damage done.

Relatedly, after a year of investigations, the National Council of Canadian Muslims (NCCM) and the Institute of Islamic Studies (IIS) have issued findings of Islamophobia and bias against Canadian Muslim charities in a report entitled ‘Under Layered Suspicion’. As a result of their findings, they have called for the suspension of the Review and Analysis Division (RAD) of the CRA which has been responsible for these issues.

Particularly troubling about the cases that NCCM has investigated is the reckless manner with which the CRA has acted without regard for the damage caused to the charities, the reputations and lives of community leadership, including the fear it has caused among donors, beneficiaries and the Muslim community at large.

The CRA is applying an arbitrary definition of what is meant by the advancement of religion which has been used to unjustly sink community organizations doing important social work. These decisions are not only extra-judicial, they reverse the common legal understanding of due process, making Muslim charities presumed guilty and in need of proving their innocence.

At the same time, it’s worth noting that the fabricated allegations against revoked charities are so hollow that criminal investigations or other legal proceedings have never followed from them anyway.

The impact of such negligent actions by the CRA start at the individual level (with the wrongfully smeared reputations of community leaders), moving into the communities in which charities work, and then nationally across the board. How can a governmental agency make and get away with false, livelihood-destroying accusations simply because the person they spread lies about is Muslim?

I have to ask how Muslims across the country could possibly trust such an agency, when the marked presence of Islamophobia in their auditing processes and auditors remains clear.

This is not something unique to this governmental agency. The Canadian Security Intelligence Service (CSIS), our Canadian Armed Forces (CAF) and the Canada Border Services Agency (CBSA) have all been investigated for the prevalence of, overt anti-Muslim hatred in their members or staff, and systemically in their policies.

The CRA is a necessary institution and thus, it should be held to account by all of us, especially the Government of Canada. We are living in a time where systemic racism, prejudice and bias needs to be acknowledged and rooted out of government agencies.

Canadians should not accept the CRA’s bias towards Muslim charities. If the Liberal Government stands by motion M-103 condemning Islamophobia, they have a duty to investigate the CRA for Islamophobic policies, protocols and practices, and bring long-lasting and much-needed change.

Imam Rashid Mohammed currently serves as the Vice President of the Canadian Council of Imams. He has worked in community service in the GTA for over 20 years.