Should Champions of Liberalism Get Behind Trudeau’s Online Speech Restrictions? 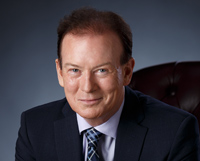 With the Liberal Party soon introducing their long-promised online “hate speech” ban, it’s important Canadians put aside any emotiveness on the issue and commit some serious thought on what’s really at stake. Although less punitive than our existing criminal hate speech prohibitions, the forthcoming bill, like the since-repealed Section 13 of Canada’s human rights code, will be much more expansive.

What scares people most about bans against “hate” is that such laws naturally fail to communicate exactly what’s punishable and what’s not. Concepts like hate speech, of course, are entirely subjective, and liberal societies have always bristled at implementing vague, open-ended laws; so easy are they at becoming tools of the powerful to suppress the powerless.

Laws that chill otherwise legal behaviour are supposed to be anathema to supporters of liberalism. After the UK’s former Tory prime minister, Theresa May, introduced a bill banning “extremist speech” in 2015, for instance, drafters struggled to find a coherent definition of ‘extremism’ and she had to abandon it. The Labour opposition championed its demise as a major victory.

Liberal societies are also supposed to be about making the sovereignty of the individual paramount. That means breaking down barriers, not building them up as speech restrictions inherently do. It’s Marxists who traditionally put the group before the individual (in the name of fighting group-based oppression); small ‘L’ liberals are supposed to treat decisions about politics, religion, and the like, as personal choices; not things to be decided on by the state.

It’s important to remember where modern hate speech-laws came from. When the UN began drafting its Declaration of Human Rights in 1948, the Soviet Empire was adamant that it include a clause banning so-called ‘fascist speech’; something they appallingly defined as language that advocated for “the bloody dictatorship of the most reactionary section of capitalism and monopolies.” Unsurprisingly, every Western nation, many whose delegates had fought the Axis just years before, hated the idea. Canada’s delegate and future Liberal prime minister, Lester Pearson, for instance, called out the Soviets for politicizing the term, stating it was abuse of language to simply apply it “to any person or idea which was not communist.”

Unfortunately, when Pearson retired in 1968, Pierre Trudeau pushed through the criminal hate-speech law we have currently. That law, however (section 319 of the Criminal Code), has never managed to inspire confidence in the Canadian public. Or others. Embarrassingly, NYU law professor and former ACLU leader Nadine Strossen took us to task over the law in her 2018 book, Hate Speech: Why We Should Resist It with Free Speech, Not Censorship. As she noted, our Supreme Court has legally defined that law’s reference to “hatred” as “unusually strong and deep-felt emotions of detestation, calumny and vilification”; and “enmity and extreme ill-will . . . which goes beyond mere disdain or dislike.” But, as she asks, how confident should this make one in delineating speech that merely communicates “disdain” from that which unlawfully communicates “detestation” or “vilification”?

Without a doubt, what progressives seem to want from such laws is admirable. According to the Library of Parliament, the central motivator of hate-censors is their belief that penalizing such speech is necessary to protect vulnerable groups from harm. That is laudable, but the next step then is to establish causation between the words and the harm. They haven’t done that.

According to a new report from the US National Telecommunications and Information Administration on hate crimes and online speech, there’s a reason why they haven’t. As the authors found, theories connecting the two “lack any definitive, or even much suggestive, empirical backing. No doubt people who commit hate crimes use social media… [but the research thus far] fails to demonstrate any causal relationship between increased social media use and increased violence.” So, with no benefits to hate-speech prohibitions, what is the actual point? A cynic might ask whether Trudeau simply intends to score points with the Marxist-leaning NDP.  Or, divert attention from the poor vaccine rollout.  Or, chill criticism of some of his policies.

While the bill hasn’t dropped, the response has so far been noticeably tepid. Considering we may be winding back one of our most cherished fundamental freedoms, it’s important to ask why.  It’s hard to answer, but moral strong-arming coupled with a lack of political leadership probably explains a lot.

Following the September 11 terror attacks, some of the more courageous columnists in the US attacked George W. Bush and the neoconservatives for, as they saw it, exploiting “national security” and using it like a ‘magic phrase’ when pushing to curb civil liberties. After all, what elected official would want to be accused of being against keeping the nation safe?  For most, unfortunately, it just wasn’t a fight worth having.

Same goes for hate-speech laws. What politician wants to be mobbed for being against ‘eliminating hate’ in Canada?  Arguing for freedom of expression unfortunately takes an amount of time and space not made available by today’s sound-bite and tweet-based media culture.  As many likely feel, it’s best just to stay away.

When pushing back against the Soviets during the UN debates, Bolivian delegate Eduardo Matienzo stated that “the surest way to cure those evils [raised by the Soviets] was to ensure basic freedoms.” “Free human beings”, he said, “always tended toward good and repudiated evil.”  This is especially the case for free Canadians. While our record on human rights isn’t perfect, it’s definitely good enough to say we deserve the kind of free, open, liberal society that we want.

Robert Stewart is a business-owner in downtown Toronto and former People’s Party of Canada candidate for Fort York-Spadina. Robert plans to run again in the next federal election.