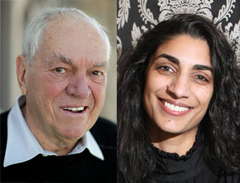 CERB repayment amnesty is a lever to reduce poverty right now. We can’t let a flaw in the design of the emergency benefit sentence people to deeper poverty for years to come.

As the federal government inches closer to revealing its budget, they’d do well to consider one easy way to counter poverty deepened by the pandemic: implement a Canada Emergency Response Benefit (CERB) repayment amnesty for those living on low incomes. It is a once-in-a-lifetime opportunity to support people hit hardest during the pandemic.

The evidence is clear that Indigenous Peoples, im/migrants, racialized people, disabled people, women, and youth transitioning out of care are among those in the lowest income brackets in Canada and have been disproportionately harmed by the pandemic. They have faced unstable work, conditions that increase the risk of infection, and inadequate access to supports that allow them to stay safe and healthy. For them, the negative impacts of the pandemic are going to be felt for years and possibly generations.

Last spring when the CERB was first introduced, it was meant to get money quickly to hundreds of thousands of people left out of Canada’s income support system. In fact, our ability to manage the economic shutdown that would control the disease’s spread relied on it. The government’s mantra was ‘provide support now, verify later’.

Last December, while much of the country was in the second wave of lockdown and national labour force metrics showed low-income workers were still suffering greatly, the CRA decided it was the time to reconcile the books on the CERB.  They spent nearly half a million dollars on postage for 441,000 letters asking recipients for further proof of eligibility or repayment.

After receiving blowback, the CRA issued repayment amnesty for self-employed workers only, and one-year interest relief for people with a taxable income of $75,000 or less who received pandemic benefits and have outstanding income tax debt. These measures are not nearly enough to ensure that people living in poverty will make it out of this pandemic without crushing debt owed to the government.

Confusing rules on eligibility and complexities between the CERB and other income support programs have put many low-income Canadian in the impossible position of having to pay back thousands of dollars they have already spent on essential goods and services that allowed them to stock up, isolate, and stay home as much as possible.

The first and most obvious design flaw of the CERB are the eligibility cliffs that hit lowest income earners on both ends. If someone earned less than $5000 in the last year, or more than $1000 per month during the pandemic, they’d be deemed ineligible. In the case of those working in precarious or cash-based economies there are challenges in obtaining required proof of employment from employers who are difficult to reach or refuse to provide necessary paperwork.

Recipients of social assistance who received the CERB can also find themselves in an eligibility trap. Many were encouraged or required to apply by their case workers without an understanding of how receiving the CERB might create eligibility problems along side other benefits, like housing subsidies. And despite the federal government’s urging against it, some provincial and territorial governments also decided to clawback social assistance or stop regular payments altogether after the CERB was received, further complicating future repayment requests.

People living on our country’s lowest incomes will never be able to repay thousands of dollars of CERB debt without serious detriment to their health and well-being. Requesting repayment is a punitive and hypocritical measure on those who have not yet seen themselves included in economic recovery planning despite the talk of an inclusive and intersectional “she-covery.”

The federal government must fully address the communication and design flaws of the CERB by extending repayment amnesty to all people living below or near the poverty line.

Ed Broadbent is Chair of the Broadbent Institute. First elected to Parliament in 1968, Ed served as an MP for 21 years, 14 of which were spent as leader of the New Democratic Party.

Ed’s concern for the deepening of inequality in Canada has been a consistent theme in all of his professional and volunteer endeavours. First elected to Parliament in 1968, Ed served as an MP for 21 years, 14 of which were spent as leader of the New Democratic Party. During his time in Ottawa, his focus was on Aboriginal and economic rights, women’s equality, child poverty, ethics in government, and tax equality. The founding president of Rights & Democracy, Ed has a Ph.D. in Political Theory and has taught at several prestigious universities. He has been invested as a Member of the Privy Council (1982), Officer of the Order of Canada (1993), and Companion of the Order of Canada (2002).

Leila Sarangi is Director of Social Action at Family Service Toronto and National Coordinator of Campaign 2000: End Child and Family Poverty. With over 20 years of front line, research and policy experience, Leila has demonstrated commitment to connecting lived reality with public policy, advocating with and engaging people in a meaningful way to inform policy and legislative changes.