Mr. Speaker, we of the Co-operative Commonwealth Federation join in felicitation of the Prime Minister on this occasion. It is indeed a remarkable achievement to have been prime minister of this great country for approximately twenty-one years. It is just over two hundred years since Sir Robert Walpole relinquished the reins of office, having been in reality and in very truth the first prime minister of any country now included in this great commonwealth of nations which share a common democratic heritage and common parliamentary institutions.

The Prime Minister has made a great contribution to the growing up, if I may put it that way, of this country; to the achievement of its maturity as a nation. Since the time he came into office at the end of the first world war, succeeding Sir Robert Borden, who had insisted on Canada signing the treaty of Versailles in its own right, he has witnessed and aided the growth of that nationhood of which we are all proud. While we remember Walpole as the first Prime Minister of Britain, the present Prime Minister of Canada will perhaps be remembered for many things, but one of them will be that, during his long term of office, Canada in very truth obtained recognition throughout the world as a sovereign nation. 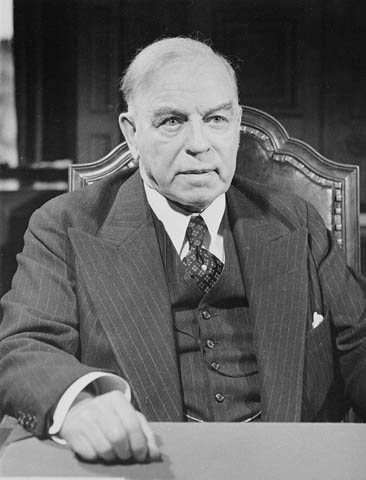