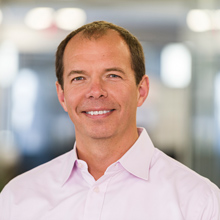 Just as the pandemic exposed troubling gaps among factory workers, healthcare providers, and vulnerable communities it also laid bare a technology gap between city and country.  When lockdowns took hold and Canadians (who could) started working from home, we learned as never before that access to the internet is an essential service. But it is a service where access is very unequal.  Residents of rural areas already suffered with inferior internet but in the past year, as our reliance has only grown, the disparity worsened significantly.

The data comes from a report just released by the Canadian Internet Registration Authority (CIRA), the not-for-profit I lead, which oversees the .CA domain.  It found that in March of 2020, the median download speed in rural areas was 5.42 megabits per second (Mbps), far behind the median of 26.16 Mbps in urban settings.

As the months of physical distancing dragged on we learned that remote work was possible, if not always desirable, and that education could also continue, even if we all recognize the importance of having children in classrooms.

In the face of these changing realities and demands, city dwellers were able to see a marked improvement in their internet.  By March of 2021, the CIRA study found that the median download speed in urban areas had grown to 51.09 Mbps, but rural access lagged behind even farther at a median of 9.74 Mbps.

The CRTC declared five years ago that broadband is a “basic service”. But the inequity is getting worse. Canadians are frustrated, and we need to get them faster internet as soon as possible.

COVID-19 created tremendous stresses for us all.  But think of how much worse it is for a student who lives in the country and cannot get online for her virtual classes. Or for a senior with a chronic condition unable to do a virtual consultation with his doctor.  Or someone suffering from a mental health crisis who cannot connect with a counsellor.

The situation is even worse in Indigenous communities. CRTC data shows that only about one-third of First Nations have access to the Commission’s “basic” internet speeds of 50 Mbps download and 10 Mbps upload with an unlimited data package.

Thankfully, there are several serious initiatives underway to help rectify the gap.

All are encouraging signs, but only the beginning.  It is estimated it could cost $8 billion to connect us all. This should be a matter of national urgency, a project supported and nurtured by government, business and non-profits as a means of not only linking us together but of offering equal opportunity.

It is within living memory that many people living in the country did not have electricity.  Think of the consequences of that.  Utilities resisted running power lines because of the cost–until finally we collectively decided that we all should have access to such an essential commodity.  We need the same mindset and commitment for internet service.

The pandemic, for all of the trauma, has forced us to open our eyes to new ways of doing things and may well produce long lasting change.  There has been a flood of people moving from the city to the country as they recognize they do not necessarily need to pay urban prices for housing and be tied to a daily commute to work.

We have the technology to support these new visions, we have the people who can make it happen.  We just need the will. Equality of internet access can and should be a grand national project, a 21 century version of the Canadian Pacific Railway.

Byron Holland is president and CEO of the Canadian Internet Registration Authority, which manages the .CA domain on behalf of Canadians.